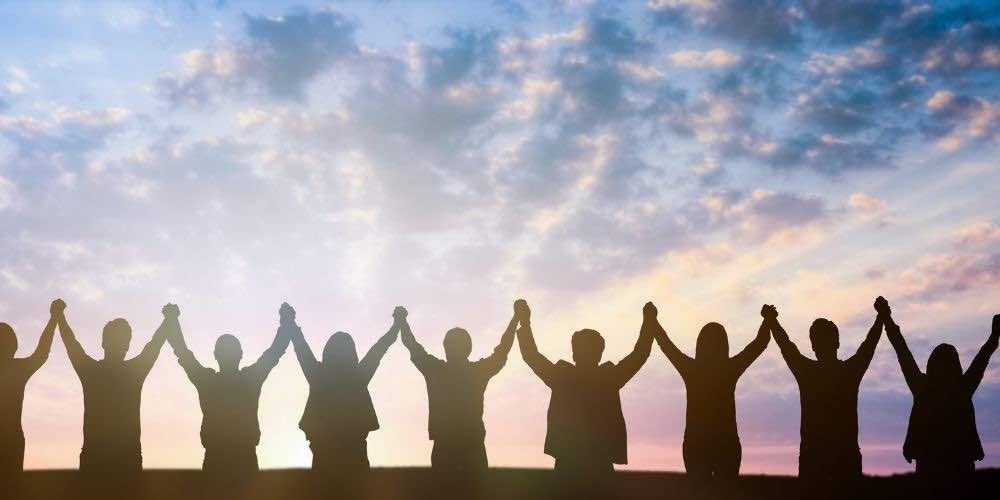 Meet the Plastic Pollution Coalition team—a small but mighty group of change-makers working toward a world free from plastic pollution. 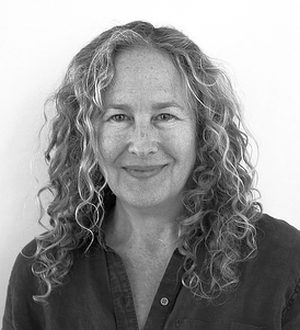 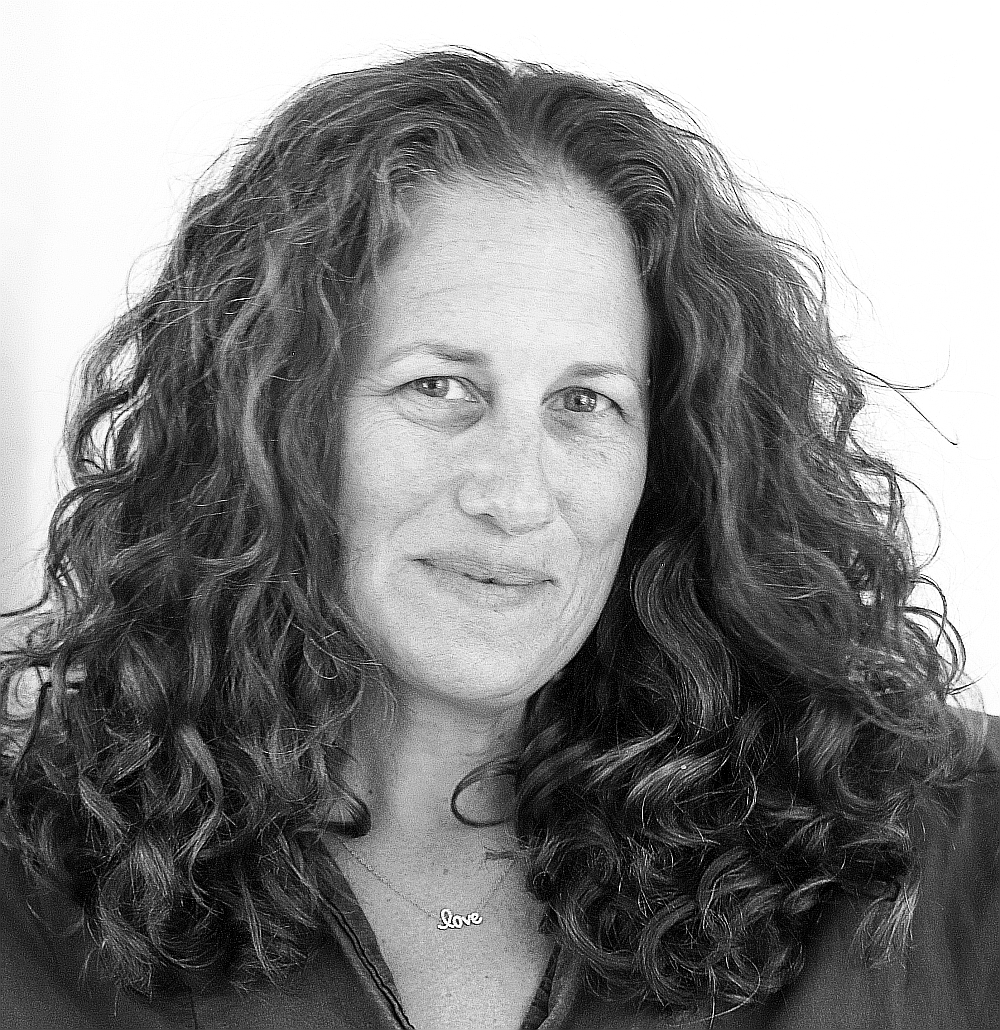 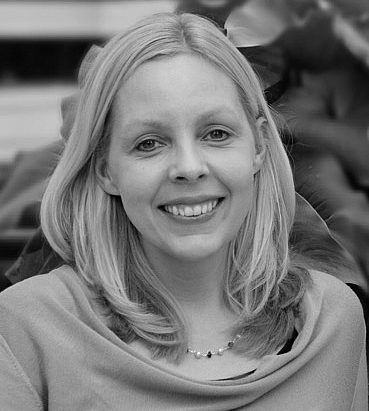 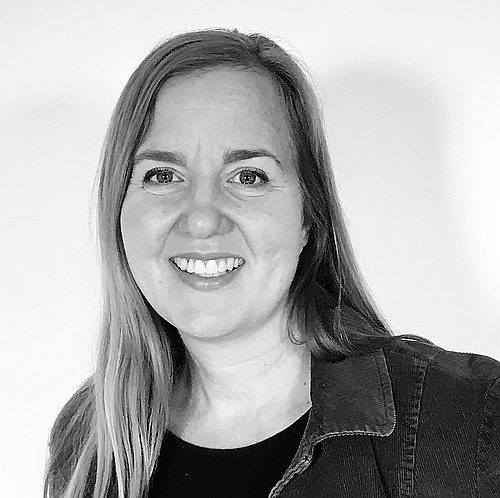 Director of Development
at PPC…Read More 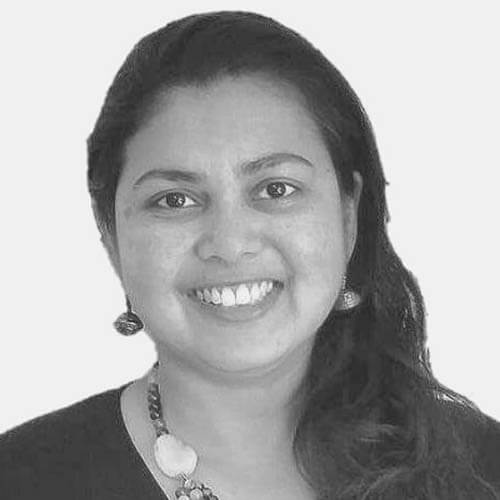 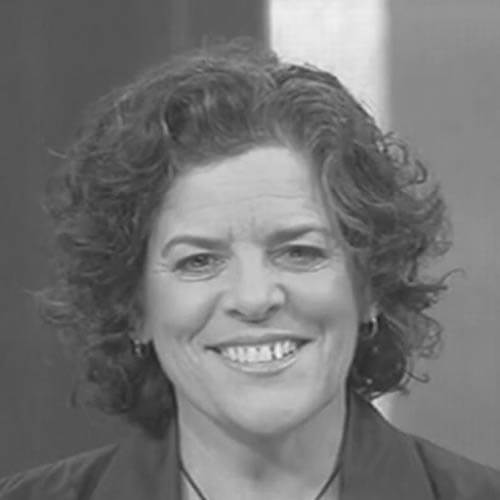 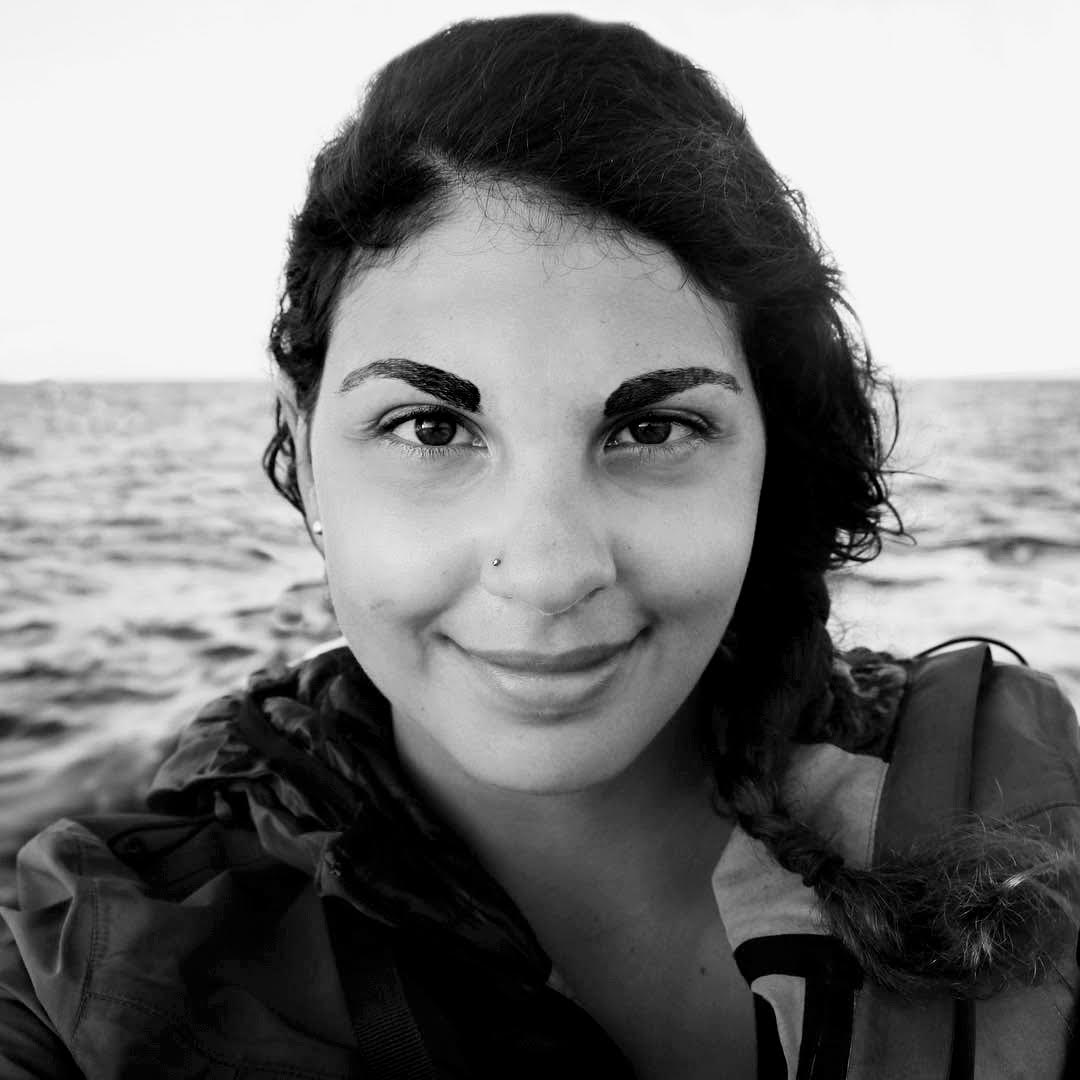 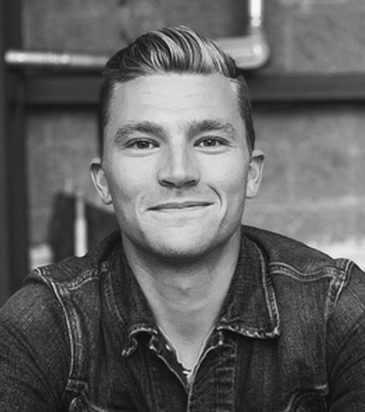 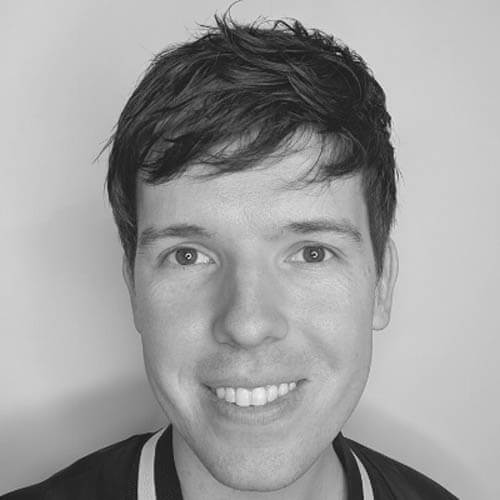 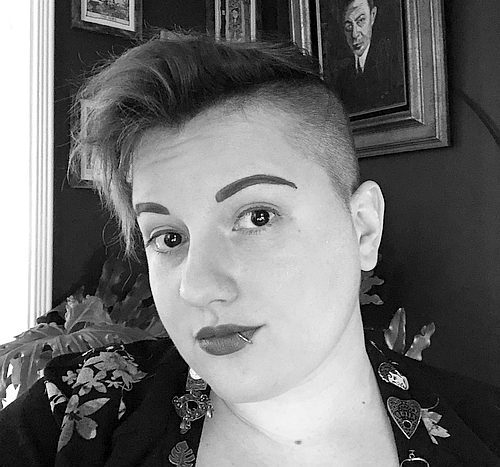 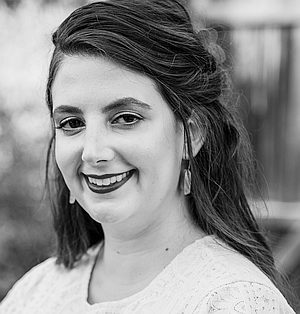 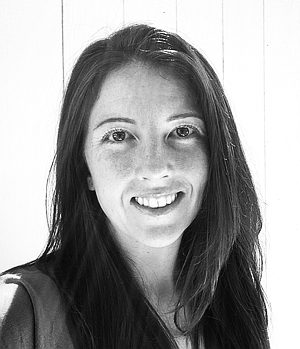 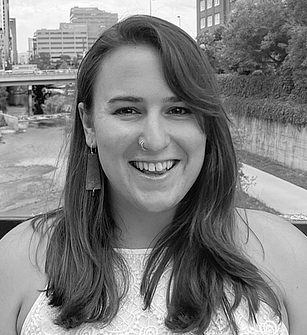 Dianna Cohen is Co-Founder and CEO of Plastic Pollution Coalition and a passionate advocate against plastic pollution. A Los Angeles based visual artist, Dianna has shown her work internationally at galleries, foundations, and museums. She uses plastic in her artwork to make a visual and social impact. With plastic bags as her primary material for the past 27 years, Cohen is interested in exploring its materiality through modifications and the material’s relationship to culture, media, toxicity, and the world at large and shared this in her 2010 TED talk “Tough Truths About Plastic Pollution.”

Dianna is a frequent speaker and media expert and has spoken at the UN and international conferences and symposia, and has been interviewed by Al Jazeera, NBC Nightly News, The New York Times, The Washington Post, The Guardian, USA Today, Martha Stewart Living, and many others. She is the recipient of the Global Green Environment Award, the Snow Angel Award, and the Environmentalist of the Year by SIMA, among others. Dianna studied Biology, Art, and Film at the University of California, Los Angeles and holds a BA in Fine Arts.

Julia Cohen is Co-Founder and Managing Director of Plastic Pollution Coalition, based in Washington, D.C. Julia has nearly three decades of experience in leading executive, strategic, communications, fundraising, and outreach efforts for a wide range of government, entertainment, and non-profit groups.

Julia has spoken at corporate headquarters, political conventions, and international conferences and symposia. She serves on the U.S. Movement Support Team of the Break Free From Plastic movement. She is the recipient of the Leadership Award from Four Generation of Leaders in Clean Energy & Sustainable Solutions.

Jen Fela is the Vice President, Programs & Communications for Plastic Pollution Coalition. She has more than two decades of experience communicating about environmental issues for various national and international organizations, including Ecological Society of America, the International Council on Clean Transportation, and Smithsonian National Museum of Natural History. She also has extensive experience in strategic planning and managing teams to create and achieve shared goals.

Jen has been focused on the plastic pollution crisis for many years—first as a journalist, then at Plastic Soup Foundation (Amsterdam, Netherlands), and more recently on the Greenpeace global plastics team. She has engaged with a variety of audiences about the plastic pollution crisis and solutions, including companies, investors, and the general public, and has a broad network of friends and colleagues in the global Break Free From Plastic movement.

Director of Development
at PPC…Read More

Julie Hudson is the Director of Development for Plastic Pollution Coalition, based in the hills of western Massachusetts. She has more than two decades of experience fundraising and advocating for environmental issues. While always concerned about plastic’s impacts on wildlife and human health, she was drawn to help solve the plastic pollution crisis after learning of the impacts of plastics on climate change.

Julie has previously worked as a Development Director for Mighty Earth, 350.org, National Sustainable Agriculture Coalition, and Center for Food Safety. Previously, she did policy work and grassroot organizing for Sierra Club and The Wilderness Society.

Roshani manages all technology related projects, including the website and CRM for Plastic Pollution Coalition. She has extensive experience working with nonprofits and technology companies, including OneWorld.net, Community IT Innovators, Ginkgo Street Labs, D-tree International, International Women’s Media Foundation, and Pact. She has a BA in International Studies and Communications from Trinity University in San Antonio, Texas, and an MA in International Development from George Washington University in Washington, D.C. Her one tip for fighting plastic pollution is: bring an Indian tiffin or a reusable container for leftovers when you eat out at restaurants. In her spare time, she enjoys traveling, photography and gardening.

She is a part time kayak guide, full time activist, and lives in Santa Cruz, California, where she teaches people of all ages how to speak truth to plastic and be an agent for change in their communities. She has advised on more than 20 local ordinances limiting single-use foodware including plastic straws.

Jackie has a BS in Health and a AS in Horticulture, and has a passion for travel, ocean sports, design, gardening, the environment, and community service. Jackie is a frequent speaker at international conferences, in the press, and was featured in the award-winning documentary Straws.

Jackie was chosen, out of a field of over 10,000 women, as part of a crew made up of over 300 multidisciplinary women that has set sail across 30 voyages over a two-year period, from October 2019- September 2021 called the eXXpedition Round the World an all-female sailing voyage and research mission. The voyage was cut short after completing 8 legs from the UK to Tahiti due to the COVID-19 pandemic. She remains a member of the select team of women as an eXXpedition ambassador, sharing resources, information and organizing talks, webinars and workshops representing eXXpedition virtually and in-person worldwide.

Erica Cirino is the Communications Manager of the Plastic Pollution Coalition. She has spent the last decade working as a science writer, author, and artist exploring the intersection of the human and nonhuman worlds.

Erica is best known for her widely published photojournalistic works that cut through plastic industry misinformation and injustice to deliver the often shocking and difficult truths about this most ubiquitous and insidious material. This includes her recent book, Thicker Than Water: The Quest for Solutions to the Plastic Crisis (Island Press, 2021), in which she documents plastic across ecosystems and elements; shares stories from the primarily Black, Brown, Indigenous and rural communities that are disproportionately harmed by industrial pollution globally; and uncovers strategies that work to prevent plastic from causing further devastation to our planet and its inhabitants.

When she’s not communicating messages about the plastic crisis, pollution, solutions, justice, and systemic change, Erica can be found trail running with her rescued street dog, Sabi; making art from microplastic; reading books; and sailing.

Aidan Maguire is the Coalition Program Manager for Plastic Pollution Coalition. Guided by systems, he believes in the power of cross-sector collaboration to address our global plastic waste crisis. Aidan brings over 5 years of experience in business management, which recently has included consulting projects and reporting focused on scaling innovative alternatives to plastics. He is completing two Master’s degrees in business and public administration with an emphasis on sustainability and social justice from Presidio Graduate School.

He is driven to protect our natural world by eliminating plastic dependency in business and beyond. When not working on this issue, he is most likely trekking through a Northern California wilderness, playing soccer with friends, or making refillable candles.

Daniel Kerry has ten years of experience working for non-profit organizations. Starting as a medical assistant and youth counselor in 2007, Daniel distinguished himself and worked his way up to administrative and executive supporting roles. A philosophy graduate from Sonoma County, CA, Daniel developed an early interest in working for organizations affecting meaningful change in the world; from group homes serving at-risk youth populations to mental health clinics serving homeless senior citizens. Plastic Pollution Coalition’s work and mission immediately attracted his interest at a time when the global plastic pollution crisis has become a burgeoning and ever-present theme in media and politics. Daniel is proud to be a part of PPC’s amazing dream team of professionals.

Amelia Hanson is the Project Coordinator at Plastic Pollution Coalition, focusing on the Flip the Script on Plastics initiative. Amelia comes from the social media and entertainment world, where she worked in People and Operations for over 5 years. With a background in theater, production and customer service, Amelia believes that people and their stories are the best foundations for powerful work.

Amelia has a degree in Television Scriptwriting from Ithaca College, where she also studied Theater Arts and Religious Studies. She has studied and volunteered in Oxford, London, Cuba and El Salvador. In her spare time, Amelia has a passion for houseplants, television, and embroidery. Raised as a Quaker in Minnesota, Amelia has an ingrained reverence for nature and our planet, and is thrilled to be a part of this team working to rid the world of plastic pollution.

Kristin is the Operations & Finance Coordinator at Plastic Pollution Coalition. Kristin brings almost a decade of nonprofit, administrative, and operations experience to the team, most recently having worked within the organic agriculture industry where she provided both internal operations support and customer service to producers seeking organic certification. Kristin has an “all hands on deck” approach when it comes to supporting organizations. She has supported Diversity, Equity, and Inclusion work, participated in brand refresh initiatives, researched industry standards and performed crop input reviews, and volunteered on sustainable farms.

Kristin received her Bachelor’s degree in International Studies from Lock Haven University. During a college ecotourism course in the Yucatan Peninsula, she participated in a beach cleanup where she saw first-hand plastic pollution’s devastation on natural areas and wildlife, which reaffirmed her commitment to stopping plastic pollution, sustainability, and climate justice. In her spare time, Kristin enjoys kayaking in nearby rivers and creeks, reading, and dabbling in various arts and crafts.

Brittany Boylan is the Development & Events Coordinator for Plastic Pollution Coalition. She has extensive experience volunteering with nonprofits and helping them in their fundraising efforts. Brittany has worked with Planned Parenthood, St. Mary’s Home, Ronald McDonald House Charities, and other nonprofit organizations. She has dual Bachelor’s degrees in Mass Communications and Psychology from the University of South Florida. When she isn’t working, she enjoys reading books, skiing, or riding her horse.

Madison Dennis is a Campaign Coordinator for Plastic Pollution Coalition. Madison has over three years of experience in environmental advocacy and communications. She has led campaigns across local, federal, and international communities to protect marine wildlife, bolster clean energy, and expand digital equity. In her work, Madison prioritizes systems based, collaborative solutions that center the impacted communities and environment.

Madison has a BS in Global Resource Systems from the University of British Columbia, focusing on marine biology and conservation. While earning her degree, she witnessed the devastating impacts of plastic pollution on our oceans, but also the communities who rely on ocean systems for food, income, and way of life. She is excited to minimize our reliance on plastics and advocate for a sustainable future with PPC. When not advocating, you can find Madison backpacking, mountain biking, or poking around the tide pools.