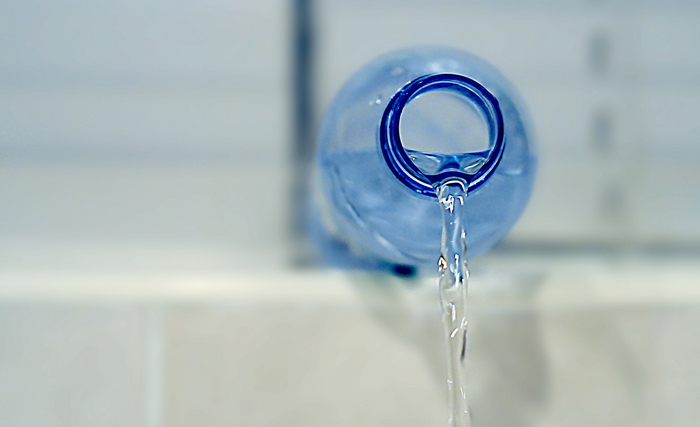 In the midst of California’s historic drought, Nestlé Waters—the largest bottler of water in the world—is drawing millions of gallons a year from the drought-ravaged San Bernardino National Forest in Southern California.

Nestlé siphons groundwater on public lands and bottles it in plastic, then sells it back to people at hugely inflated prices. As in the case of their Arrowhead brand, which is sourced from these watersheds, they use imagery of pristine mountains to market it. Watch and share a new film “This Land Is Our Land” by Story of Stuff, and sign the petition to fight Nestlé:

While filming in Southern California, the Story of Stuff team uncovered hard evidence that Nestlé has been operating outside the bounds of the law, according to a letter by Executive Director Michael O’Heaney:

When Nestlé’s permit to remove water expired 27 years ago, the U.S. Forest Service should have turned off the spigot. But instead, it has allowed Nestlé to continue operating unabated, in violation of the terms of its own permit.

So to defend the public resources at stake, we’ve joined with two great partners—Courage Campaign and the Center for Biological Diversity—to turn up the heat on Nestlé by filing a federal lawsuit challenging the company’s illegal occupation of these public lands.

Nestlé’s permit to transport water through a pipeline across Southern California’s San Bernardino National Forest expired in 1988. But the U.S. Forest Service, which is charged with ensuring public land resources are well managed, has bowed to pressure from Nestlé to allow the corporation to continue pumping water.

Every year, Nestlé has paid $524 to the Forest Service to operate its pipeline, nowhere near what the water it removes is worth. Nestlé then turns around and sells that water back to Californians and others in plastic bottles,making millions in the process.

And while California residents and businesses have significantly reduced their water use to combat the drought,Nestlé has refused to do its part. In fact, when asked if Nestlé Waters would consider stopping its bottling operations in California, CEO Tim Brown told KPCC public radio, “Absolutely not…In fact, if I could increase it, I would.”

Nestlé is feeling the pressure from the hundreds of thousands of people around the world who’ve spoken out through petitions and other actions. Now it’s time to up the stakes, and send a message to Nestlé’s corporate headquarters. That’s why we’ve filed suit: to force the Forest Service to stop Nestlé’s illegal operation and undertake a full review of its permit once and for all.

Watch and share our new film, and learn how you can join the fight against Nestlé!

Nestlé’s abuses in San Bernardino are too egregious to ignore, but this is merely one chapter in a larger, worldwide Story. Nestlé Waters operates in 36 countries worldwide, gobbling up precious water sources by bullying communities or buying local governments.

Help stop the privatization and bottling of a shared resource. Sign the petition.