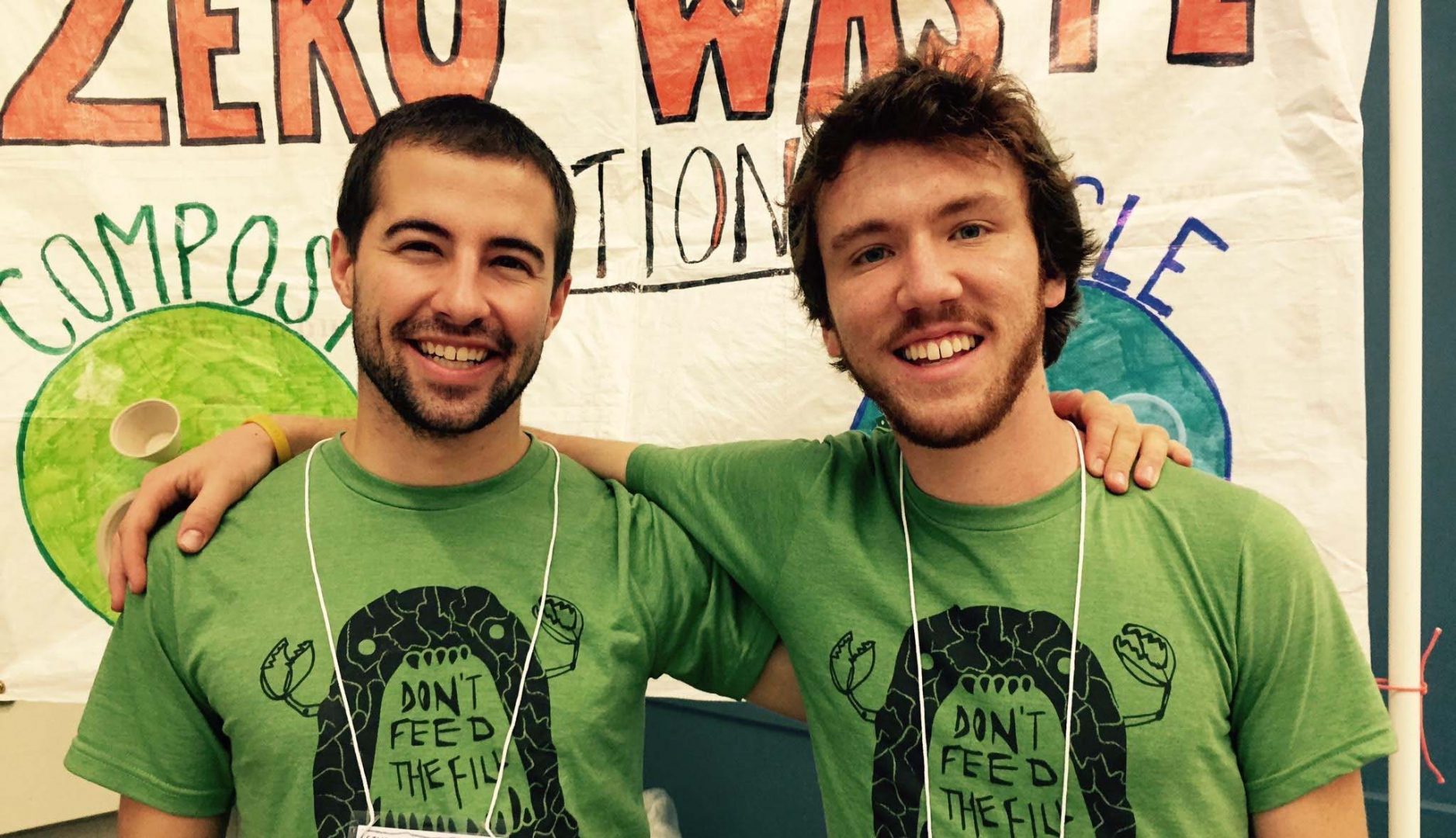 These Students Are Trying to Get Zero-Wasted

Home » Environment » These Students Are Trying to Get Zero-Wasted

At the end of every semester, as college students leave their campus dormitories, at least some of their stuff stays behind. Futons and mini-fridges are left by the dumpster, tables and textbooks and speakers and such are abandoned in all sorts of ways, much of it ending up in landfills. When the next semester is about to start, the same items are seen being offloaded at the curb, to be moved in and lived with by a new crop of residents.

Like most cycles, this one repeats itself. But students at a growing roster of colleges and universities from New Hampshire to California have a PLAN to interrupt it.

In its first year, contingents from nine schools that formed the fledgling New Hampshire-based Post-Landfill Action Network were able to keep an estimated 65 tons of waste out of landfills by collecting reusable items after classes ended in the spring, revamping and reselling them. The organization has grown steadily since, and now PLAN is planning its 3rd Annual Students for Zero Waste Conference, to be held this November at the University of New Hampshire in Durham. Registration has just begun, and the organization is actively looking for experts in the zero-waste movement, environmental justice, and general sustainability to serve as speakers and workshop leaders.

Register for the 2016 Students for Zero Waste Conference

The PLAN premise, that waste does not have to be a given in human society, is treated as a matter of logistics within the PLAN cooperative network of student leaders. Waste, after all, is a human construct, and the nonprofit’s aim is to create zero-waste solutions in their campus communities by launching programs to reduce, reuse, and recycle everyday items and materials, including tons of electronics that contain lead, mercury, flame retardants—which are plastics—and other carcinogens that can introduce toxicants into landfills. According to the PLAN website, “This is a recurring problem at universities nationwide. What’s more, it represents a fundamentally broken pattern of consumption—using Earth’s finite resources to create toxic trash that poisons people and pollutes the planet. If we don’t change course, we face resource depletion and growing toxicity in our air, soil, water, and bodies.”

Ninety percent of the 250 million tons of waste created annually in the U.S. can be reused, recycled or composted, according to PLAN organizers, who call waste “just resources in the wrong place.” To deal with their own campus refuse, a group of University of New Hampshire undergraduates created Trash 2 Treasure in 2011, a program designed to retrieve discarded but reusable student stuff.

According to co-founder Alex Freid, when the organization looked across the U.S. for ways to replicate the UNH program, they found hundreds of similar initiatives from efforts to ban bags to recycling programs to pizza box composting efforts and more—the student-led zero-waste movement was already happening. “There are over 2,000 colleges and universities in the U.S.,” says Fried. “Some support these solutions, but many are just getting started.” Foundational documents, protocols, even budgets to run these programs already existed when Freid and his student colleagues began investigating, but the movement needed an organizing body to help it grow.

In 2013, the idea spread to nine campuses; in 2014, it spread to 40. Hundreds of tons of waste have since been diverted from landfills, over five tons of food and clothing have been donated to local shelters, and thousands of dollars on back-to-school shopping have been saved by students, all under what has been re-named the Post-Landfill Action Network.

PLAN is ultimately working to elevate the conversation about the waste crisis by:

Above photo courtesy PPC: Team Leader Collin Rees and Co-Founder and Director Alex Freid at the 2015 Students for Zero-Waste Conference at University of New Hampshire in Durham.