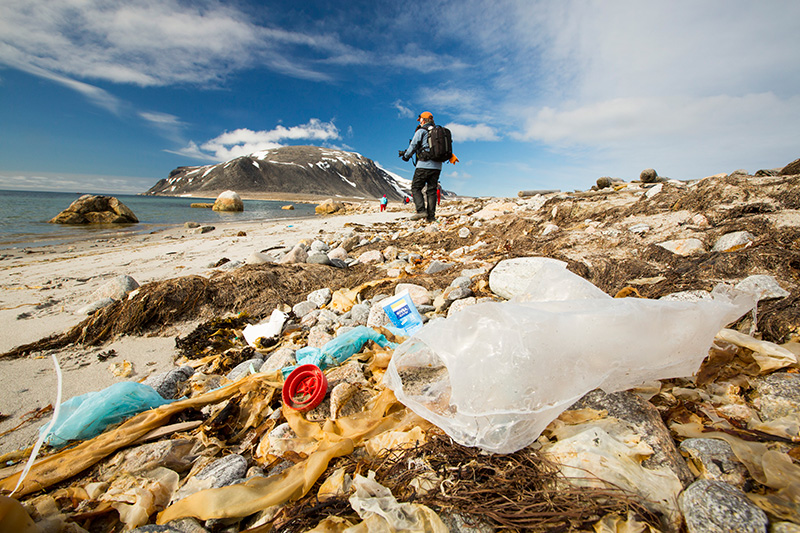 Marine Plastic Pollution: A New Link in the Food Chain?

The constituents of plastics, as well as the chemicals and metals they absorb, can travel into the bodies of marine organisms upon consumption, where they may concentrate and climb the food chain, ultimately into humans. This topic has attracted interest and funding from the U.S. Environmental Protection Agency, the National Oceanic and Atmospheric Administration and the National Academy of Sciences, as well as researchers, nonprofit groups, and institutions around the world.

At this point “there are more questions than answers,” says Richard Thompson, a professor of marine science and engineering at England’s Plymouth University. Thompson coined the term “microplastics” in 2004 and later undertook a three-year study of these particles in the marine environment for the UK’s Department of Environment, Food, and Rural Affairs. “From a human perspective,” he says, “at the moment I think there’s cause for concern rather than cause for alarm.”

The gift-giving season is upon us and you don’t...