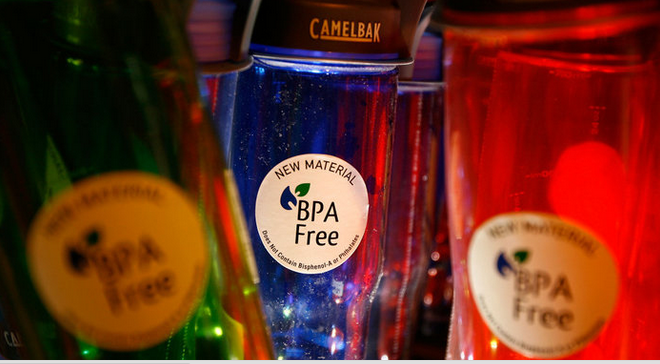 Why BPA Should Be Banned

Home » Science » Why BPA Should Be Banned

Want to lose weight, reduce your risk for heart disease and cancer, and ward off diabetes? Start by putting down that soda and skipping the canned soup during your next supermarket visit. These products and health concerns might seem like they have nothing in common, but they’re all united by a single chemical compound that the U.S. Food and Drug Administration shamefully failed to ban from food and drink packaging last week.

Bisphenol A, or BPA, is a hormonally active chemical found in everything from cash register receipts to soup and beverage cans. After coming under fire in recent years for their use of BPA, every major drink container and baby bottle manufacturer has phased out the use of the compound and now label products as BPA-free. Earlier this year, after high levels of BPA were reported in soup can lining, Campbell’s pledged to phase out the use of the toxic chemical.

The alarm over the widespread use of BPA is entirely warranted. BPA has been linked with increased risk for cardiovascular disease, breast and prostate cancer, early puberty, obesity, diabetes, infertility, erectile dysfunction, and learning and attention-related disorders. Most importantly, a new review of more than 800 studies published last month in the journal Endocrine Reviews shows that even extremely small doses of BPA can be toxic. The study authors conclude that due to the effects of low doses of hormone-disrupting chemicals, “fundamental changes in chemical testing and safety determination are needed to protect human health.”

For the past several years, the Breast Cancer Fund, the Natural Resources Defense Council (NRDC), and other leading environmental health groups have been urging the FDA to ban the use of BPA in food packaging. In 2008, the NRDC filed a citizen’s petition arguing that the FDA should ban all uses of BPA that result in it being found in food. Despite the legal requirement to respond to the petition, the FDA did nothing. In 2010, the NRDC sued the federal agency to force a response. The consent judgment that settled this case in the U.S. District Court for the Southern District of New York in December required the FDA to respond to the NRDC’s petition by March 31.

Some opponents of the petition, such as the American Chemistry Council and the North American Metal Packaging Alliance, claimed that banning BPA is unnecessary. Citing companies like Philips Avent that have chosen to self-regulate, they maintained that enough has already been done to curb the most dangerous uses of BPA. But not all companies self-regulate, nor can they be expected to. As consumer products are increasingly manufactured overseas, it is critical to set high standards for safety in domestic manufacturing. It is also important to be able to hold imports to the same regulatory standards.

In the past, other toxic materials have been routinely used in consumer products even after the devastating health impacts were discovered. Lead-based paint, found to cause kidney damage and developmental delays in children under 6, was once used on furniture and walls until the Consumer Product Safety Commission banned its use in 1977, and was used in toys until 2008. In 1989, after decades of widespread use, the Environmental Protection Agency banned the use of asbestos, a cancer-causing insulation, in products such as corrugated cardboard and certain types of pipe insulation (though it is worth noting that even today, many consumer products can still legally contain trace amounts of asbestos).

Thousands of people could have been spared the harmful side effects of exposure to these toxic materials if manufacturers had self-regulated and regulatory agencies had acted quicker. Similarly, if regulators had heeded the groundbreaking BPA research studies conducted by independent scientists since the 1990s, use of the chemical could have long ago been phased out. Because BPA so easily leaches out of plastic and aluminum consumer products and into human and animal bodies, and because it is toxic in even small doses, it should be banned from all food packaging. Consider this: Why bother buying certified organic when healthy food is packaged with toxic chemicals, no label or warning required? Perhaps we can avoid lead in our paint or asbestos in our insulation, but how can we be expected to avoid the ubiquitous use of BPA in the lining of canned food?

Despite the FDA’s refusal to act, a nationwide ban is critically needed. Eleven states have already banned the use of BPA in some infant feeding products. Supported by sound scientific research and bolstered by successful efforts to ban the use of BPA in other countries, a concerned alliance of national and international organizations, including the Breast Cancer Fund and the Plastic Pollution Coalition, rallied behind the NRDC’s petition and lawsuit. A growing list of celebrities, including Martha Stewart and Jeff Bridges, also pledged their support to the cause. The fact that the FDA ignored the growing chorus of concerned citizens, scientists, and public health and environmental advocates is alarming.

The FDA is tasked with monitoring and upholding a high standard of public health and food safety. By seemingly bowing to pressure from manufacturers and ignoring disturbing scientific evidence of harm, the FDA has effectively allowed for the continued use of toxic chemicals in food and drink packaging will only cause further preventable harm. How can we trust a regulatory agency entrusted with the safety of our food supply when, on the issue of BPA, they fail to regulate at all?