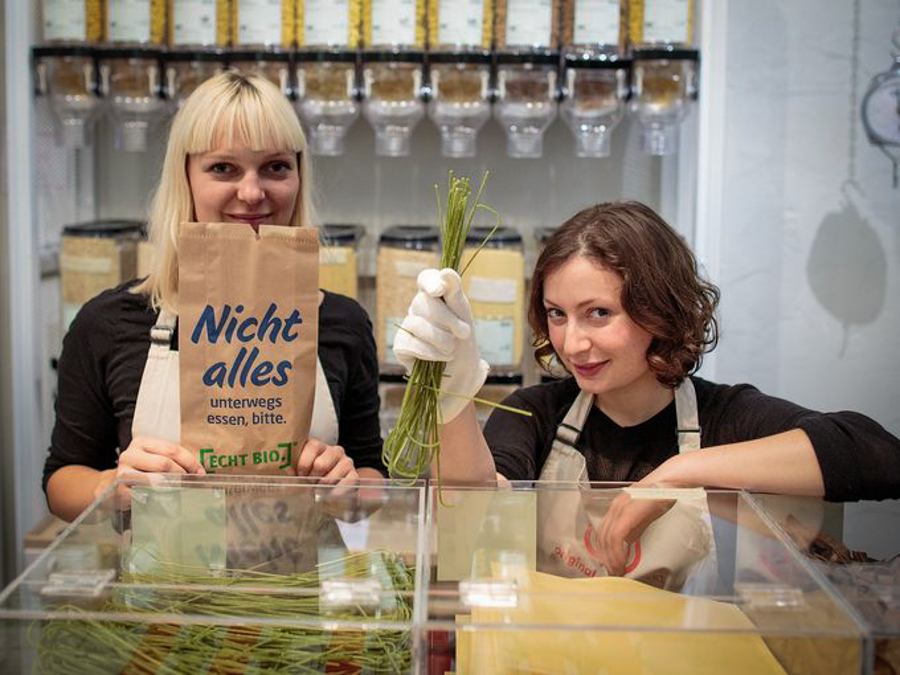 Humans always think they can improve upon nature. Take bananas. Growing in large clusters, each one is covered in its own sheath several millimeters thick. The tropical fruit has a good chance of being plucked from a tree in Costa Rica, tossed on a truck bed, then into a box with other bananas, shipped thousands of miles and eventually lobbed onto grocery store shelves, where it will be handled by who knows how many people until the right one comes along to pick it up, put it in a cart, toss it onto a counter and into a bag and then finally home to a kitchen counter where it will eventually be picked up, peeled and eaten.

The unadulterated banana has to be tough to withstand all that. And because of its natural wrapper, it is. But humans decided to give it a little help anyway, and so they began wrapping it in plastic. Of course, that plastic packaging will end up in a landfill forever, while the natural banana sheath will biodegrade in about a week. Nature clearly wins again.

In Berlin, a new kind of store has opened that eliminates all the excess material our groceries are wrapped in. At Original Unverpackt (Original Unpackaged) the goal is to create zero waste by making it easy for customers to purchase exactly how much they actually need, reducing overconsumption and waste. Original Unverpackt carries organic produce and other staples that customers put in their own reusable bags, plus a bulk bin system that includes dispensers for things like shampoo and even milk. Customers just bring their own containers.

Read the whole story by Khadija Khan on PlaidZebra.com…