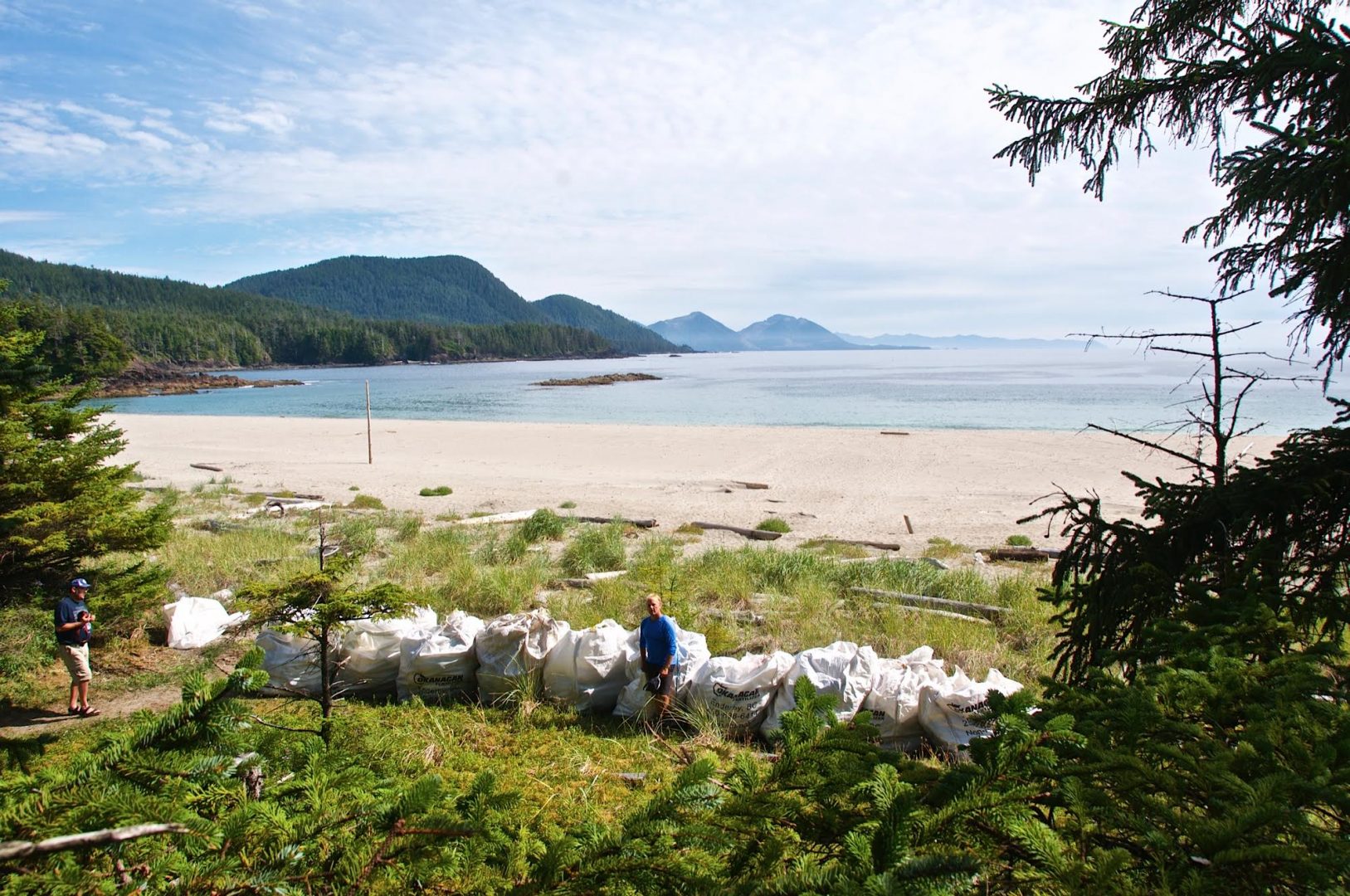 British Columbians Show How to Clear a Coast

Home » Ocean » British Columbians Show How to Clear a Coast

Living Oceans Society volunteers give us a step-by-step guide in coastal stewardship:

Living Oceans volunteers locate, remove and dispose of marine debris on and around northern Vancouver Island shorelines. Read more about it on their website here.

Sointula is a small fishing village on Malcolm Island in British Columbia, between Vancouver Island and the B.C. mainland, where fishing floats and plastic bottles comprise the bulk of material washed up on its beaches. But from that little outpost, an energized local group of ocean advocates conducts a big operation: the protection and care of Canada’s northern Vancouver Island coastline. Living Oceans Society has been a leader in the effort to protect Canada’s oceans since 1998.

The group is focused exclusively on marine conservation, using science-based policies that take into consideration entire ecosystems. Especially the part of those systems that is occupied by humans and their capacity to do harm.

The organization has a simple vision: To ensure “Canada’s oceans are sustainably managed and thriving with abundant and diverse sea life that supports vibrant and resilient communities.”

We cannot, as a species, achieve anything approaching sustainability while continuing to degrade our natural environment. At the same time, we view people and their communities as a part of the ecosystem and we consider their impact in our solutions.

Among many initiatives, including sustainable seafood, ocean acidification and environmental threats from oil tankers, the people on the B.C. coast are worried about floating debris that is increasingly ending up on their shores. The Living Oceans initiative Clear the Coast coordinates the efforts of local volunteers, community organizations, service clubs, businesses and local governments that want to pitch in and help clean it up.

Visit the Living Oceans website to learn more about how this community is making a difference, and check out their Clear the Coast interactive map that monitors the location of marine debris on its shorelines.

3 responses to “British Columbians Show How to Clear a Coast”