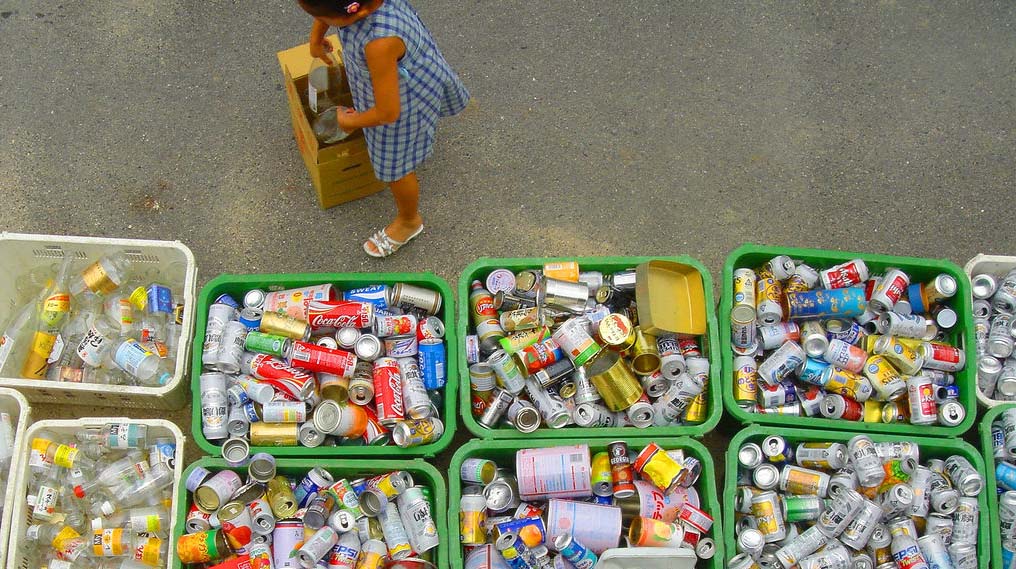 Is it Time to Rethink Recycling?

Home » Environment » Is it Time to Rethink Recycling?

This article originally appeared on Ensia. It is re-posted here with permission.

Criticize recycling and you may as well be using a fume-spewing chainsaw to chop down ancient redwoods, as far as most environmentalists are concerned. But recent research into the environmental costs and benefits and some tough-to-ignore market realities have even the most ardent of recycling fans questioning the current system.

No one is saying that using old things to make new things is intrinsically a bad idea, but consensus is building around the idea that the system used today in the United States on balance benefits neither the economy nor the environment.

In general, local governments take responsibility for recycling. The practice can deliver profits to city and county budgets when commodity prices are high for recycled goods, but it turns recycling into an unwanted cost when commodity markets dip. And recycling is not cheap. According to Bucknell University economist Thomas Kinnaman, the energy, labor and machinery necessary to recycle materials is roughly double the amount needed to simply landfill those materials.

Right now, that equation is being further thrown off by fluctuations in the commodity market. For example, the prices for recycled plastic have dropped dramatically, which has some governments, many of which have been selling their plastic recyclables for the last several years, re-thinking their policies around the material now that they may have to pay for it to be recycled. It’s a decision being driven not by waste management goals or environmental concerns, but for economic reasons that could feasibly change in the next couple of years.

Not only that, but in some cases recycling isn’t even what’s best for the environment.

The solution, according to economists, activists and many in the design community, is to get smarter about both the design and disposal of materials, and shift responsibility away from local governments and into the hands of manufacturers.

Because most people dispose of used aluminum, paper, plastic and glass in the same way — throw them into a bin and forget about them — it’s easy to think that all recycled materials are created equal. But this couldn’t be further from the truth. Each material has a unique value, determined by the rarity of the virgin resource and the price the recycled material fetches on the commodity market. The recycling process for each also requires a different amount of water and energy and comes with a unique (and sometimes hefty) carbon footprint.

All of this suggests it makes more sense to recycle some materials than others from an economic and environmental standpoint.

A recent study by Kinnaman provides research to back up that assertion. Using Japan as his test case — because the country makes available all of its municipal cost data for recycling — Kinnaman evaluated the cost of recycling each material, the energy and emissions involved in recycling, and various benefits (including simply feeling good about doing something believed to have an environmental or social benefit). He came to the controversial conclusion that an optimal recycling rate in most countries would probably be around 10 percent of goods.

But not just any 10 percent, Kinnaman cautions. To get the most benefit with the least cost, we should be recycling more of some items and less — or even none — of others. “Although the optimal overall recycling rate may be only 10%, the composition of that 10% should contain primarily aluminum, other metals and some forms of paper, notably cardboard and other source[s] of fiber,” he wrote in a follow-up piece in The Conversation. “Optimal recycling rates for these materials may be near 100% while optimal rates of recycling plastic and glass might be zero.”

Kinnaman’s assertions about plastic and glass have to do with the cost and resources required to recycle those materials versus the cost and availability of virgin materials. But he’s not without his critics, particularly on the plastics front, given that he describes the environmental impact of making virgin plastic as “minimal,” a conclusion based more on the emissions and energy required to recycle plastic than the fact that the stuff persists in the environment forever. Still, Kinnaman’s point — that we need to be choosier about what we recycle — has resonated with environmentalists and waste management experts alike.

We may also need to find a way to decouple recycling from the commodities market. What’s happening with plastics right now is a good example of why. In the eastern U.S., to cite just one example, prices for recycled PET plastic fell from 20 cents a pound in 2014 to less than 10 cents a pound earlier this year, while recycled HDPE prices dipped from just under 40 cents a pound in 2014 to just over 30 cents per pound today. That’s thanks to a confluence of factors: Oil prices have dropped from US$120 in 2008 to less than US$35 a barrel today; growth in the Chinese recycled goods market dropped from its typical steady, double-digit annual growth to 7 percent in 2015; and the dollar is strong, which makes American recycled materials more expensive than their European or Canadian counterparts.

Changing technologies can also play a role in determining what does or does not make sense from a recycling standpoint. “The price drop has come at a time when a lot of cities have severe budget constraints anyway, so some communities are beginning to look more skeptically at recycling,” says Jerry Powell, a 46-year veteran of the recycling industry and longtime editor of the recycling industry trade publication Resource Recycling. “But three years ago, when we had record-high prices, they were expanding their recycling efforts.”

Powell adds that changing technologies can also play a role in determining what does or does not make sense from a recycling standpoint. Recycled plastic, for example, was largely used in carpeting 15 years ago, but these days more of it is making its way back into beverage bottles.

“Nestlé has really led the way on this — they knew they needed more recycled material and so they have invested in processing infrastructure and agreed to pay slightly more for recycled plastic,” Powell says. “Fifteen years ago there was zero recycled plastic going toward making new bottles. Now more is going into bottles because the technology has improved, we’re collecting more plastic, and consumers are more aware and are asking for more recycled content.”

If Not Recycling, Then What? Read more at Ensia.

9 responses to “Is it Time to Rethink Recycling?”