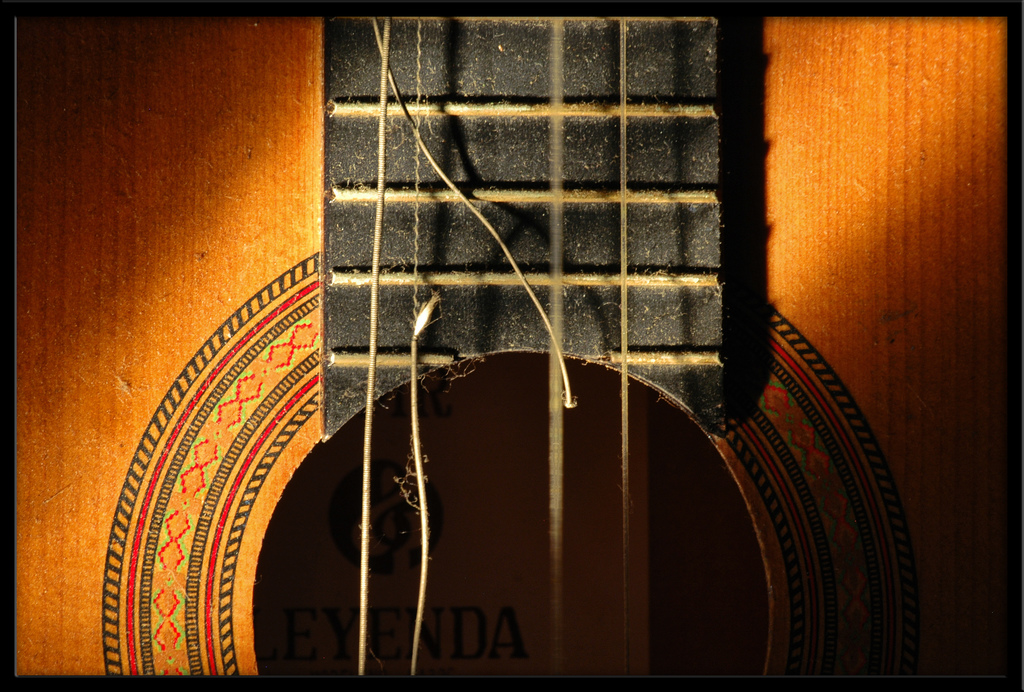 Believe it or not, 1.5 million pounds of used strings from guitars and other instruments are sent to landfills every year — enough to recreate the Statue of Liberty two and a half times. And yet, strings are not recycled through municipal recycling programs. Where is the justice in that?

To help reduce waste, the world’s largest musical instrument string maker D’Addario & Co., and global recycling organization TerraCycle, have a proposition for musicians: send in your used strings and get redeemable points. The program, titled “Playback,” deploys Recycle and Restring events at venues like the four-day Bonnaroo Music + Arts Festival that just wrapped in Tennessee. Cleanup crews are cleaning that up as we speak.

And while tons of paper, aluminum and plastic from concession sales at the event will get a good sort and sendoff to recycling centers because of a concentrated effort by event organizers, every string that popped during Roo’s 150 performances means their synthetic cores and host of valuable metals — high quality aluminum, stainless steel, brass, tungsten, a variety of special alloys and even pure silver — might just have been landfilled had the Playback program not been in place.

D’Addario not only rewards players for recycling D’Addario strings, but will accept all other string brands in the Playback program. “We’ve gotten 50-gallon drums full of used guitar strings sent to us by (guitar shops),” said Brian Vance, D’Addario’s director of product management.

Vance said the company constantly looks for ways to reduce waste not only in working with organizations like TerraCycle to deal with strings’ end-of-life, but also in packaging, and in corporate culture. The company’s founder, Jim D’Addario, came up with a way to color code the strings so that they don’t have to be packaged in individual bags like other strings. “We eliminated total packaging mass by 70 percent,” Vance said.

Playback isn’t the very first string recycling program. Warchal, a Slovakian violin, viola and cello string maker, started a take-back program in 2012, and even before that, France’s Blue Music Tools began a limited recycling program of its strings and packaging in 2009. On another note, Wear Your Music takes back guitar strings from hundreds of big-name musicians including, Eric Clapton, Bonnie Raitt and Ziggy Marley, and fashions bracelets out of them, then donates proceeds to the artists’ charity of choice.

D’Addario sponsored 40 Playback Recycle and Restring events across the United States throughout the month of April in celebration of International Guitar Month and Earth Day. For every quarter-pound of instrument strings — the equivalent of six sets of acoustic guitar strings — players earned 100 Players Circle points. Go to the Playback page for more information on how to participate.