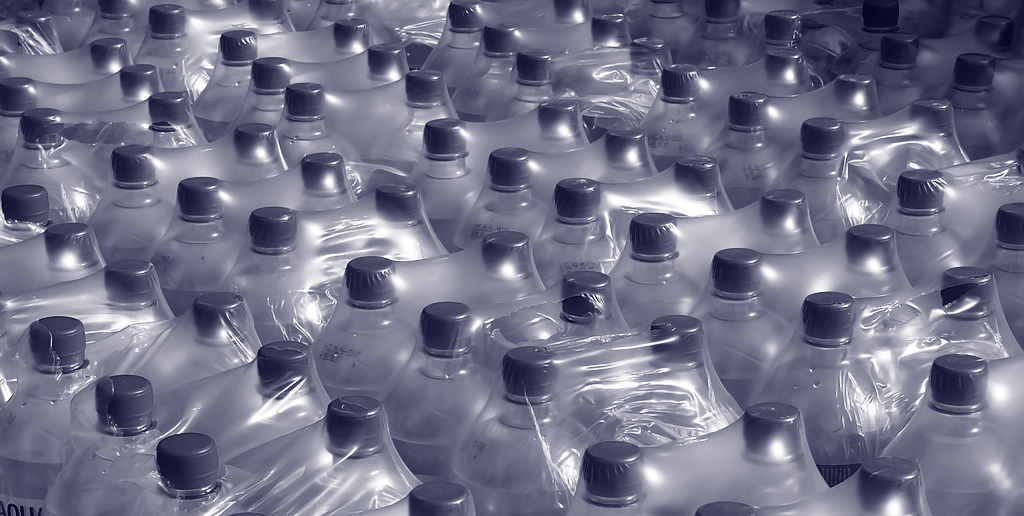 The Irony of One Polluter’s Bottled Water Proffer

Home » Environment » The Irony of One Polluter’s Bottled Water Proffer

The New Hampshire Department of Environmental Services has announced it will expand deliveries of bottled water to approximately 400 properties in the towns of Merrimack and Litchfield that are served by private water wells. The reason: they are contaminated with perfluorooctanoic acid (PFOA), and the problem is apparently getting worse.

The source of the contamination: the Saint-Gobain Performance Plastics plant in Merrimack.

In other words, the plastics manufacturing plant is poisoning the well with the chemical PFOA, and their solution is to provide free water that is bottled in plastic, which can leach other chemicals, including bisphenol A (BPA) and phthalates.

Drinking water wells that are within a 1-mile radius of the plastics plant have been found to contain greater than 100 parts per trillion of PFOA, a man-made chemical with many commercial uses that makes things non-sticky, waterproof and greaseproof, including clothing, cookware, carpets, furniture, food wrappers and more, according to Environmental Working Group.

The U.S. Center for Disease Control and Prevention found PFOA present in the serum of all subjects tested. The toxin, also known as C8 and commonly known as Teflon, is manufactured by DuPont, and is the target of 3,500 pending lawsuits linking it to various cancers. BPA and phthalates are both known endocrine disruptors.

In a statement issued April 7 by NHDES, the state has expanded its investigation of PFOA in the water to 1.5 miles around the Saint-Gobain plant.

“Saint-Gobain has communicated to NHDES that they are willing to provide the bottled water for this expanded effort,” according to the statement. Claimants must provide proof of identification and address.

The plant will be providing bottled water while NHDES and Saint-Gobain continue to investigate the elevated levels of PFOA in groundwater. Meanwhile, according to the statement, “The bottled water being provided to residents has tested “non-detect” (levels too low to detect) for all perfluorochemicals (PFCs), including PFOA.”

For more information related to the investigation, see the NHDES website.