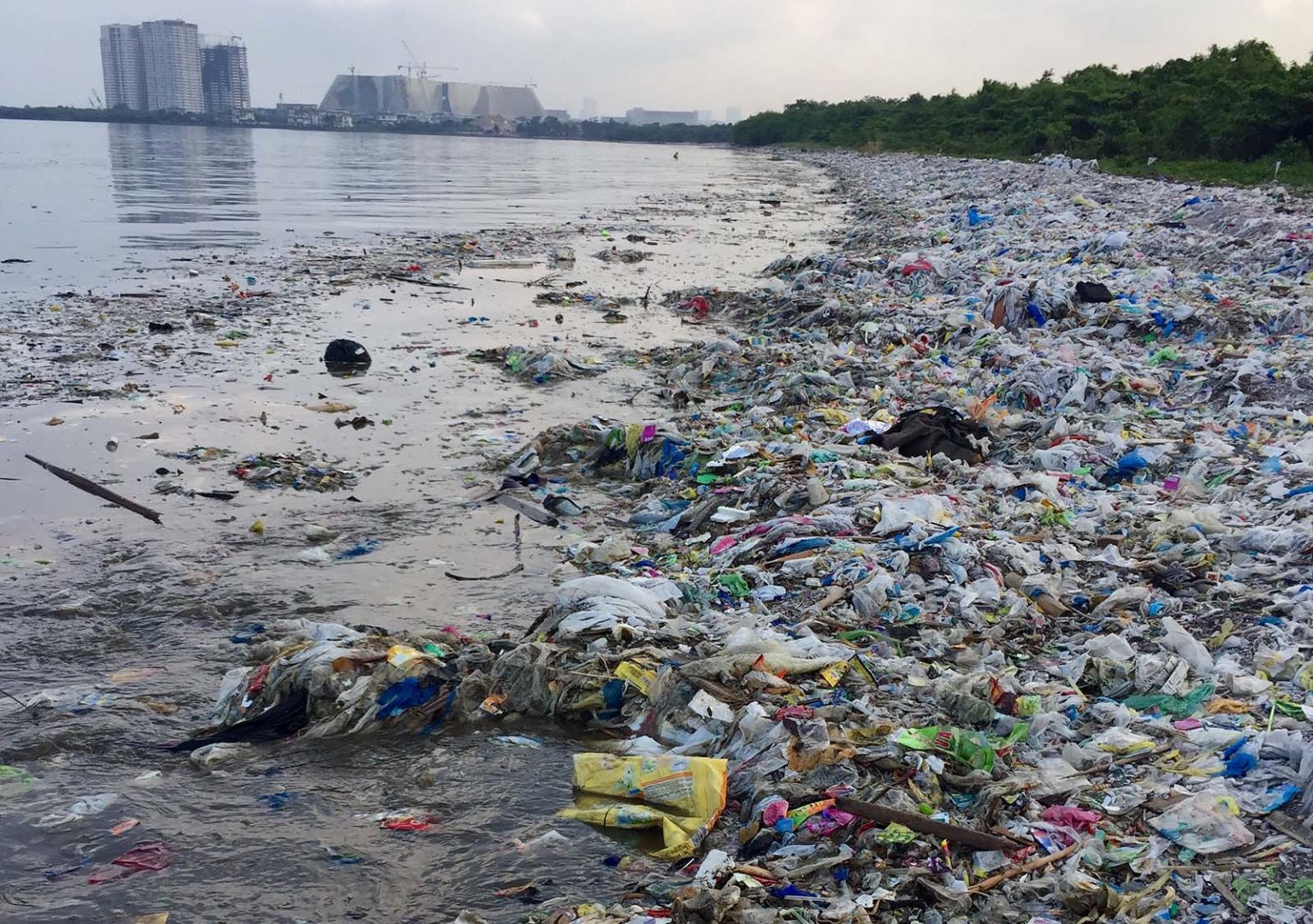 Environmental advocacy groups looking for answers to the growing problem of plastic pollution in the world’s oceans have sparked a dialogue in recent months over variant strategies in how to deal with it.

Global Alliance for Incinerator Alternatives (GAIA) and dozens of other groups, including Plastic Pollution Coalition, promote source reduction as the only viable long-term solution, questioning the efficacy of incineration and other land-based strategies. Yet in September 2015, Ocean Conservancy (OC) published a 48-page report, “Stemming the Tide: Land-Based Strategies for a Plastic-Free Ocean,” which heavily touted incineration for controlling plastic pollution.

Both GAIA and OC are keen on bull-horning the urgency of ocean plastic pollution as a major global threat. But there’s a massive inventory of plastic waste already on the planet that could quadruple by 2050, a consequence GAIA intends us all to avoid by stressing source reduction over cleanup and conversion, the options OC prefers.

In a summary of short, medium and long-term solutions outlined in their report, OC characterizes plastic pollution mitigation in terms of “waste-leakage measures,” while GAIA stresses the need for a “materials-efficient economy.”

In a June 23 letter to supporters, GAIA’s International Coordinator Christie Keith wrote: “We have remained firm in our values and our conviction that incineration is not a solution to plastics pollution, and that it would in fact exacerbate the many problems that plastics cause to our health and environment.” She pointed out that, since the OC report “Stemming the Tide” came out, GAIA’s members, staff, partners, and friends have engaged in activities aimed at putting forth solutions “as the real pathway to reducing plastic pollution.” Some of those activities have included strategy meetings in Manila, Philippines and Washington D.C., and two meetings with OC that included leading zero waste, public health, and environmental justice community organizations in some of the countries targeted by the OC report (Philippines, Indonesia, and China, among others).

These are not companies that will support the kinds of solutions we really need, and they have a track record of making decisions with disastrous consequences for human rights, public health, and the climate.”

“We called for a reduction in plastic use and production rather than an approach that focuses purely on ‘waste management,’” Keith wrote. “We also shared the work that many communities and organizations are doing in their cities and countries on waste reduction, product redesign, recycling, and policy change.”

Keith also reported that in meetings with OC, “we expressed deep concern about these solutions being undermined by investments in incineration.” GAIA is skeptical that OC is faithful to the cause to which both organizations pledge an affinity — namely source reduction — given the corporate makeup of the steering committee that commissioned the report, which was drawn up by the McKinsey Center for Business and the Environment.

In an Open Letter to Ocean Conservancy issued shortly after “Stemming the Tide” was published, GAIA officials wrote: “This report asks us to manage an ever-increasing supply of plastics rather than shift the underlying economic problems with our ‘dig, burn, dump’ economy, as the corporations on the steering committee of this report (including Dow Chemical, the American Chemistry Council, and Coca Cola) all benefit from our current system. These are not companies that will support the kinds of solutions we really need, and they have a track record of making decisions with disastrous consequences for human rights, public health, and the climate.”

OC’s arsenal, as explained in their report, includes burning waste plastics in the regions where research indicates more than half comes from: Asia and Southeast Asia. Quoting the report, mitigation efforts include:

OC estimates the initiatives combined “have the potential to essentially eliminate plastic-waste leakage from the priority countries by 2035.”

According to the report “The New Plastics Economy: Rethinking the Future of Plastics,” published January 2016 by the Ellen MacArthur Foundation and presented at this year’s World Economic Forum, only about 5 percent of waste plastics are effectively recycled. Forty percent is landfilled, about a third may end up in the world’s oceans, and the rest is often incinerated.

GAIA’s Keith invited other environmental NGOs to sign on to the open letter her organization was generating that called out OC for their proposed plan that GAIA says “ends up promoting incineration in Asia as a supposed ‘solution’ to the problem of ocean plastics.

“[Their] ‘solutions’ are not solutions at all,” Keith wrote. “As our colleagues and friends in Asia have said, this mindset will certainly allow for more creation of waste.”

Surfrider Foundation’s Legal Director Angela Howe added this to the discussion: “While we appreciate Ocean Conservancy’s efforts on coastal clean up and other conservation issues, we do recognize the philosophical divide of our plastic pollution reduction program (focused on reduction of consumer use/less production) and the approach advocated for in OC’s report (post-consumer measures/incineration).”

The open letter had 218 organizations and individual leaders, including Plastic Pollution Coalition, as signatories, when it was forwarded to Ocean Conservancy in October. It included a technical critique of the report that addressed its cost analysis, unproven technology solutions, and perceived disavowal of the impact of its recommendations on the climate, public health, and the health of oceans and marine life.

Some of the problematic messages in “Stemming the Tide,” according to the critique, include:

The OC report’s foreword states: “We believe this is the best solution to the problem of plastic waste leaking into the ocean — stopping leakage in the first place, rather than treating it after pollution has already occurred.” In the open letter retort, GAIA commented on the remark: “This is puzzling to us, because this statement misses what seems to be glaringly obvious: the best solution to reducing plastics going into oceans is to reduce the generation of so much plastic and disposable products in the first place, and to create systems and implement solutions that work toward that goal, not against it.”

OC’s CEO Andreas Merkl issued a belated, official response June 20, 2016 to GAIA’s open letter, stating: “We strongly believe the concerns of public health and ocean health are not at odds.” Well-managed post-consumer waste is the apparent palliative, as outlined (quoting the letter):

Merkl also made the point that national and local policies on waste, and specifically on incineration, “should reflect and respect the priorities and values of denizens and communities.” But, he cautioned, “extreme scrutiny” is needed to carry out work on the ground in targeted areas to address “the potential negative impacts on public health, the climate, local economies and budgets from poorly designed and implemented projects.”

As GAIA and OC continue to grapple, the solution to whether plastic pollution is ultimately going to be a plastics management issue or a plastics reduction issue — or both — depends on keeping the dialogue going.

Freedom Island (above), an artificial island in Manila Bay, Philippines, is a mangrove protected area and an example of the global plastics waste problem in our oceans.
Photo: Dianna Cohen