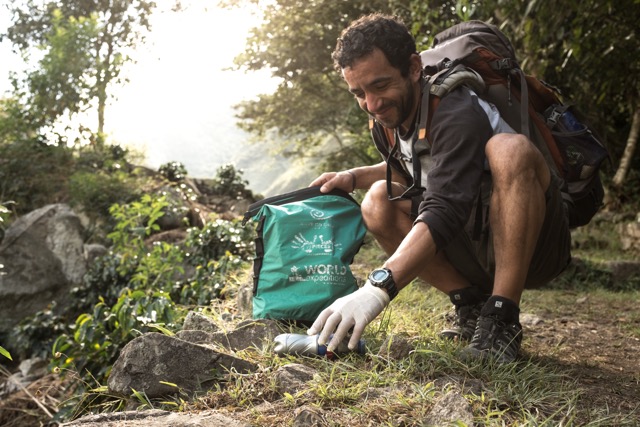 10 Reasons to Pick Up 10 Pieces of Trash

Home » Environment » 10 Reasons to Pick Up 10 Pieces of Trash

Brazilian poet and writer Paulo Coelho once said “It’s the simple things in life that are the most extraordinary.” Imagine if you could do something extraordinary for the planet by simply picking up 10 pieces of litter on your travels.

We at World Expeditions believe there is power in the collective will of global trekkers to keep wilderness trails free of litter. That’s why we are a founding partner in the creation of a simple but effective initiative that encourages travelers to pick up 10 pieces of litter each day of their guided treks in Nepal, Bhutan, Peru, and now the Mount Rinjani Climb in Indonesia. Trekkers are invited to be part of 10 Pieces on their adventures, and asked to bring along a pair of gloves and hand sanitizer to pick up items such as plastic bottles and candy wrappers.

Here are 10 good reasons to join the 10 Pieces movement:

Take the pledge – say “no” to single-use plastic.