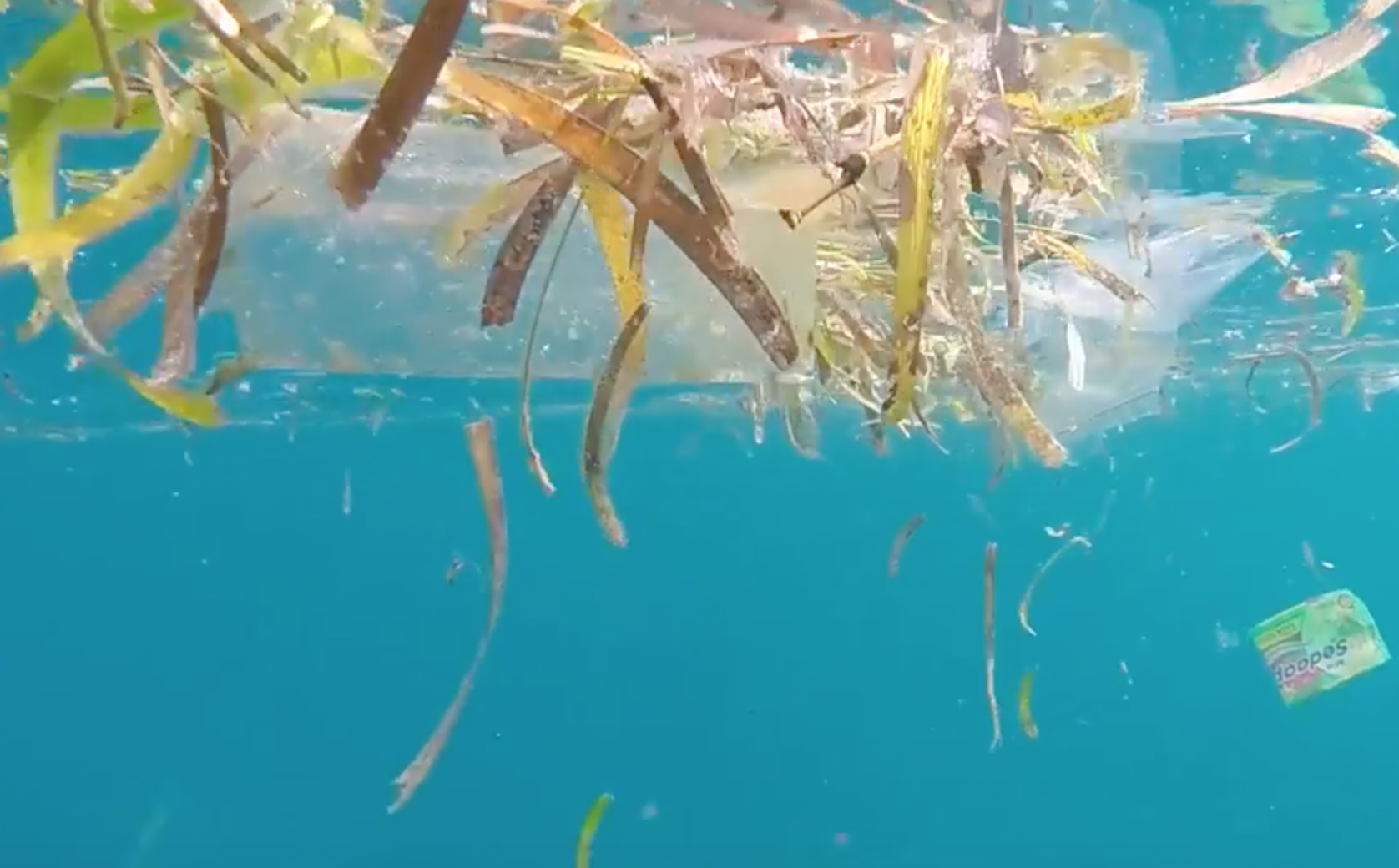 WATCH: Stunning New Footage of Plastic Pollution in Indonesia (And Learn How Each of Us Can Help)

Home » Environment » WATCH: Stunning New Footage of Plastic Pollution in Indonesia (And Learn How Each of Us Can Help)

Step into the beautiful world of Komodo Island—one of the remote islands of Indonesia—where the pristine natural environment brims with life, but amidst the flora and fauna grows an invasive species: plastic pollution.

“It’s pretty jarring seeing a very beautiful fish swimming alongside a bag [made] of plastic,” says Leilani Gallardo of the Coral Triangle Center in the new video. Gallardo joined a team of artists, scientists, and filmmakers on a recent expedition from Bali to Komodo Island to document plastic pollution in the region.

The film shows plastic pollution in the open water and along shoreline, in landfills, in backyards, and in shallow waters. “I’m struck here by what we’re seeing,” says Ann Luskey, Chief Aquatic Officer for Seatime, Inc. “There wasn’t a single place we went that wasn’t filled with plastic debris.”

Another member of the expedition, Dalton Ambat, a naturalist and divemaster, has been a guide in this area for 20 years. He sees major changes with more and more plastic entering the environment. “It’s really breaking my heart because my daughter just started diving, I worry that in couple years she won’t see the things I’ve seen.”

In the Western world we say ‘just throw it away.’ There is no away. It goes somewhere, and this is where it’s going.

Student Charlotte Weir talks about filling bags with plastic garbage on the expedition and not being able to collect it all. “It made me realize: we can’t solve this problem by collecting all the plastic that’s in the oceans,” she says. “We need to stop it at the source.”

Photographer Pete Oxford, who shot beautiful images of plastic pollution underwater says it’s time for us to wake up to the problem of plastic pollution. “In the Western world we say ‘just throw it away.’ There is no away. It goes somewhere, and this is where it’s going.”

Pamela Longobardi, a professor at Georgia State University and founder of Drifters Project, says it was devastating to see plastic pollution hitting the “most beautiful spot I’ve ever seen on the planet,” but she gives a hopeful message for the future: “We’re at a point in our evolution where we’re moving into a new phase…. We have the opportunity to make changes, and even little by little and day by day these changes are going to spread like wildfire.”

The equivalent of one garbage truck of trash is dumped into our oceans every minute.  Take Action: Take the Pledge to Refuse Single-Use Plastic.