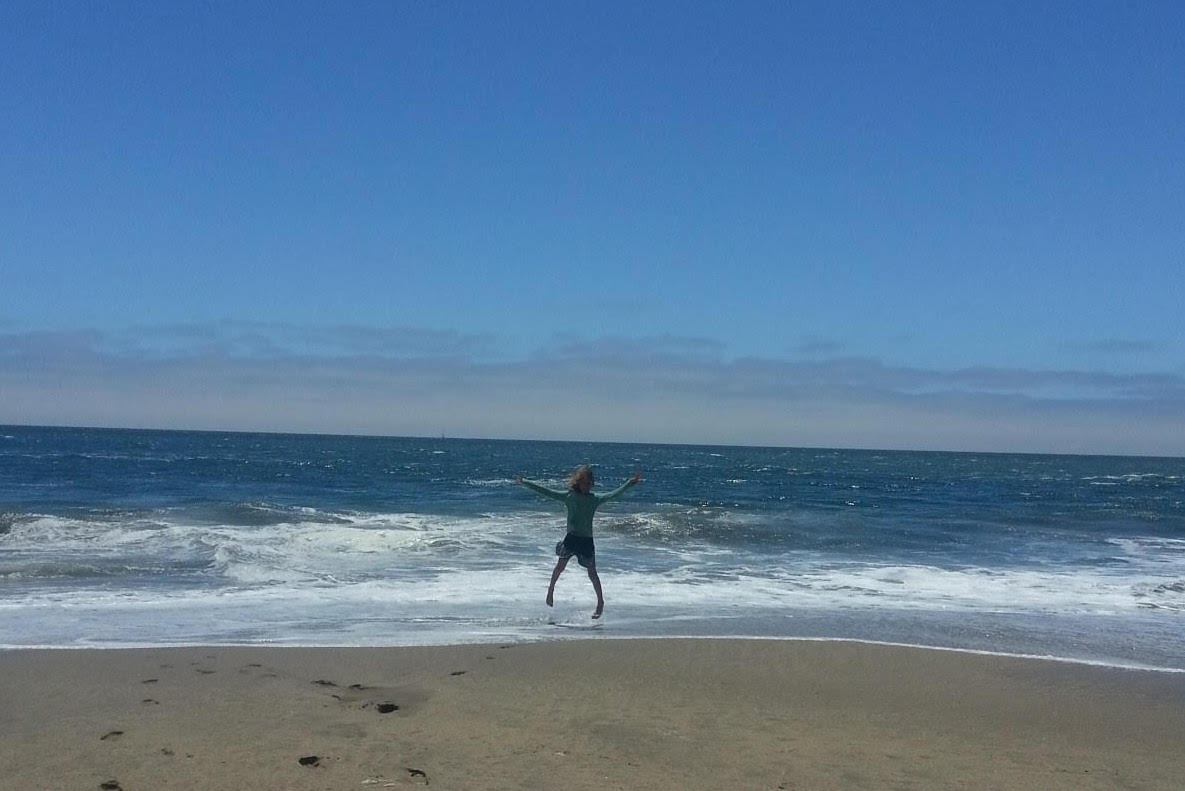 I grew up in, around, and on the water. My dad, being a marine biologist, immersed me in the ocean at a very young age. I was traveling all over the world to do research and conservation work with him starting at age one, when we trekked the 1,200 mile coast from Oregon to Mexico, and by five years old I was tracking sea turtles across the ocean and camping on remote islands. Getting the chance to tag turtles with satellite transmitters, release them into the water, and watch them go seemed “normal” but now I know it was special.

Another hands-on activity that I have always done with my father and friends has been releasing protected hatchlings into the oceans of Mexico, Indonesia, Hawaii, and El Salvador. Sleeping on turtle beaches, swimming with whale sharks, and kayaking with otters makes me very happy and has created in me a deep empathy for nature. Aside from interacting with the ocean and wildlife, I have been attending conferences, summits, and events focused on the topics of pollution, advocacy, habitat loss, and how neuroscience and psychology relate to the ocean, all leading me to the issue of Plastic Ocean Pollution. I have had the chance to attend at least 30 events, including the Explorers Club Gala in New York last spring, multiple Operation Surf programs, my dad’s Blue Mind Summits, three annual Plastic Ocean Pollution Solutions (POPS) Youth Summits, International Sea Turtle Symposia, and International Ocean Film Festivals. I always try to sit in the front row and take in as much as possible.

Through the years of the ocean being a big part of my life, I have become very concerned, yet determined to help positively change the ways of humans on our Earth. One of the most important parts of the process is being able to be around people of other races, genders, ages, and backgrounds who are also determined. I am very fortunate to have a father, who motivates me every day and who will be forever determined to keep changing the world. 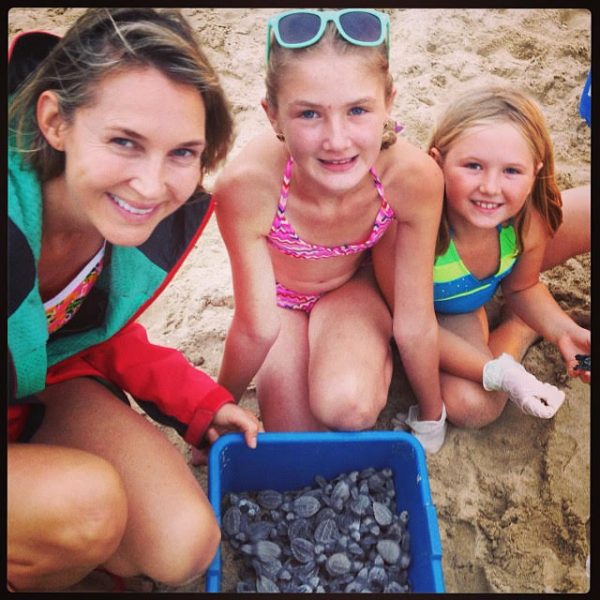 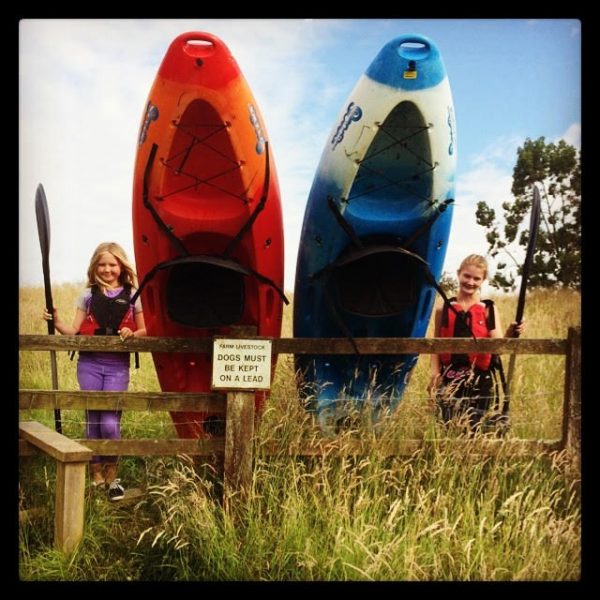 Kayaking with my sister in England. 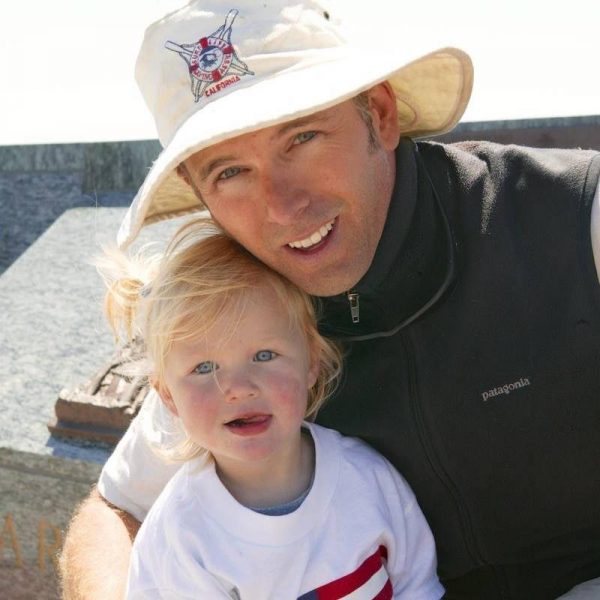 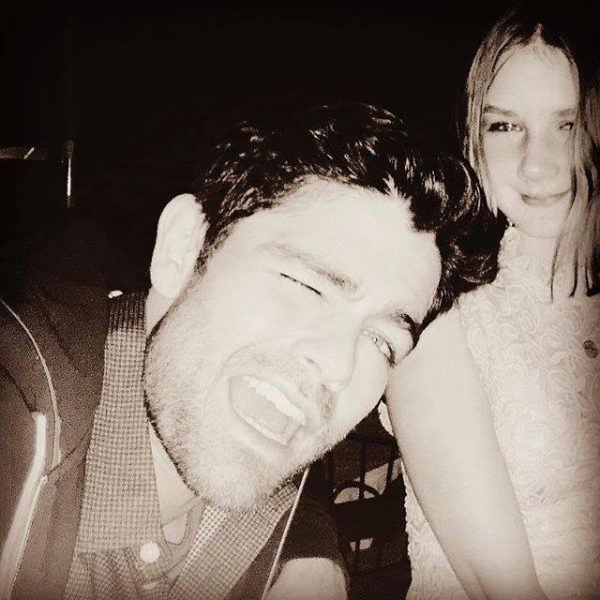 Adrian cracking me up at my graduation from middle school 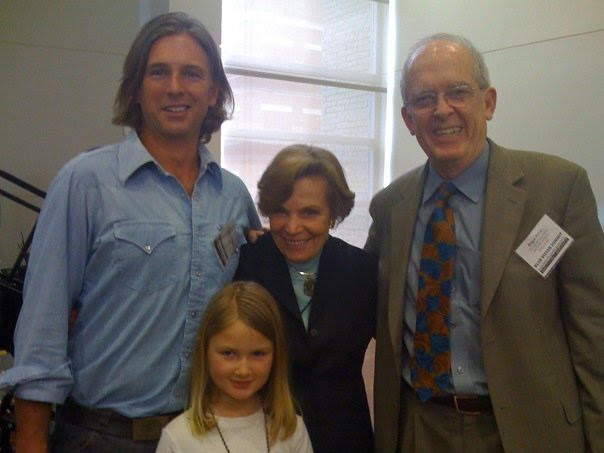 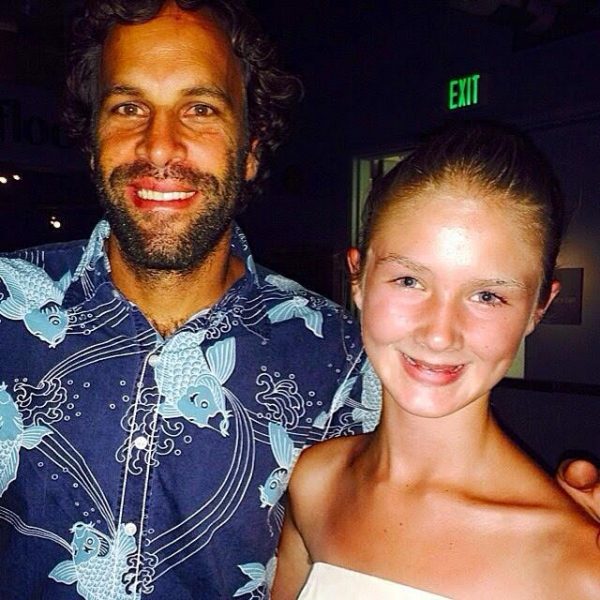 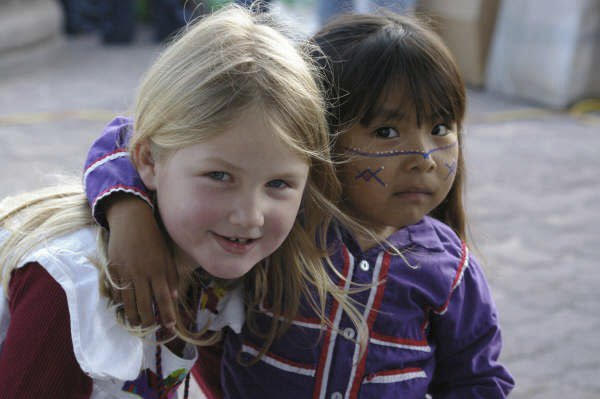 My friend from the Comca’ac Nation at the International Sea Turtle Symposium in Mexico, 2008 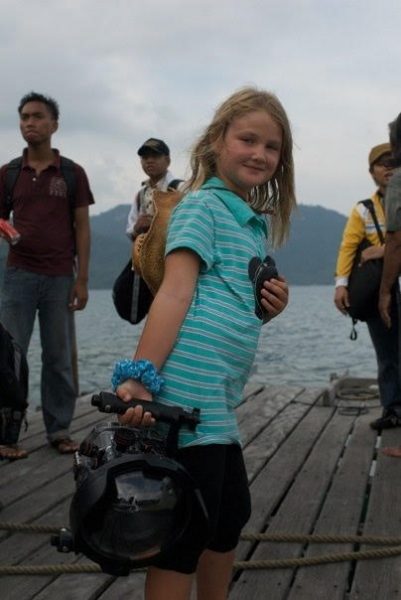 Helping the film crew in the Anambas Islands, Indonesia 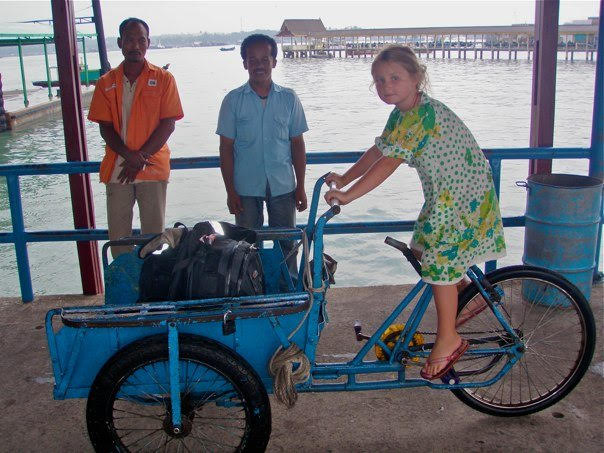 How we travel in Indonesia 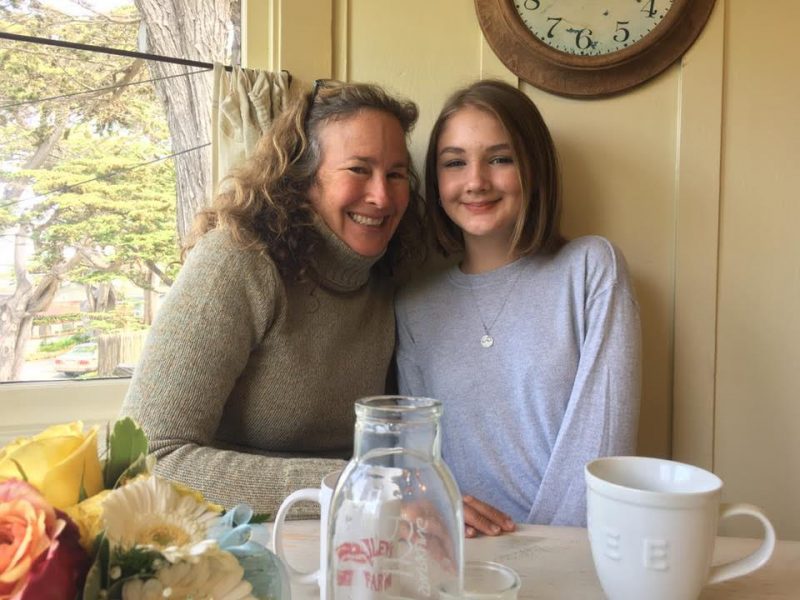 With my mentor Dianna Cohen 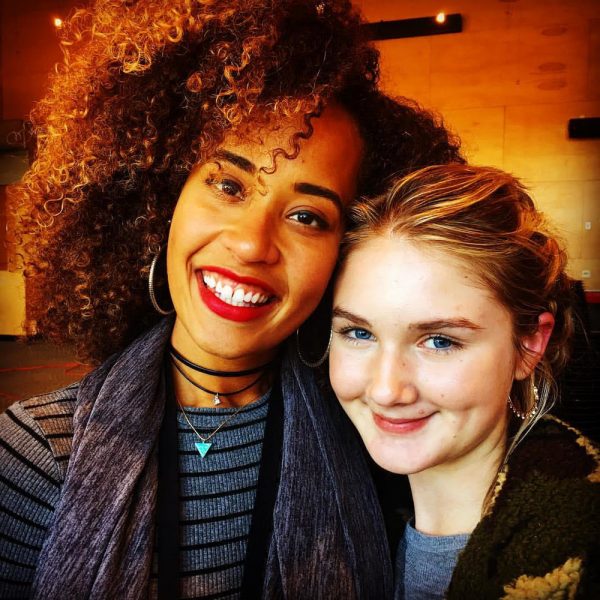 With Danni Washington at POPS 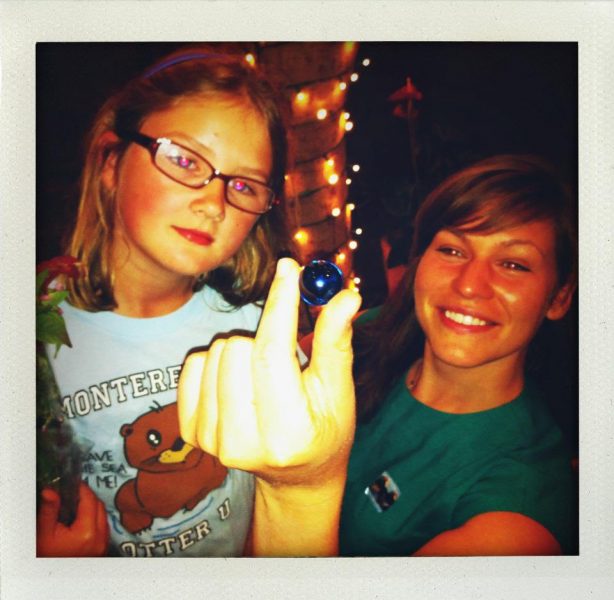 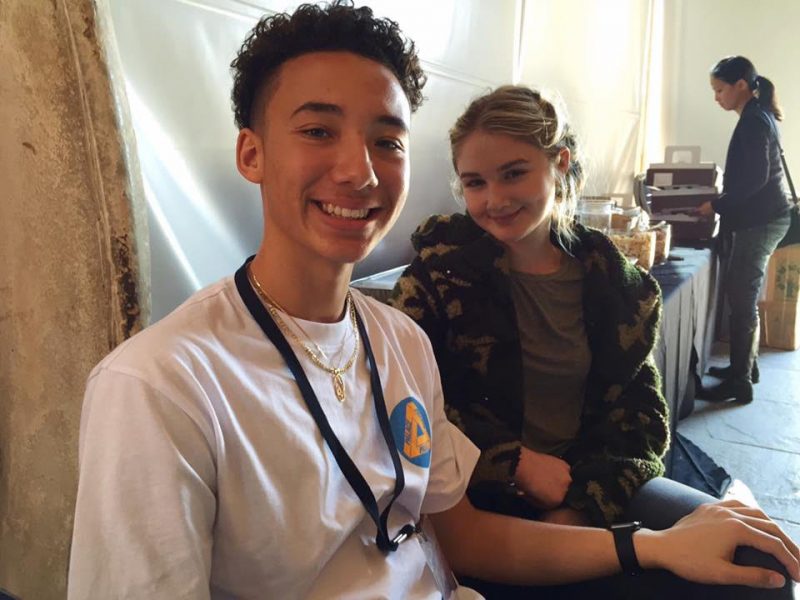 With my friend Sim at POPS

From him I have had the opportunity and gift to meet so many, inspiring people. My personal network of ocean mentors includes Sylvia Earle, Dianna Cohen, Adrian Grenier, Leonardo Dicaprio, Philippe Cousteau, and Danni Washington. Many fellow teens are some of the biggest inspirations to me when I think about the ocean and my future. My most changing and vital experience has been going to POPS for the past three years. POPS is a weekend long summit, with panels of speakers, workshops and lectures. Teams of kids/teens from around the world are selected to present their solutions to end plastic pollution in their schools, communities, businesses, and cities. I go to volunteer, as my dad is working with the kids in workshops, and panels. He, among many other experts, is there to support and mentor the teams’ projects.

This past year I was able to mentor three groups, and help develop their projects. One of the three groups was from Dehli, India. There was one girl who came to represent everyone else back home. She and her team are starting a plastic bag ban in all of her community’s markets and shops. She had already begun talking to shop owners and other people who could help her ban the use of single-use plastic bags in her area. She explained how discarded bags become a human health hazard by clogging drains as well as hurt the environment. I suggested that she bring sample bags to everyone who joined. Another mentor, Dianna Cohen gave her a referral to a reusable bag company. We helped her produce a solid “elevator pitch” about her project and connected her with the company in India. It was not just her, but all of the kids who inspired me and filled me with hope for our planet and people. Seeing all of them together, working to make a change is one of the most rewarding things that I have been able to experience in my life, and I am thankful to be part of it.

I know my future role in society will relate to helping solve ocean problems. Science is the basis of these solutions, but design (one of my other passions), communication, creativity, building coalitions for policy changes, and other aspects are also important. We need to redesign how we do almost everything. I don’t know if it’s genetic, but I see some of my father’s strengths and skills coming out in me too. He is kind, empathetic, smart, creative, and unstoppable. I have also learned about self care while navigating some challenges and the ocean is where I go to relax and reset. I think I have that unstoppable trait like my father and his father, among so many others I admire, and I want to put it to work for the our planet.

W. Grayce Nichols is a freshman at Santa Catalina School in Monterey, California where next year she plans to enroll in the Marine Ecology Research Program.