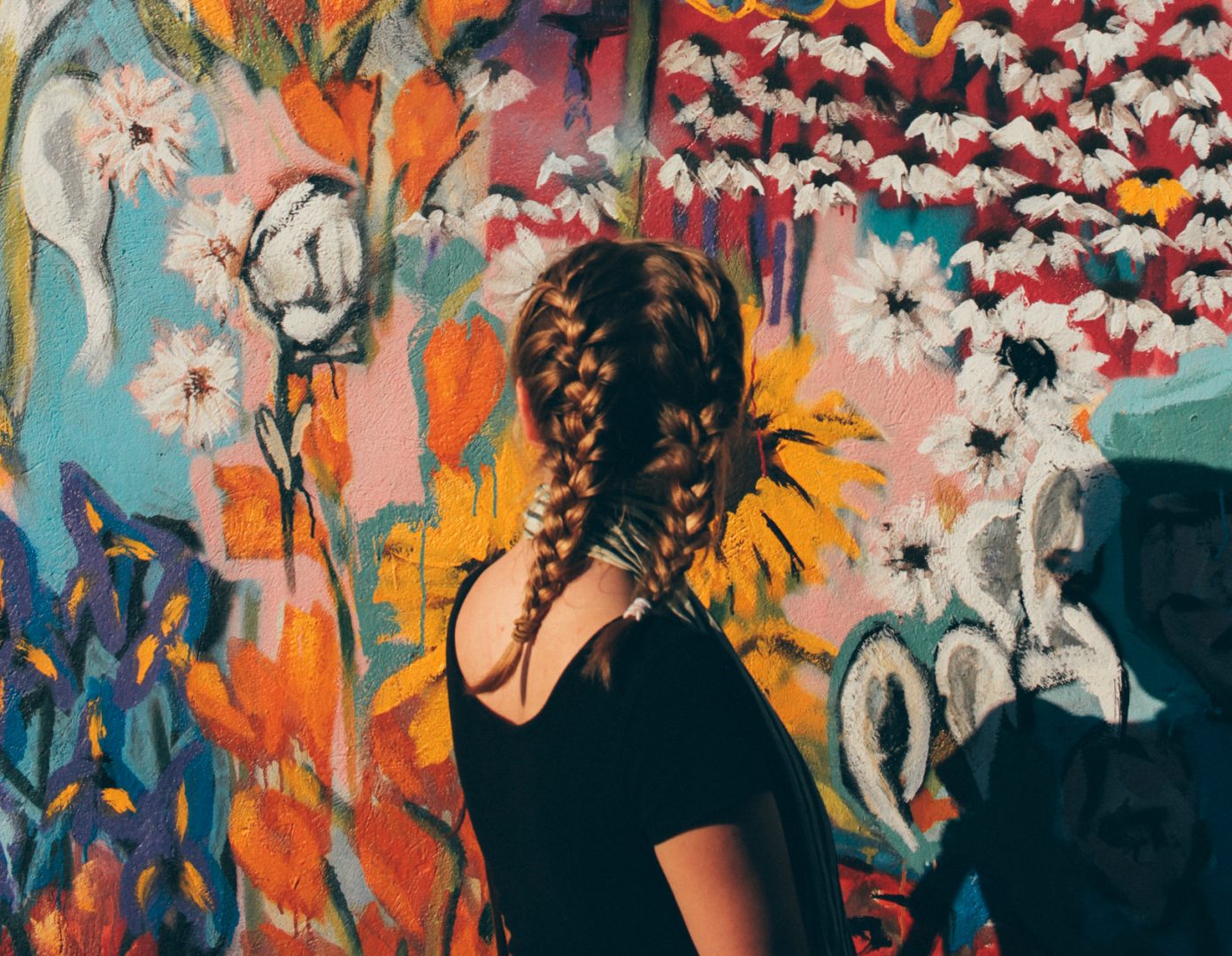 Ah, college. A time when you learn new things, make friends, and stay up ’til 4 a.m. writing espresso-fueled essays. It’s a time to figure out who you want to be. For me, that meant learning I don’t want to be packaged in plastic. But actually lessening the amount of plastic I use has been a challenge because of my situation: being a broke college student.

In college, time and money aren’t exactly on excess, which makes plastic very appealing. Why waste time cooking when I can heat up a TV dinner in three minutes? Plastic makes all kinds of products cheap and convenient, but what is the cost to our environment? 33 percent of plastic is used once and then discarded, where it will never biodegrade. The good news: there are some easy ways to reduce plastic consumption, even on a budget.

My first tip is also a way to save money on textbooks, win-win! After reading My Plastic Free Life by Beth Terry, I realized how much plastic goes into printing books, and textbooks are no different. There are two ways to save plastic (and money) on books. The first is obvious, buy used. Why have a new one made when you can get an old one for cheaper?

However, there’s another way to use even less plastic when it comes to textbooks. You can find most textbooks unbound, usually used too. They’re 3-hole punched, so grab a 3-ring binder you have left over from high school, a different college class, or see if someone you know has some old ones to keep from having to buy any new plastic. I normally get my textbooks unbound and used from Amazon, and just this semester I saved over $400 by doing this. 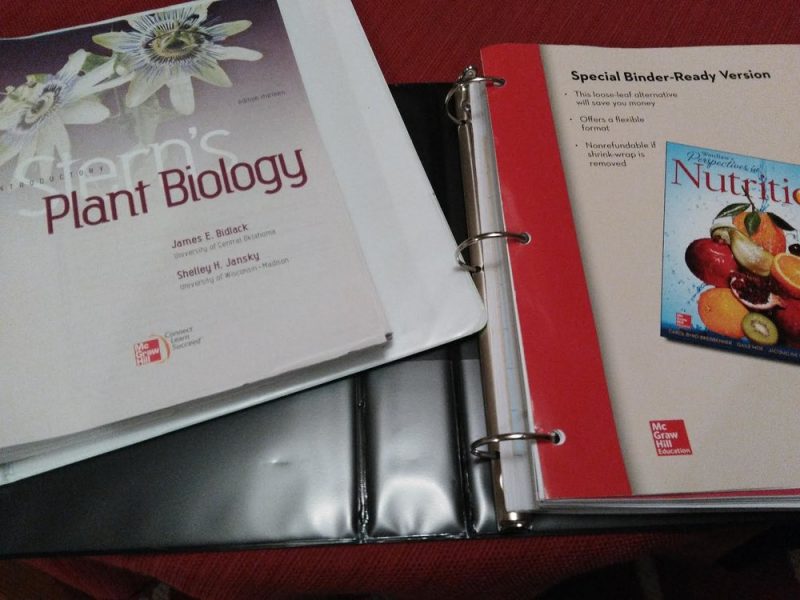 Tip: Unbound textbooks are cheaper and use less plastic. 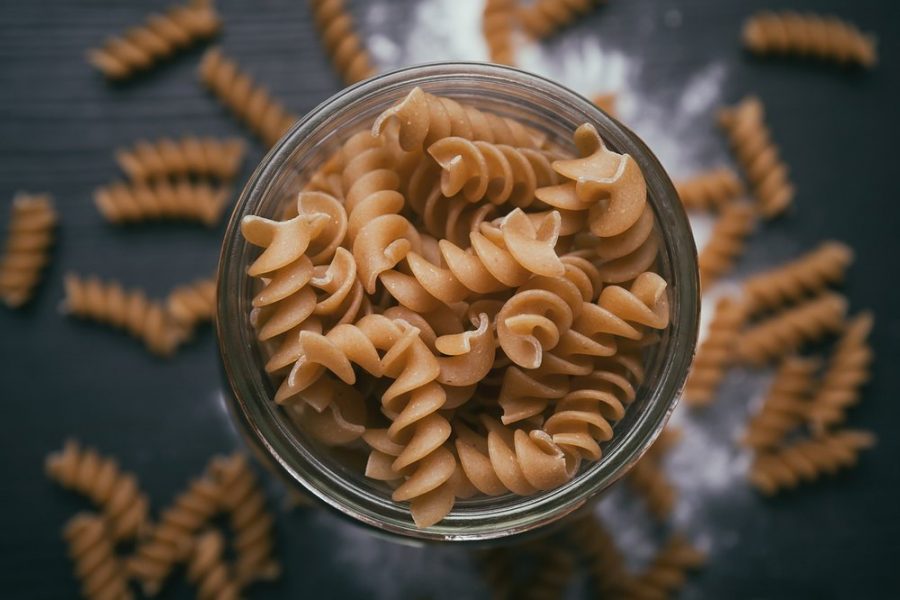 Forget TV dinners! You can get five meals out of one box of pasta and jar of sauce, for a total cost of about $3. 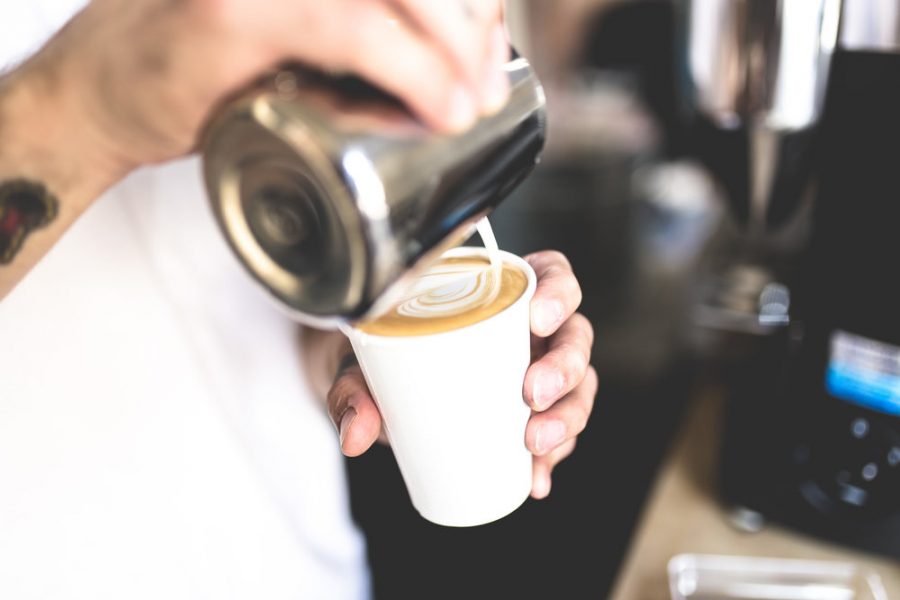 Need espresso to function? Bring your own cup or go lid-less and straw-less.

If Amazon isn’t your thing, school book stores will usually order unbound textbooks if you ask at no extra charge, though they are obviously new if you go this route. Even new, unbound textbooks are still way cheaper, and use less plastic than traditional new textbooks. The only downside is that most school bookstores won’t buy back unbound textbooks, so you’ll have to find something else to do with them once the semester is over. Maybe sell it to the next person on Amazon or eBay, or see if a friend will be taking the same class. Then just reuse the binders next semester.

My second tip for using less plastic involves food. TV dinners used to be my main go-to food, but those are plastic on plastic on plastic—not to mention all the chemicals actually in the food. Instead of overpacked and processed dinners, I’ve switched to cooking in bulk about once a week. I make a large batch of food, usually pasta, and split it up into glass containers I can grab and reheat later. Homemade TV dinners!

Not only does this use less plastic, it’s also way cheaper. I can get five meals out of one box of pasta and jar of sauce, for a total cost of about $3. Five TV dinners at $2 each would be $10. I use the same method for veggie fried rice and stews. Shop the bulk bins at your local store, or choose foods packaged in glass or paper boxes.

My next tip is to go plastic lid-less and straw-less. If you’re grabbing a drink on-the-go, bring your own cup (some places even offer a discount!) If you don’t have a reusable cup with you or the coffee bar won’t let you use your own cup, accept the paper cup but forgo the plastic lid and plastic straw to cut down on waste.

The last tip I’ll share is how I prevent myself from buying any non-essential plastic because, sadly, sometimes there just isn’t a practical alternative. Before I buy any plastic product I ask myself a simple question: Will I use this for at least three years?

While it would be amazing if I could go completely plastic-free, that’s not possible for me right now. This simple question helps me distinguish between useful plastic products, and those that are nothing but wasteful.

The main thing I’ve learned about reducing plastic consumption so far is that it should be fun, not stressful. It feels good to switch to non-plastic alternatives. That good feeling motivates me to do more, but it’s so easy to feel guilty those times when I do have to buy plastic. With classes, a part-time job, and my League of Legends team, I have enough to stress about. Reducing plastic in my life is a good thing, and the more I focus on the positives, the easier it is to change and spread the word.

Joely King lives in Kansas City, Missouri, and is working toward a BFA in acting.

For more tips check out the Plastic-Free Campus Manual by PLAN.