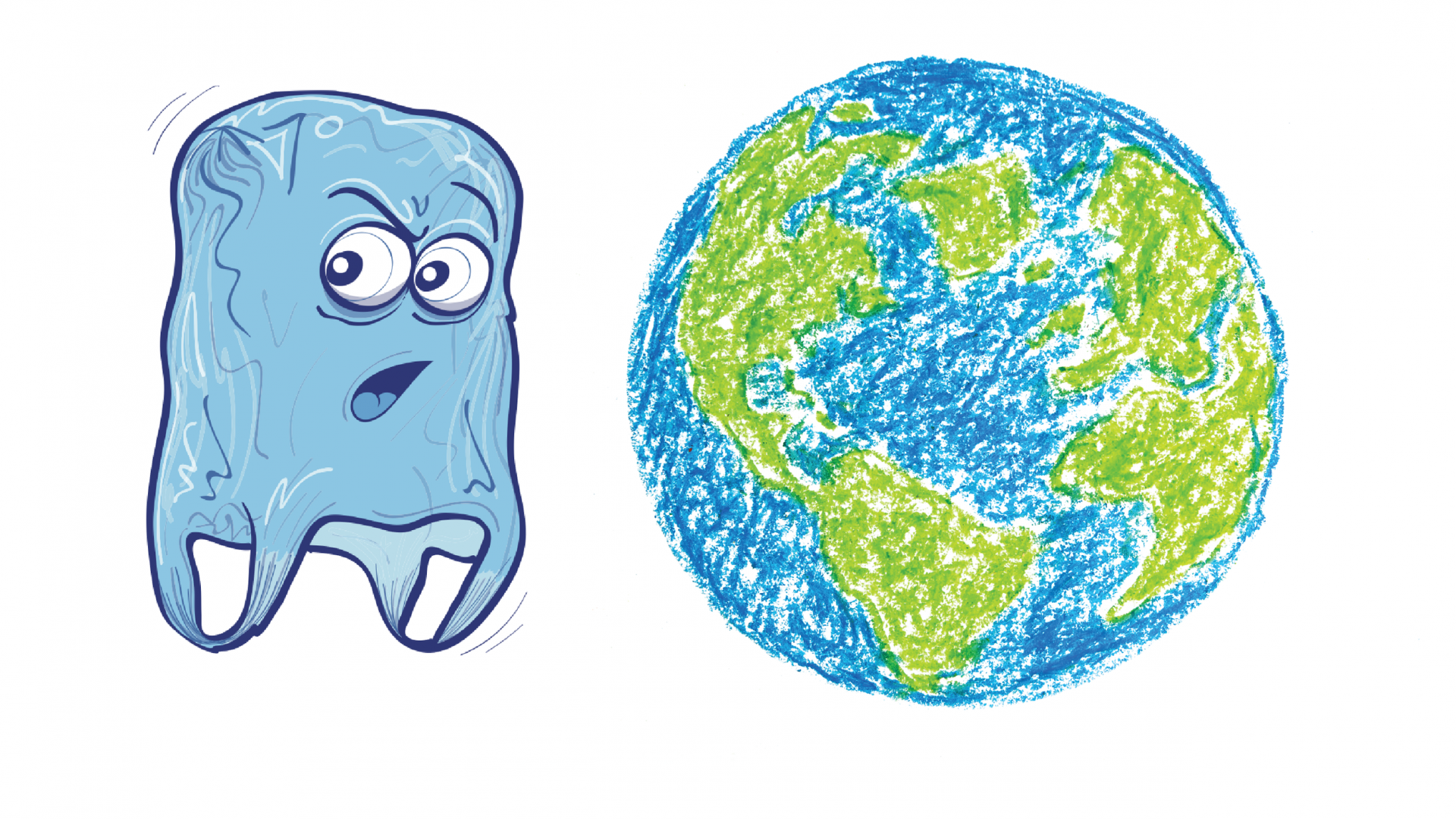 How a 17-Year-Old Banned Single-Use Plastic in Two Areas of Bhopal, India

Khan and three friends spoke to the school about how reusable bags are better for the environment. As more and more students and teachers brought cloth, paper, or jute bags to school, attitudes about single-use plastic started to change. After a few years of campaigns, the administration of Billabong High International Bhopal declared itself a plastic-free premises.

Next, the students took their message to the city. “We set up a kiosk in the busiest market of my city, New Market, to talk to shop owners, and basically anyone who would listen, about how using paper or jute bags instead of plastic bags would be both economical and better for the environment,” explains Khan.

“We spoke to people of all ages about the damage plastic causes to our environment while in use and how it leads to plastic pollution once it is transformed to waste,” she continues. “We had prepared posters in both English and Hindi, to grab attention.”

The students spent their own money on art supplies for the posters and renting the tables, and they had reusable bags donated from the bakery of a local hotel called Jehan Numa Palace. Their kiosk even had a free face-painting booth with messages against plastic pollution.

“We handed out paper bags made from recycled paper, and jute and cloth bags to prove that they are an equally sturdy option as plastic, because the strength and longevity of eco-friendly substitutes were being questioned by the people over and over again,” says Khan.

The response to their campaign at New Market was positive on the whole, and Khan says within months the market place was cleaner with much less plastic waste on the sides of the roads.

In effort to reach youth in the city, Khan and her friends held a drawing competition near the Van Vihar National Park and Zoo in Bhopal. “The drawing competition had themes related to the state of our planet, plastic, and how the two are connected,” she explains. “We spoke to several people around the venue about the disadvantages of plastic and the need to find and use substitutes.”

“Thanks to the lake besides our venue, we were able to cover water pollution caused largely by plastic waste,” continues Khan. “The area where we held our drawing competition was declared a plastic-free area, and none of the eateries in the area use disposable plastic cutlery or plates and glasses. The area remains plastic-free to date.”

Even though her friends quit the campaign, Khan has not lost any motivation. She recently started a new initiative called Everything Un-Plastic, youth activists working towards a plastic-free world, one step at a time. She concludes, “To bring about a change, big or small, you have to begin somewhere.”

See also: Youth From All Over the World Find Solutions to Ocean Plastic Pollution

2 responses to “How a 17-Year-Old Banned Single-Use Plastic in Two Areas of Bhopal, India”