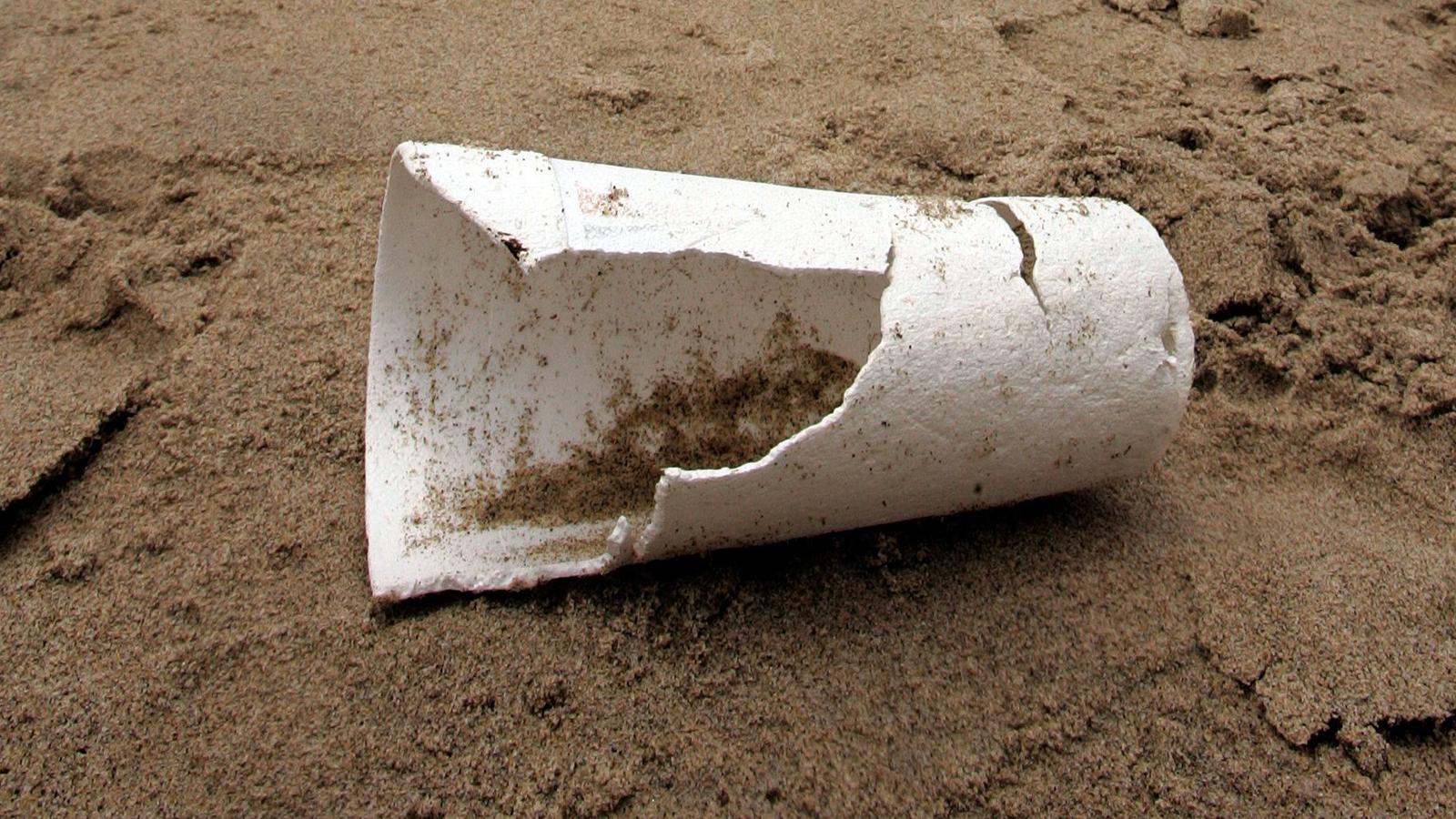 A new bill aims to clean up the environment by banning polystyrene (Styrofoam) in the state of California. Polystyrene is an environmental pollutant and non-biodegradable substance commonly used as disposable foodservice cups, plates, and containers. Since polystyrene breaks into tiny pieces over time, it is now considered a main component of marine debris on beaches across the world.

Take Action: Send an email to your Senator here.

An editorial in the Los Angeles Times published earlier this week gave strong support for the bill.

“Foam containers get battered as they move through the storm drain system, the smaller bits slipping through filters into the ocean,” writes Mariel Garza. “Unlike a littered plastic bag, which may fill with water and sink to the bottom of the sea, plastic foam is buoyant and breaks down into smaller and smaller bite-sized pieces. Also, plastic foam can absorb other chemicals present in the ocean. This poses a danger to marine life and sea birds that eat the ‘microplastic’ pieces in the water and on the shore, along with whatever pollutants they contain. It also poses a health risk to humans, as plastic has been found in the bodies of fish and shellfish caught for human consumption.”

The bill, called the Ocean Pollution Reduction Act of 2017 (SB 705), would ban stores and restaurants from using polystyrene containers for prepared food starting in 2020, and is based on a polystyrene take-out ban enacted by Santa Monica in 2008.

Make your voice heard by calling and emailing your Senator today!

I ask the Senator to support SB 705 by Senator Allen to ban foam takeout food and drink containers for the following reasons:

It is toxic to human, wildlife, and environmental health.

It is expensive and nearly impossible to clean up since it breaks into smaller and smaller pieces.

It is rarely recyclable, particularly when food soiled.

It is replaceable with already existing and economically equivalent alternatives that are made right here in California.

Learn how to start a polystyrene ban in your town.