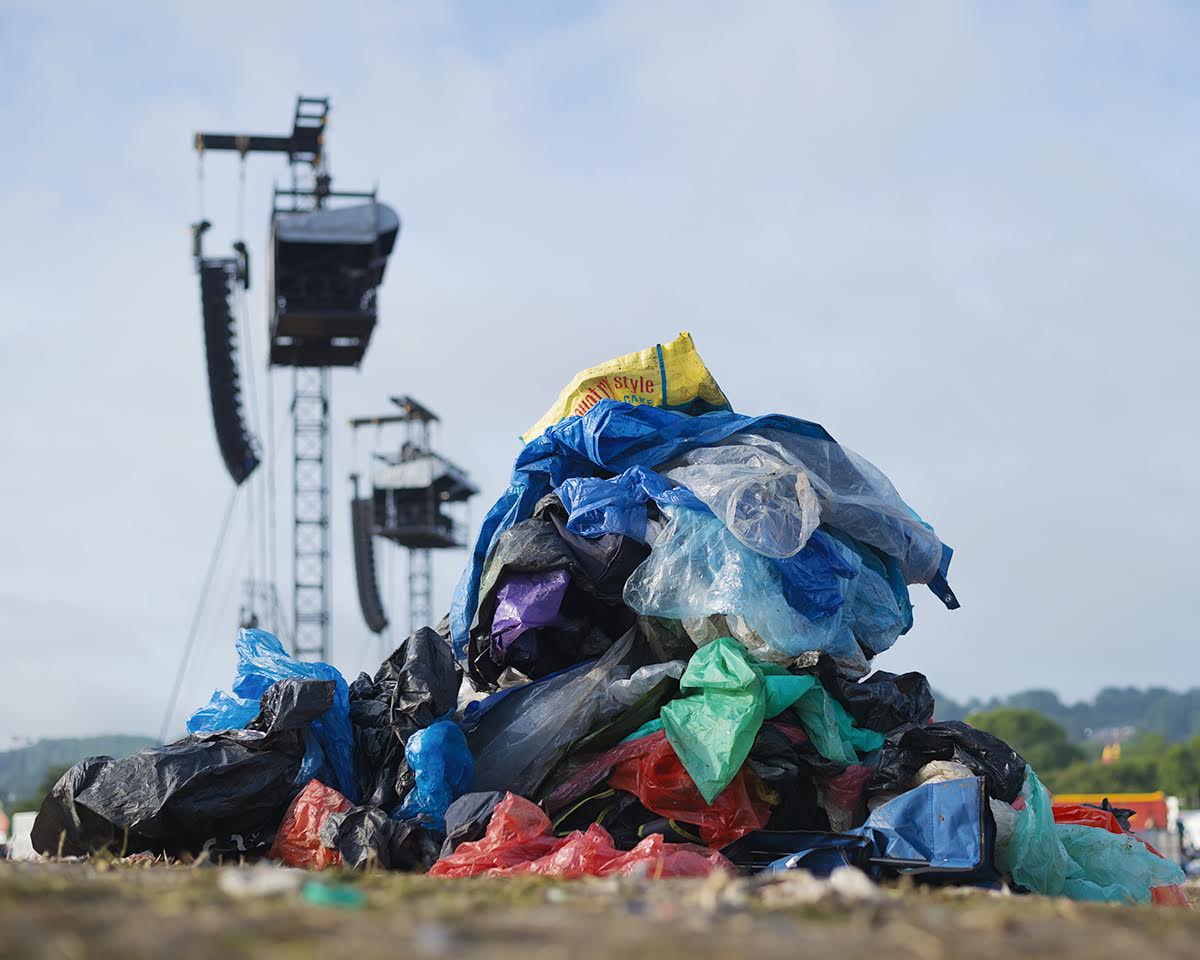 Raw Truths about Plastic Pollution Around the World

Home » Culture » Raw Truths about Plastic Pollution Around the World

In 2013 Melinda Watson at the Raw Foundation (RAW stands for Realising Another World) asked me if I could show some of my photographs at the Create Centre in the city of Bristol (South West England). Called ‘Making Waves’ it brought together various art works in conjunction with a number of community-led activities, which focused on plastic and waste. I delivered the work and attended a preview evening where I met Melinda for the first time. Straight away I realised she was a dynamic and energetic character; I knew she was the type of person who would get things done.

Melinda invited me to the Glastonbury Festival in 2015 and 2016 to help support the promotion of refillable water bottles across the festival site. I remember on one very wet and muddy afternoon Melinda described a project, a research project, which would involve a journey across Africa. Soon after she set off to track the ‘plastic footprint’ against the length of Africa – from Cairo to Cape Town. The idea was to shine a spotlight on the sheer scale of the problem and to demonstrate the transboundary nature of plastic pollution. As she traveled across Africa she was accompanied by a young photography student (Alex Mourant) to record and respond to this unique journey.

Upon Melinda’s return, she organised a series of talks and an exhibition to deliver one central message:  Plastic pollution has reached a crisis point, especially in our oceans. But despite growing awareness of the problem, the flow of plastic waste continues to increase exponentially – across the world – the vast majority of which originates from the land. Melinda’s adventure-with-purpose story combined an engaging message and a strong call to action: to preventing single-use waste, to incentivise the use of durable products and to demand rules and regulations to facilitate and phase out single-use plastics.

Raw Truths: the exhibition and evening of talks titled took place at the Royal Geographic Society in May and June 2017. Jeremy Irons was the guest of honour at the preview and talk event, he delivered a strong and thoughtful introduction, his tone of voice clearly presenting to the full auditorium the depth of the issue with passion and focus. His presentation was followed by various invited speakers, each covering key issues. All of the talks were designed to showcase solutions, educate, challenge, and motivate businesses as well as politicians and the public to drastically reduce the amount of plastic waste they generate. It was an energetic event, seeing so many people attend such an evening in the heart of London clearly showed that there was an appetite for discussion and for change… A change in our relationship to plastic and its use and abuse.

An outstanding example was given by Susie Hewson of Natracare. Natracare was the world’s first alternative to conventionally produced feminine hygiene, an ethical company committed to offering organic and natural solutions for personal health care that leave a soft footprint on the earth.

The exhibition combined art based photographic works by myself and Alex Mourant. Both series complimented each other. The series by Alex both recorded and responded to the journey through Africa. His photographic work fundamentally directed the viewer to consider an exploration across topographies, it combined both portraiture and landscape together literally and conceptually. My selected images come from a series titled ‘Glastonbury Opus. They explore tensions between the seductive depiction of colour and sculptural forms with an underlying narrative that describes the growing problem of plastic waste and pollution that we all face.

Beyond the festival realm, they attempt to raise questions about wider human behaviour, mass consumption, our cultural influence and throw-away society. The photographs do not attempt to simply use the rhetoric of documentary photography, when seen in the wider context of my previous work they form part of my multidisciplinary practice.

I have longstanding relationships with various organisations where a type of didacticism is central to the focus of similar types of exhibitions. The concept employed by various NGO’s and others who’s focus is similar in nature sometimes confuse art with communication. This exhibition, however, managed to create a level of complimentary visual cues combined with some thoughtful insight. The idea that art can or should support and illustrate some sense of morality or rich truths to audiences in my personal view can sometimes be taken far too literally.

Whilst I recognise it is very important to the organisations and may result in increased visibility, I am not always convinced that artwork which appears to be overburdened with instructive, factual, or otherwise educational information can be ‘good art’. Dolphins and whales made out of plastic bottles only can get you so far.

The logic employed by such proponents for me seems to simply add further layers of eyes that simply reproduce a western-centric gaze and sometimes an ill-informed understanding of the nature of art. There are very many organisations that co-organise ‘art and plastic’ exhibitions. I think that cooperative events where didacticism sits with more ephemeral work might not always suit, in fact, its a very hard balance to get it to work well. There is no one way, no perfect balancing act between art and activism, no simple recipe for success – as one global corporation well-known phrase says’ just do it’. This Go, Get and Do attitude is very much part of RAW’s message.

The exhibition brought together a sense of passion combined with total commitment as an agent for change. Human experience is now more visual and visualised than ever before, the production, circulation, use, and changing meanings of images across time and place are ever increasing and creating a complex web of information. For me, the key success of the exhibition was the ‘interrelationship between texts (hashtags on the exhibition wall and the generated data from Africa). A sort of visual intertextuality where the shaping of a words, photographs, and talks created meaning by the interaction of each. RAW became observable in the city.

Andy Hughes‘ photographic work explores the littoral zone and the politics of waste. He is one of the first artist photographers who explored plastic as metaphor, subject, and pollutant.