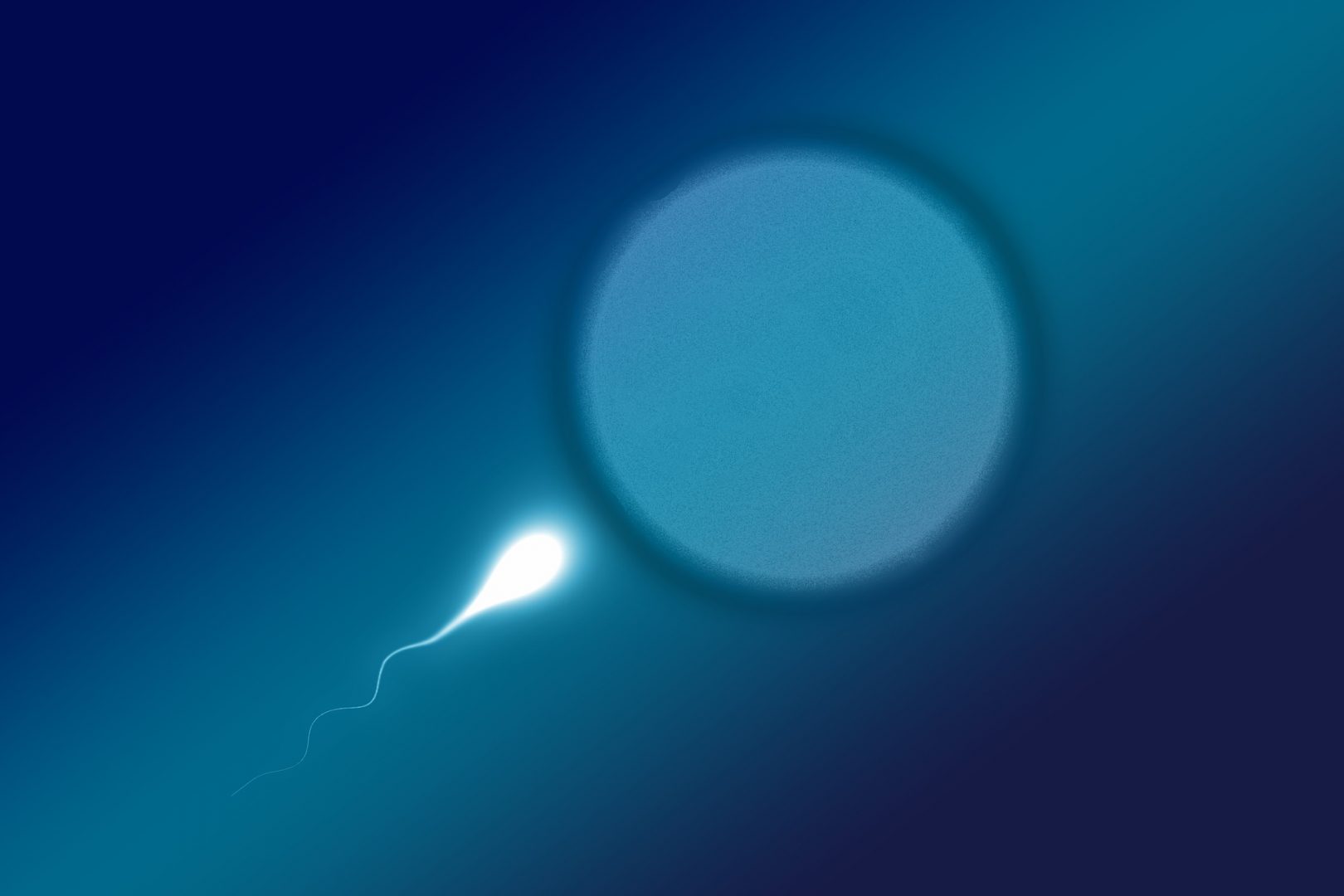 Margaret Atwood’s 1985 book, The Handmaid’s Tale, played out in a world with declining human births because pollution and sexually transmitted disease were causing sterility.

The first, published Tuesday, is the strongest confirmation yet obtained that human sperm concentration and count are in a long-term decline: more than 50 percent from 1973 to 2013, with no sign that the decline is slowing.

“The study is a wakeup that we are in a death spiral of infertility in men,” said Frederick vom Saal, Curators’ Distinguished Professor Emeritus of Biological Sciences at the University of Missouri and an expert on endocrine disruption, who was not part of either study.

The second study, published last week by different authors, offers a possible explanation. It found that early life exposure of male mouse pups to a model environmental estrogen, ethinyl estradiol, causes mistakes in development in the reproductive tract that will lead to lower sperm counts. According to vom Saal, the second study “provides a mechanistic explanation for a progressive decrease in sperm count over generations.”

But there is much more to this study, led by Washington State University doctoral student Tegan Horan and published in the journal PLoS Genet. The senior author on the paper, Washington State University’s Distinguished Professor of Molecular Biosciences, Patricia Hunt, is one of the world’s leading authorities on how endocrine disrupting chemicals harm the development of sperm and eggs.

What makes this study unique is that it examined what happened when three successive generations of males were exposed—instead of just looking only at the first. Hunt, in an email, said “we asked a simple question with real-world relevance that had simply never been addressed.”

In the real world, since World War II, successive generations of people have been exposed to a growing number and quantity of environmental estrogens—chemicals that behave like the human hormone estrogen. Thousands of papers published in the scientific literature (reviewed here) tie these to a wide array of adverse consequences, including infertility and sperm count decline.

This phenomenon—exposure of multiple generations of mammals to endocrine disrupting compounds—had never been studied experimentally, even though that’s how humans have experienced EDC exposures for at least the last 70 years. That’s almost three generations of human males. Men moving into the age of fatherhood are ground zero for this serial exposure.

So Horan, Hunt and their colleagues at WSU set out to mimic, for the first time, this real-world reality. They discovered that the effects are amplified in successive generations.

More than a dozen papers have now been published on “trans-generational epigenetic inheritance,” where exposure in a great-grandmother causes adverse effects in great-grandson—without further exposures and without changes in DNA sequence.

But crucially these experiments typically only expose one generation—the first—rather induce ongoing exposures across generations, which is the reality of human experience.

They observed adverse effects starting in the first generation of mouse lineages where each generation was exposed for a brief period shortly after birth. The impacts worsened in the second generation compared to the first, and by the third generation the scientists were finding animals that could not produce sperm at all. This latter condition was not seen in the first two generations exposed. Details of the experimental results actually suggested that multiple generations of exposure may have increased male sensitivity to the chemical.

Laura Vandenberg, an expert on endocrine disruption effects at the University of Massachusetts, Amherst and who did not participate in either study called Horan and Hunt’s work “an elegantly designed study that looks at several really important issues in environmental health.”

“As the authors rightly point out,” Vandenberg added via email, “over the past several decades, exposures to environmental chemicals—and estrogens in particular—have continued to rise.”

Exposure today, she added, is life-long, not episodic.

“Remarkably, the damage that is seen in any one generation gets worse and worse as more generations are exposed,” Vandenberg said. “I have never seen a study examine these different generations so beautifully – this is a tremendous amount of work!”

The first paper, published Tuesday in the journal Human Reproduction, analyzes data from all studies on the topic researchers could find published in the scientific literature between 1981 and 2013.  Researchers, including Hagai Levine of the Hebrew University of Jerusalem and Shanna Swan of the Icahn School of Medicine in New York found 185 studies that sampled a total of 42,000 men across fourdecades beginning in 1973.

“20 percent of Danish men do not father children.”
—Niels Skakkebæk,
University of Copenhagen

Declines in sperm concentration and total sperm count were “highly significant” for samples from North America, Europe, Australia and New Zealand. Those from South America, Asia and Africa were not significant, possibly a result of a much smaller sample size.

Hunt sees considerable linkage between the two studies. “Our data are showing that things get progressively worse as subsequent generations are exposed,” she said. “These large changes in human sperm count and concentration reveal that we are already well down the road.”

Niels Skakkebæk, a Danish pediatrician and researcher whose 1992 paper with Elisabeth Carlsen reporting large long-term declines in human sperm count kicked off over 20 years of debate, added: “These two new papers add significantly to existing literature on adverse trends in male reproductive health problems. Importantly, the data are in line with data on testicular cancer which is increasing worldwide.” Skakkebæk did not participate in either study.

“Here in Denmark, there is an epidemic of infertility,” Skakkebæk said. “More than 20 percent of Danish men do not father children.”

“Most worryingly [in Denmark] is that semen quality is in general so poor that an average young Danish man has much fewer sperm than men had a couple of generations ago, and more than 90 percent of their sperm are abnormal.”

Skakkebæk’s concerns about younger men are reinforced by some of the details of the new sperm study because it reports that men in a subgroup of the total sample whose partners are not yet pregnant nor do they have children (i.e., they are not confirmed fertile men) have experienced a drop in average sperm count of almost 50 percent over four decades, to 47 million sperm per milliliter. That puts counts close to what the World Health Organization considers impairment in ability fertilize an egg—40 million sperm per milliliter.

Poor sperm count is associated with overall morbidity and mortality.

That’s the average reduction. Every average has a distribution: Some with more reduction, some less. And those who fall in the “more” category may wind up below the level where WHO considers fertilization unlikely—15 million sper
m per milliliter. The new study specifically notes that a high proportion of men from Western countries have concentrations below 40 million per milliliter.

The sperm count study raises a larger issue, beyond reductions in the ability to fertilize an egg.

“Poor sperm count is associated with overall morbidity and mortality,” the authors wrote. “A decline in sperm count might be considered as a ‘canary in the coal mine’ for male health across the lifespan. Our report of a continuing and robust decline should, therefore, trigger research into its causes, aiming for prevention.”

Are we, as suggested by Dr. vom Saal, in a “death spiral” of male infertility? And if so, what are the larger implications? Perhaps the most far-reaching, if this is true, would be what this means there will be changes in age distributions in populations in nations suffering from this spiral.

A core assumption driving economic policies around the world is that growth is essential. Populations that are declining because of infertility face big problems because economic activity depends upon have a large number of working people compared to those that are retired. Expectations for economic growth diminish.

Would further declines in male fertility undermine the assumptions that fuel faith in economic growth, as the age distribution shifts to one with more retired people and fewer working? These are vital questions that traditional demographers have largely chosen to ignore.

A major focus of this Plastic Free July—a global...