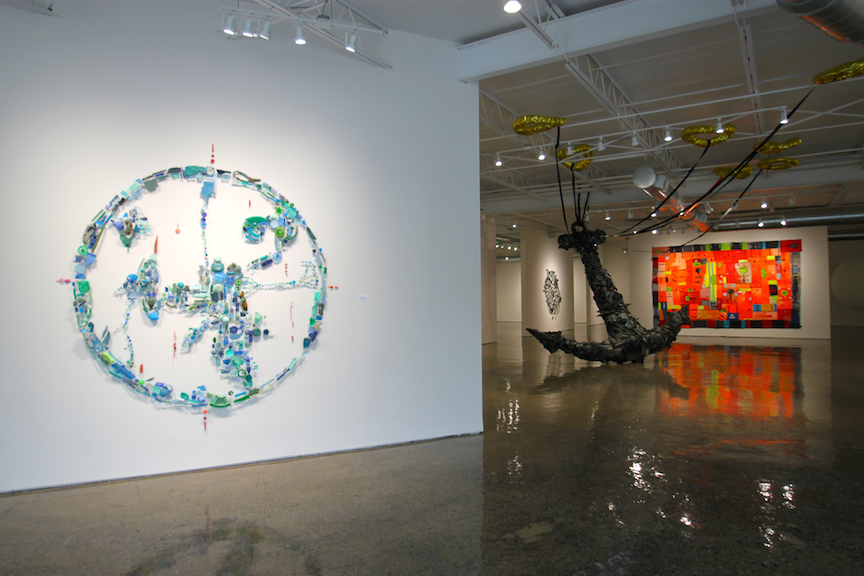 My newest exhibition has opened at Hathaway Contemporary Gallery in Atlanta, GA, the culmination of the past year’s studio and research trips to Lesvos and Kefalonia, Greece, Wales, and Indonesia. This work addresses the vast environmental and geopolitical forces re-ordering the world as we have known it through the traceable singularity that is oceanic plastic. As a universal material of contemporary global culture, plastic endures in the environment such that all plastic ever created still exists.

My most recent work engages the refugees and citizens on the island of Lesvos, the small Aegean island that has received nearly 600,000 refugees on its shores. I began work in Lesvos in a collaboration with both refugees in several camps and the citizens of the island whose lives have also been transformed in May of 2016, described here: Lesvos: Heartbreak and joy in equal measure.

I returned in December of 2016. The first thing we needed upon arrival was to secure life vests from the vast landfill in the north island. I contacted my friend Thanasis Kizos, geographer and professor at University of Aegean and he told us of having heard of changes surrounding the condition of the life vests, and he called the mayor’s office. We were told a number of things: first, that the area was now closed off with gates and guards, second, that the life vests were moved to a new location; third, that they had been buried; and finally, that you needed a permit to be able to remove them. With Thanasis’ help, we mailed an official request to the mayor’s office and awaited their reply. In the meantime, we connected to the camp at Pikpa that we would work with and heard more stories about the vests: Lesvos Solidarity, a group also working with the life vests had had them confiscated by police. It seemed that a whole mythology surrounding the life vests had been born, about police guards, burying the vests, and even relocation of the site so that the material itself had become some kind of contraband. Later, none of this turned out to be true.

Perhaps because there was so much that was out of control to the authorities on Lesvos, they were trying to assert what little control they could muster, by fabricating an elaborate tale about the discarded life vests themselves. 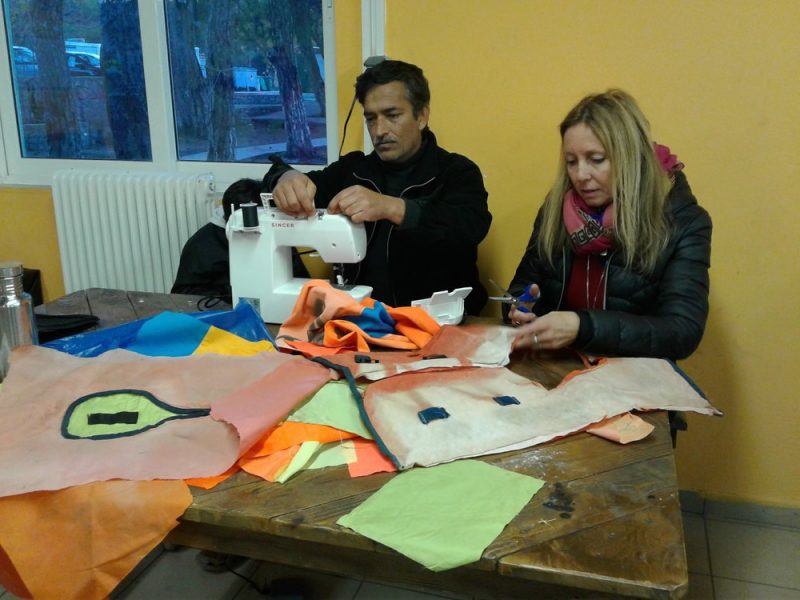 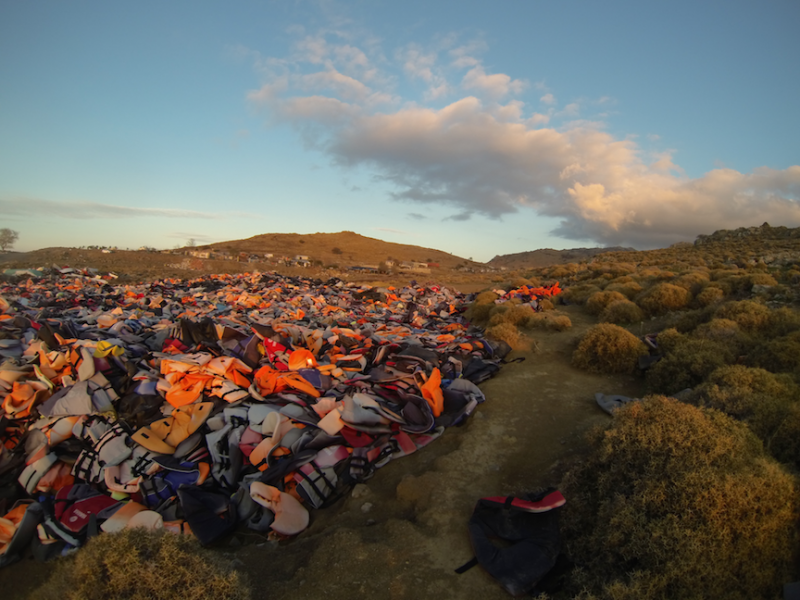 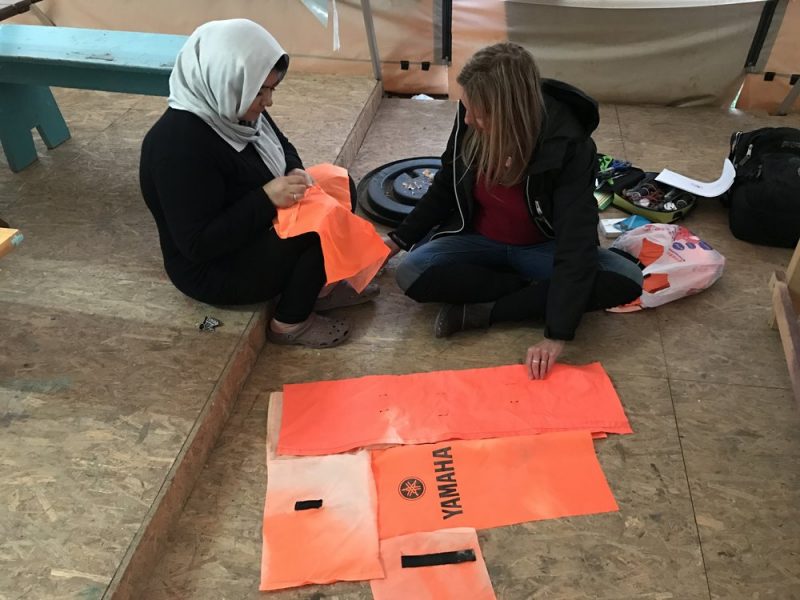 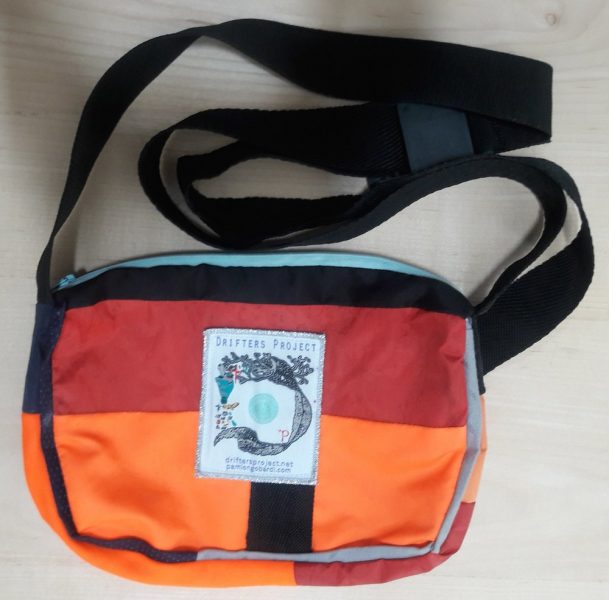 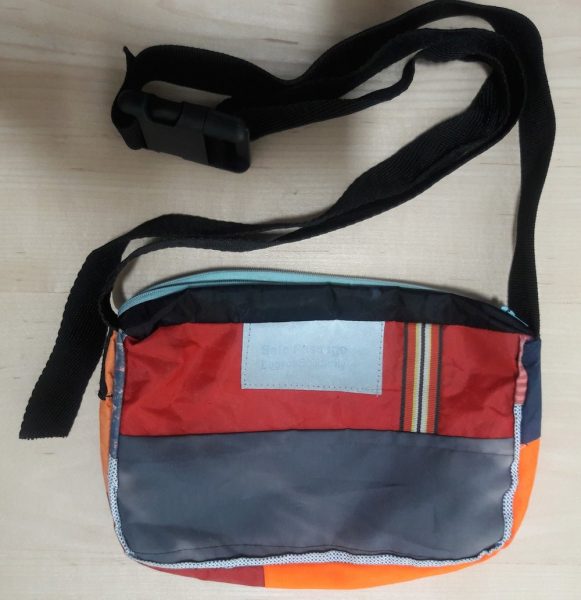 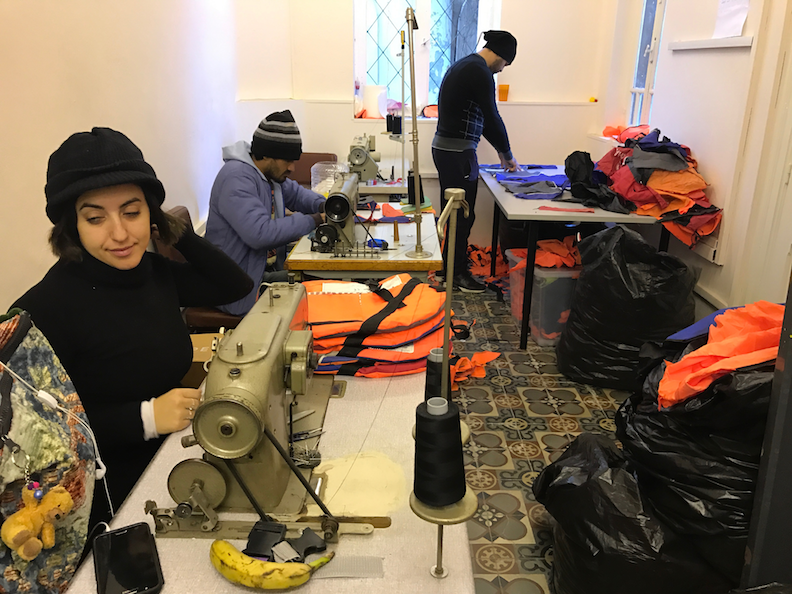 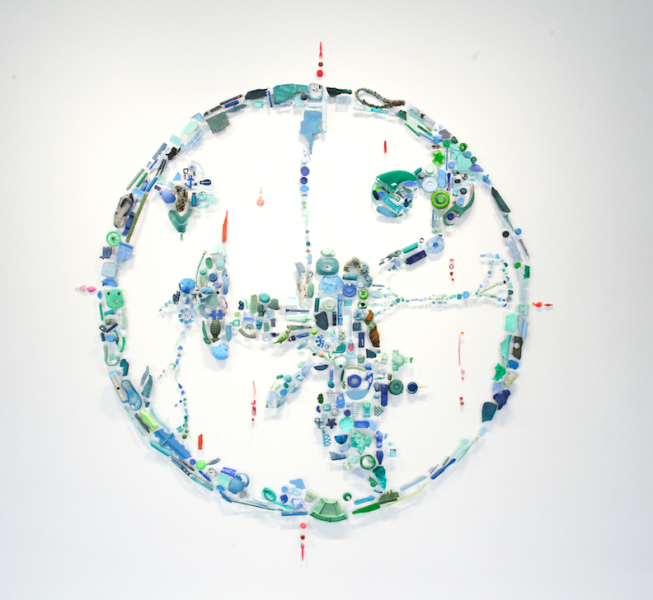 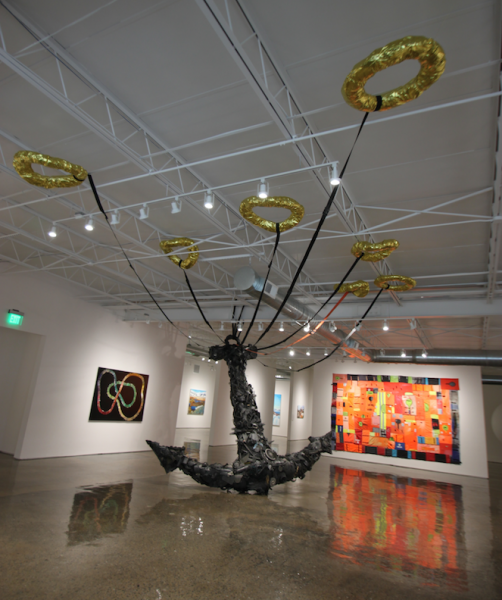 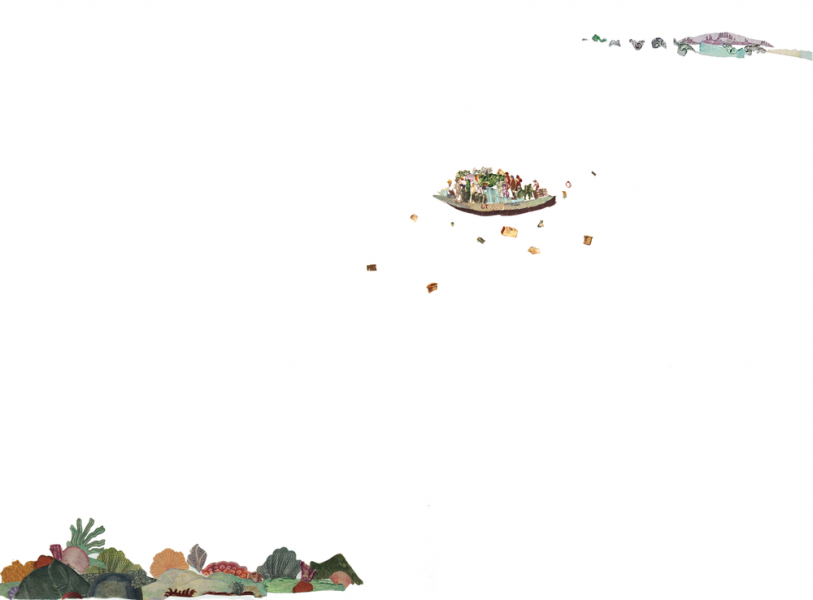 After two days waiting without any word from the mayor’s office, we decided to go and see for ourselves, and drove north to Molyvos. To our surprise, the life vest cemetery was exactly as I had seen in six months earlier: an open acreage, unguarded, unfenced, unwatched. We began to document the site and collect vests, removing the inadequate floatation filling: sometimes the vests were stuffed with empty plastic bags.  A few curious visitors wandered amongst the towering remains.

After witnessing for a second time the scale of the mountainous acreage of translocated materiality that had floated across the Aegean Sea with human passengers onboard, we began volunteering in the Pikpa camp, a former summer camp transformed into refugee village, and met some of these individuals that had floated in those very life vests. It was December, and even though the majority of residents were of Muslim origin from countries of Iran, Iraq, Syria, Afghanistan, Somalia, Eritrea, and others, Christmas trees with decorations were abounding, with 4 separate Christmas trees dotted around the camp.

I brought two sewing machines along with me and these were of particular interest to a former Afghani tailor and an Iraqi mother who was a seamstress, neither having been able to do this work that was such a big part of their former lives. I gifted them each one of the machines when we left. After several workshops making drawings and collages of flags, we began to cut apart the life vests and assemble the beginning of the Flag of Lesvos, with help from a group of the camp residents.

I imagined the Flag of Lesvos as a work  transforming the discarded plastic waste of the floatation life vests into the iconic symbol of a flag for the new nation of refugees without borders.  The Flag of Lesvos is a monumental emblem of the changing circumstance of a vast human migration, and a specific island’s response to this crisis.  It also represents the larger cooperation between Lesvos Solidarity and Drifters Project, a re-envisioning of a new future for these citizens and refugees. In collaboration with Lesvos Solidarity, we released Special Edition Safe Passage bags, designed and sewn by the refugees and Greek citizens. We have already sold 150+ bags, with 100 percent of the proceeds going to support the Lesvos Solidarity social enterprise.

Other works in the exhibition include imagery of water, fires, distress signals, floating, and sinking, rescue, refuge, and escape. In addition to wall installations and sculptures of oceanic plastic, I have constructed intimate collages of defunct and devalued currency. Together these works examine and bear witness to the complex transformations happening now. I believe each time I pick up a piece of ocean plastic, I am performing a small act of rescue. It is an individual action that one can take in the face of crisis. It can be seen as a small act of kindness. But to witness the great acts of kindness, and of rescue, occurring every day in Lesvos and other migrant destinations across the world is to affirm the innate goodness of humanity. It is to witness hope.

Pamela Longobardi is an artist, activist, and Distinguished University Professor at Georgia State University as well as Oceanic Society’s Artist-In-Nature. She founded Drifters Project in 2006 after encountering piles of plastic the ocean was regurgitating on remote Hawaiian beaches. With the Drifters Project, she collects, documents, and transforms oceanic plastic into installations and photography. The work provides a visual statement about the engine of global consumption and the vast amounts of plastic objects and their impact on the world’s most remote places and its creatures.