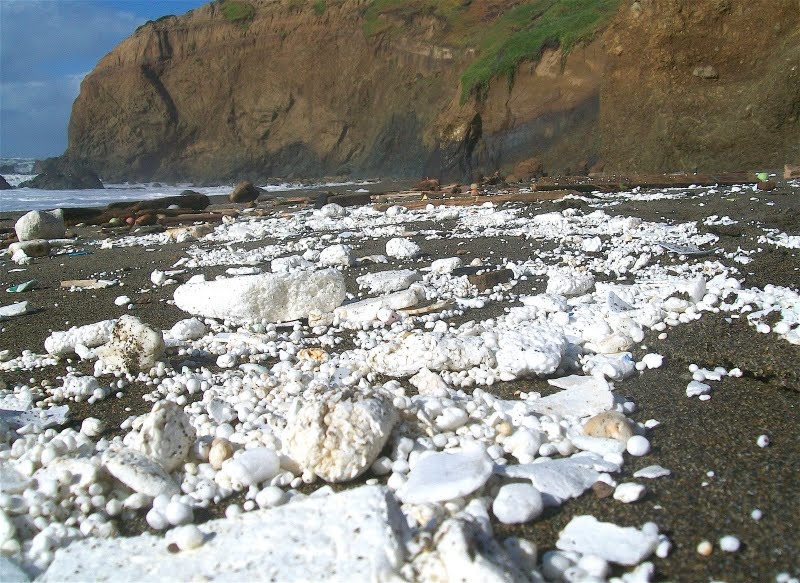 Environmental activist groups are joining forces to fight the lack of legislation on plastic pollution during Coastal Cleanup Day on Sept. 16 at Venice Beach, CA, USA. The 5 Gyres Institute, Plastic Pollution Coalition, Surfrider Foundation and the #breakfreefromplastic movement will collaborate to raise awareness about the problem of beach pollution from polystyrene and expanded polystyrene foam.

As part of this collaborative initiative, 5 Gyres will offer envelopes to beach clean up participants, so they can send found pieces of polystyrene trash to congressional representatives in Sacramento—where this year legislators voted against SB-705, a statewide polystyrene ban. This movement is part of 5Gyres’ #foamfree Action Campaign to empower volunteers to make their voices heard in the fight against Styrofoam pollution.

Polystyrene is the most common form of plastic found on beaches worldwide. Made from styrene—a known animal carcinogen and probable human carcinogen—it was ranked the 5th worst global industry in terms of toxic waste production by the Environmental Protection Agency. Typically, it is not recyclable.

Expanded polystyrene foam—better known as Styrofoam—fragments and is virtually impossible to clean up, yet Americans are still using 25 billion cups made from this plastic every year. We hope that when the polystyrene ban is re-introduced in the California legislature next year, lawmakers will do the right thing by passing it.

“Expanded polystyrene foam—better known as Styrofoam—fragments and is virtually impossible to clean up, yet Americans are still using 25 billion cups made from this plastic every year,” said Rachel Lincoln Sarnoff, Executive Director of 5 Gyres. “We hope that when the polystyrene ban is re-introduced in the California legislature next year, lawmakers will do the right thing by passing it.”

“We know what we need to know about polystyrene and expanded polystyrene foam: In the 21st century these carcinogenic, single-use plastic food-ware products should have no place anywhere near our food, let alone our environment,” said Graham Hamilton, Surfrider Malibu/West LA Chapter Coordinator. “With so many harmless alternatives available, it’s time to rid them from the consumer stream altogether.”

While the 5 Gyres Institute, Plastic Pollution Coalition, Surfrider Foundation and the #breakfreefromplastic movement applaud beach clean up efforts, this collective action is designed to highlight the lack of emphasis that events like Coastal Cleanup Day have on upstream solutions. These include legislative responsibility to pass laws that protect the environment, consumer responsibility to refuse single-use plastics such as polystyrene cups, lids, and straws, and corporate responsibility to design products with end use in mind.

“Volunteers are often given plastic water bottles by organizers when they’re at a beach cleanup,” said Dianna Cohen, CEO and Co-Founder of the Plastic Pollution Coalition. “There’s clearly a disconnect when it comes to the source of plastic pollution.”

The Venice Beach event was organized in conjunction with a Sept. 16 clean up on Freedom Island in Manila Bay, Philippines, coordinated by #breakfreefromplastic member groups and the Philippine Department of Environment and Natural Resources. Register here for the Freedom Island Coastal Cleanup.

“We’ve been cleaning up brands on our beaches for 20 years,” said Abi Aguilar of Greenpeace Philippines, a #breakfreefromplastic member organization. “It’s time for corporates to take responsibility for the materials they put into the world. We must innovate delivery systems, eliminate single-use plastics, and insist that governments better regulate corporations that use plastic. This should be the last beach clean up.”

Celebrated annually for decades, Coastal Cleanup Day is the world’s largest simultaneous volunteer action to clean up the ocean: In 2016, more than 500,000 people picked up 18.3 million pounds of trash in just a few hours.