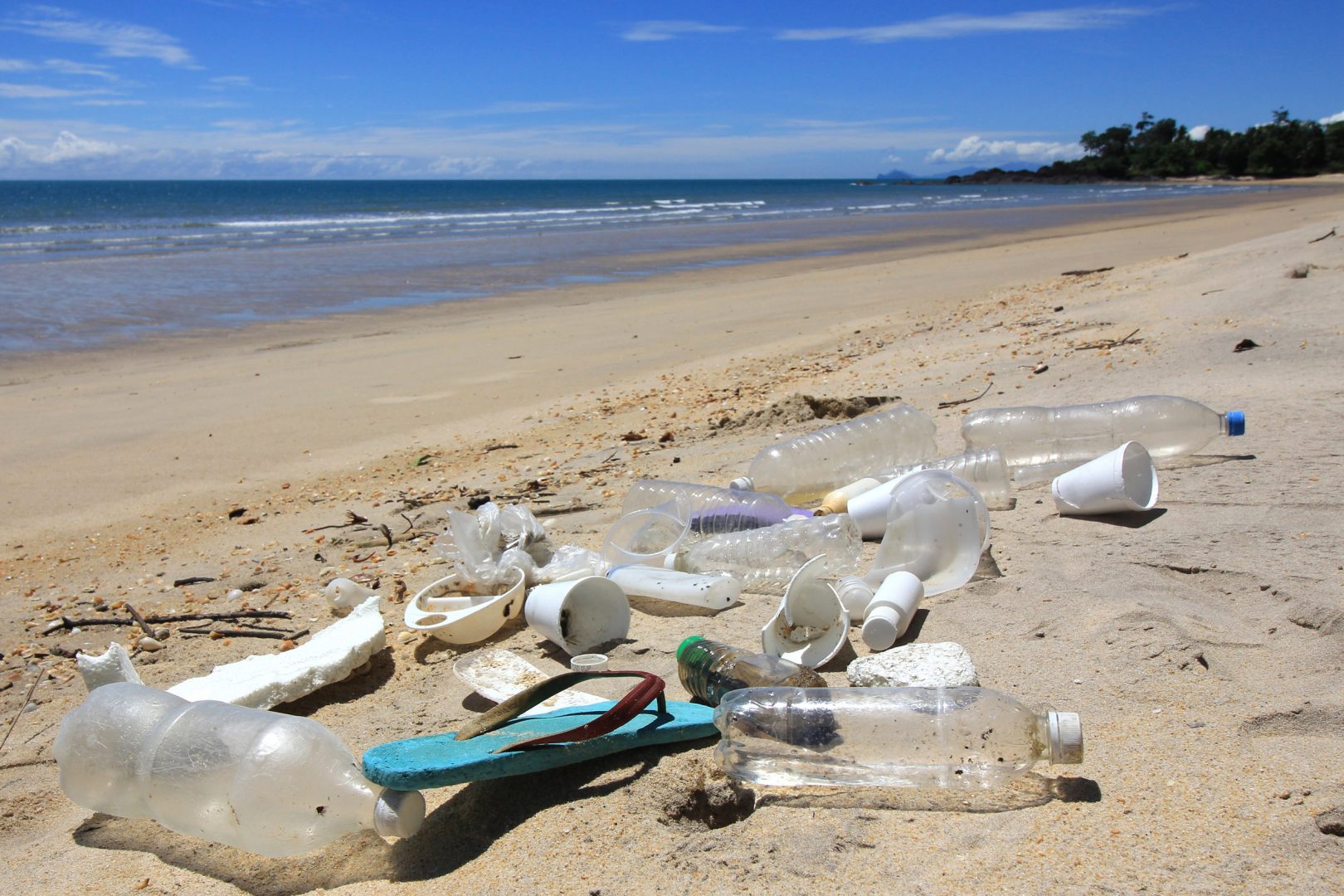 Recycling rates for waste plastic are sinking in the United States, so why is recycling still being promoted as the solution to plastic pollution? When stakeholders ask companies to act to reduce plastic pollution, the companies often respond with statements about their commitment to recycling and plans to use recyclable materials for packaging.

The relentless focus on the future path for recycling plastic packaging flies in the face of the hard facts: plastic waste generation is increasing in the U.S., exports counted as recycled have cratered due to China’s ban, costs of recycling are increasing since many trucks are needed to collect the widely dispersed waste, and plastic production expansion is keeping the prices of new plastics comparatively low. These factors work against the key premise that waste plastic will someday have sufficient value to drive reclaiming it rather than disposing of it.

It’s been frequently said: A definition of insanity is doing the same thing over and over again and expecting a different outcome. We’ve seen promises, goals, ambitions, and aims from companies for nearly 30 years to increase recycled content and reduce the number of plastic bags they hand out. During that time, plastic use and pollution has increased as well-documented by Jenna Jambeck, Roland Geyer, and other researchers. The United States ranks 20th on the list of countries contributing to plastic pollution in the ocean with an estimated 88 to 242 million pounds/year of plastic marine debris. The annual International Coastal Cleanup confirmed the evidence of plastic pollution on U.S. coasts in 2017 when more than 3.7 million pounds of trash, the majority of it plastic, was collected by 209,643 people on a single day.

Participating in a clean up? Visit the Break Free From Plastic Brand Audit Toolkit.

In July 2018, the United States Environmental Protection Agency (USEPA) published solid waste and recycling statistics for 2015. Since we don’t treasure it, it should come as no surprise that it takes so long to measure it. An unwelcome surprise is that U.S. plastic waste generation rose while the amount recycled declined from the previous year. And that happened while China was still importing nearly a million tons of our plastic waste. But that has dramatically changed. According to Resource Recycling, during the first half of 2018, 30 million pounds were exported to China, down from 379 million during the first half of 2017. Plastic waste exports to China are further challenged by China’s new 25 percent tariff on “recovered” plastics, which began on August 23, 2018. Since China isn’t accepting our boatloads of plastic waste any longer, the 2018 U.S. plastic recycling rate must be even lower than in 2015.

Plastic pollution is a blight in our cities and on our landscapes and harms our rivers and oceans. As an independent engineer on a quest to end litter now, I don’t want to wait until 2021 to find out how low our 2018 plastic recycling rate is to dispel the myth that recycling has a practical, probable chance of creating sufficient value for plastic waste that solves pollution. We can’t afford to be distracted from working on serious actions now.

Based on USEPA data, Institute of Scrap Recycling Industries (ISRI) trade statistics, and industry news source Recycling Resources, I estimate that the U.S. plastic recycling rate will sink from 9.1% in 2015 to 4.4% in 2018. The recycling rate could drop to 2.9% in 2019 if other countries in Asia follow China’s path on import bans or the proposed Basel Convention amendment prohibits the U.S. from shipping plastic waste to those countries.

While it’s not possible to make an exact prediction, this is a solid engineering estimate of material flows based on historical data and current events. Perhaps the recycling rate will be slightly higher if exports increase or, even better, plastic waste generation decreases.

Most importantly, the projected <5% U.S. plastic recycling rate in 2018 should be a wake-up call to the false promise that the existing voluntary, economic-driven U.S. recycling system is a credible solution to plastic pollution. It’s time to implement real solutions to plastic pollution, particularly the reduction of single use plastics in “on-the-go” situations that have the highest likelihood of polluting our environment. Practical solutions include ending the distribution of plastic bags, plastic straws, and expanded polystyrene foam containers from fast food and retail operations. A proven way to reduce plastic bottle pollution exists and could be implemented today: beverage and retail companies should be mandated to operate reverse vending machines and incentivize container return everywhere that they sell beverages in plastic bottles.

The traceable account of the plastic waste generation and recycling rates is provided below. It has been peer reviewed by a diverse group of people working in the environmental arena. The author welcomes being informed of other relevant and credible datasets that may change the estimation and will update the calculation and this article as appropriate.

2)  U.S. plastic recycled remains equal to 2015 (0.94 million tons).  There is no solid evidence that plastic recycling capacity or company purchases have increased since 2015.  Conversely, according to the 2016 NAPCOR PET Container Recycling Activity report, 7 of 28 PET recyclers shutdown removing 16.6% of processing capacity.  The economics of plastic recycling will continue to be challenged by expansion of new, cheap plastic production on U.S. Gulf Coast (as acknowledged by the Plastics Industry Association in a study of polyethylene film recycling)

3)  U.S. plastic waste composting weight remains at zero because industrial composting facilities for municipal solid waste are not available in the U.S.

4)  U.S. plastic waste burned for energy generation remains equal to 2015 because new waste-to-energy facilities have not come online and some have closed.

5)  2018: China has imported only 150 million pounds of plastic waste from U.S. (according to Resource Recycling citing U.S. export figures).

6)  2018: Other countries import same waste plastic weights as in 2017.  This is a reasonable estimate because while several countries initially increased imports, they are now issuing temporary bans and import restrictions.

8)  2019: Other Southeast Asian countries import zero plastic waste from U.S. due to their own concerns on environmental degradation and/or restrictions by Basel Convention (proposed by Norway).

*An earlier version of this article misattributed the insanity quote to Albert Einstein.

Jan Dell, PE,  is a registered chemical engineer and author of The Last Beach Cleanup (to be published in 2019). Jan has worked with companies in diverse industries to implement sustainable business and climate resiliency practices in their operations, communities and supply chains in more than 40 countries. Appointed by the White House Office of Science and Technology Policy, Jan was a member of the U.S. Federal Committee that led the 3rd National Climate Assessment from 2010 to 2014 and the Vice Chair of the U.S. Federal Advisory Committee on the Sustained National Climate Assessment in 2016-2017. Send her an email here.