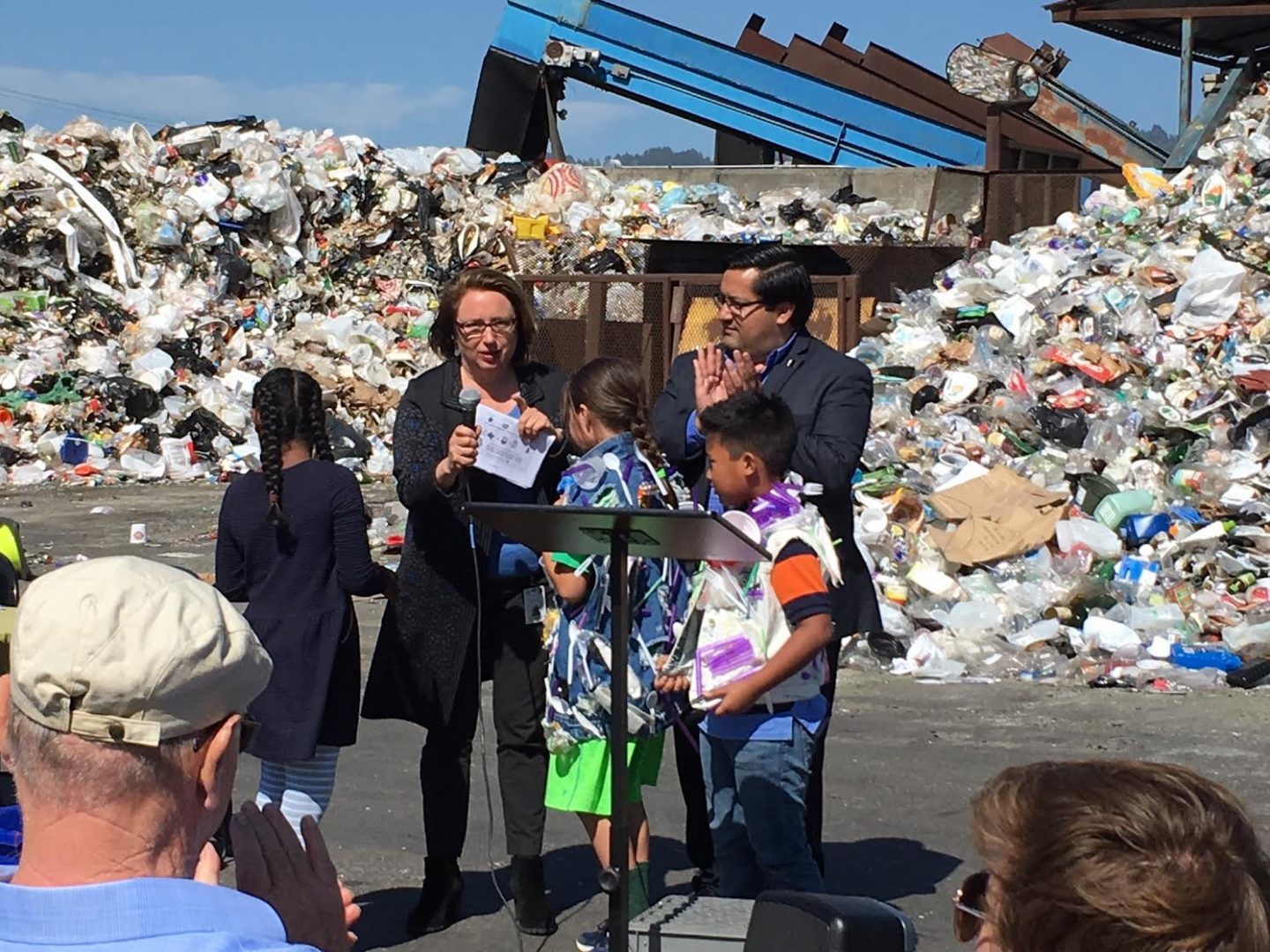 The City of Berkeley, California, has introduced the Disposable Foodware and Litter Reduction Ordinance, the most ambitious and comprehensive piece of municipal legislation in the U.S. aimed at reducing single-use disposable foodware. After a press conference on April 24, the City Council unanimously referred the ordinance to the Zero Waste Commission for review. The next steps will include the commission holding meetings for public comment and possible redrafting prior to coming back to Council for a vote. The expected timeline for the next vote is Fall 2018.

“The next steps won’t be easy,” said Sandra Curtis, Director of Innovative Projects for Plastic Pollution Coalition, a Berkeley resident. “But we are very encouraged by the support of community members, businesses and the support of the Mayor and Council member Hahn. This ordinance would significantly decrease the amount of garbage from single-use plastic we are sending to landfill. We’re looking for a Win-Win which meets the city’s Zero Waste goals, provides cost savings for businesses, offers public health and environmental protection and of course, less unsightly trash! It will be a game-changer that can become a model for other communities around the country.”

Berkeley’s proposed legislation builds on a wave of similar city ordinances, including in Santa Cruz, Alameda, Davis, Seattle, Ft. Myers Beach, and Malibu, that have been passed in response to troubling global levels of plastic pollution.

Berkeley’s Ordinance goes further than all prior initiatives, requiring that: 1) only reusable foodware can be used for dine-in service, 2) all takeout foodware must be approved as recyclable or compostable in the City’s collection programs, 3) food vendors charge customers $0.25 for every single-use beverage cup and $0.25 for single-use food containers provided, and 4) straws, stirrers, cup spill plugs, napkins, and utensils for take-out are provided only upon request by the customer or at a self-serve station.

In addition to PPC staff, PPC Executive Advisory Board Member Annie Farman, and PPC Notable Member Alice Waters have spoken out in favor of the ordinance.

“Here in Berkeley, where the organic and local food movement began, it’s important to recognize how food is served and packaged,” said Alice Waters, a chef, author, food activist, and the founder and owner of Chez Panisse Restaurant in Berkeley. “Why put delicious locally sourced, organic food in disposable and often toxic packaging?” 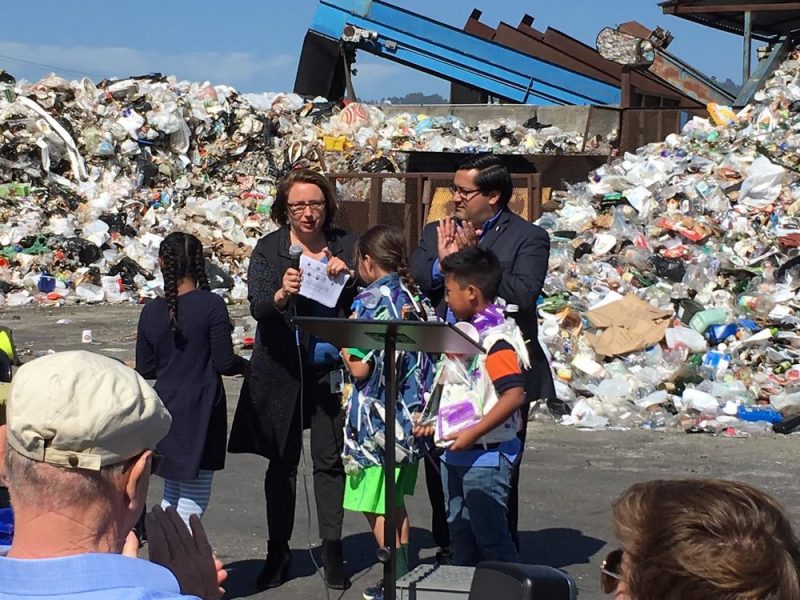 A press conference held earlier by Ecology Center on April 24. 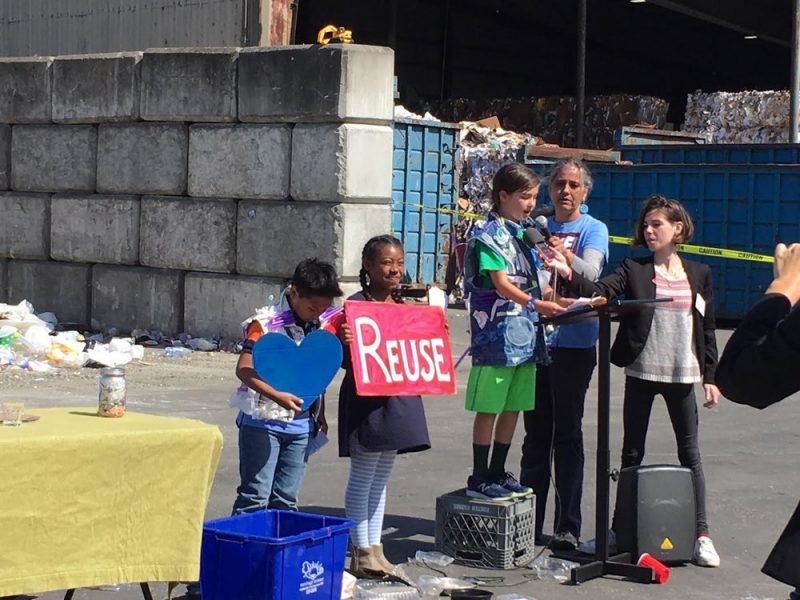 Teacher Jacqueline Omania with 3rd graders speaking at a press conferences in favor of the ordinance on April 24. 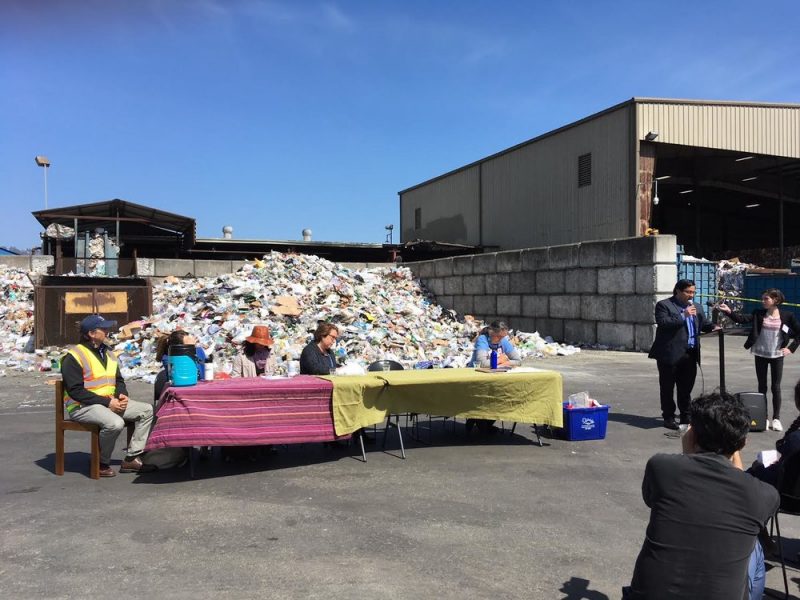 At a press conference held by Ecology Center, a day’s worth of single-use plastic trash is visible. 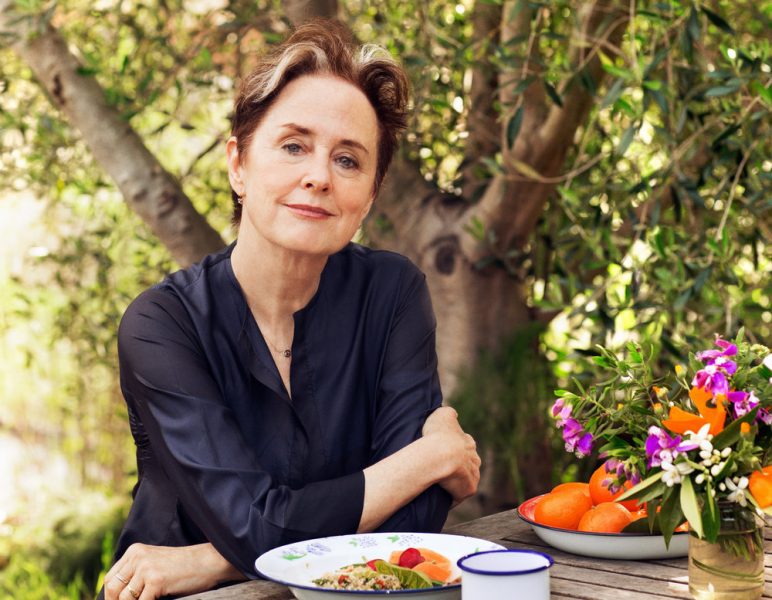 Farman agreed the ordinance would change behavior around single-use plastic. “Charging customers for take-out packaging is a step towards making people more mindful about how they consume food,” she said. “It will minimize the use of disposable containers, and lead to reduction of waste in our city.”

According to a Clean Water Action study, food and beverage packaging comprise the majority of all Bay Area street litter. Bay Area cities are struggling to meet the Regional Water Board’s zero litter to storm drains requirement by 2022. Like other cities, Berkeley bears the cost of litter abatement – including the costly collection of debris from storm drains – as do the business districts. Last year alone, the Telegraph Avenue Business Improvement District’s street ambassadors picked up over 22 tons of litter.

“Our throw-away culture is leading to a proliferation of plastics in our food, air, and drinking water, which threatens human health and all ocean life. The solutions must focus on reducing the use of disposable food packaging that is the biggest contributor to the problem,” says Upstream’s Policy Director Miriam Gordon. “Globally, we’ve seen that charging consumers for plastic bags is the most effective way to shift people from disposables to reusables. The Disposable-Free Dining Ordinance builds on that strategy.”

Since January, China has ceased to accept U.S. contaminated recycling including dirty, disposable foodware, creating a crisis in the recycling industry. “Most of the single-use plastic foodware has no value in today’s recycling markets. With China’s new ban on importing plastic scrap, cities are actually paying to get rid of it,” says Martin Bourque, Executive Director of the Ecology Center, the nonprofit that has collected Berkeley’s recycling since 1973. “Much of the low-grade plastic that now gets shipped to South East Asia may end up dumped or burned, despoiling their environment and poisoning workers. We cannot recycle or compost our way out of the disposable foodware problem. We have to focus on reduction.”