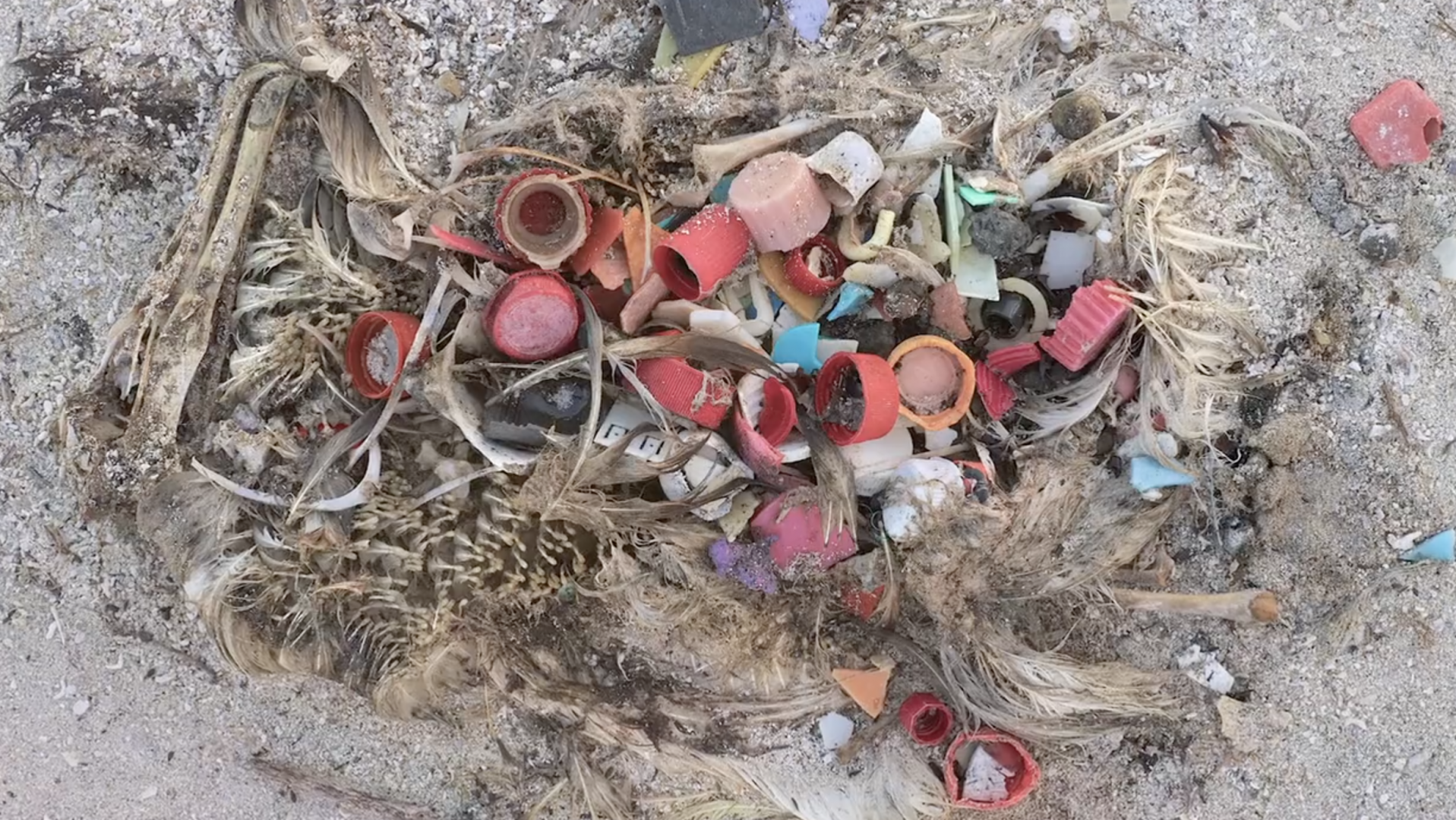 The Story of ALBATROSS

Home » Animals »  The Story of ALBATROSS

Chris Jordan is a photographer known for his stunning photos of the plastic-filled corpses of young albatrosses on Midway Island. Jordan is a Plastic Pollution Coalition founding advisor and notable member.

The journey of ALBATROSS began in 2008, as a collaboration with activist/photographer Manuel Maqueda [a co-founder of Plastic Pollution Coalition.] Studying the newly-emerging issue of ocean plastic pollution, we learned of a stunning environmental tragedy taking place on a tiny atoll in the center of the vast North Pacific Ocean.

We immediately began planning an expedition there, and on our first trip to Midway Island in September of 2009, we and our team photographed and filmed thousands of young albatrosses that lay dead on the ground, their stomachs filled with plastic. The experience was devastating, not only for what it meant for the suffering of the birds, but also for what it reflected back to us about the destructive power of our culture of mass consumption, and humanity’s damaged relationship with the living world.

On our second trip to Midway, the project’s focus began to evolve, as we met the live albatrosses singing and dancing by the hundreds of thousands all over the island. Returning to Midway a total of eight times over four years, we experienced the birds’ beauty, grace, and sentience more and more vividly with each trip. We learned to attune ourselves to their body language, so that we could film them up close without causing them anxiety. They allowed us to witness their most tender moments at astonishingly close range, as the mated pairs snuggled and built their nests together, their babies hatched from their eggs, and the fluffy chicks waited alone for their parents to return from their foraging trips to sea. The poetry of the albatross revealed itself layer by layer, as my team and I were gifted with intimate footage of every stage of their cycles of life, death, and birth.

Through this journey, I held to a principle of emergence that served as the creative foundation for the project. I wanted to experience the birds on their terms, imposing as few human judgments or preconceptions on them as possible. With this intention, I avoided scripting any aspect of the film in advance. The trips were approached as open-ended creative explorations, with no story or agenda in mind. Each day on the island, my team and I filmed and photographed whatever felt most interesting and beautiful, without judging our subjects’ relevance. Usually we focused on the albatrosses, and we also turned to different subjects: fairy terns, the sea, the forest, a passing storm, or the island’s omnipresent crumbling military infrastructure, never knowing whether that day’s work would be used in the final film. I saw my directorial role as being the steward of an empty vessel, into which a yet-unknown story would arise spontaneously. This approach was challenging for everyone, including the project’s financial supporters, who maintained intrepid patience with my non-linear and unpredictable process. Ultimately this philosophy allowed something to birth itself that could not have happened any other way.

The Making of ALBATROSS

To shape our 400+ hours of footage into a film, I initially worked with three different editing / writing / production teams over several years. Each of these experiences brought valuable learning, but ultimately I needed to take full creative control of the story, editing, writing, narration, and music choices, as a solo artistic effort. So in June, 2015, I discarded all previous iterations of the film and started over from scratch with the raw footage. I spent more than two years in my Seattle studio learning to edit, working with the footage, experimenting with sound and music, and writing/recording the narration. My close friend and collaborator Jim Hurst, who served as the project’s lead cinematographer and sound recordist, played a major role in the final editing/polishing stage, as well as joining me full-time for the several-month sound design and audio mix down.

From the beginning, I could feel my editing style departing from the traditions of documentary filmmaking. My wish was not only to tell the factual story of the albatrosses from an observational standpoint, but to convey the intensely vivid sensual, emotional, and spiritual experience of being with them on the island. My time with these magnificent beings was an internal experience as much as an external one, infused with often-overwhelming levels of beauty, lyricism, mystery, reverence, grief, and joy. And both the birds and the island resonated with richly poetic layers of symbolism, archetype, metaphor, and spirit. Midway felt to me like a kind of acupuncture point on the globe, emanating a transformative healing energy that if honored in its full depth and breadth, could reach far out into the field of human collective consciousness. I felt it was vital to integrate all of these elements as a holistic approach to the documentary art form.

ALBATROSS as a Public Artwork

As the time approached to release ALBATROSS into the world, I realized I could not treat it as a commercial product. To do so would tacitly endorse the same destructive machine of mass consumption that had filled our beloved birds with plastic in the first place. And the experience of Midway had come to me as a life-changing gift that I felt should be passed along in the purest form possible. I also believe that now is the time for radically creative action by all of us on behalf of life, in whatever big or small ways we each have the power to do. One thing I can do is to give my eight-year labor of love as a gift to the world, as a gesture of trust in doing the right thing for its own sake.

With these principles in mind, ALBATROSS is offered as a free public artwork. Starting on Earth Day 2018, ALBATROSS has been made available for individuals everywhere to host a free screening for their families, friends, communities, organizations, churches, etc. Thousands of people are already signing up to join in this collective-consciousness raising experience.

The most important ways that ALBATROSS will spread is personally through word of mouth and hosted screenings, and via social media. Please consider hosting a screening, and share ALBATROSS with your networks. And in the reciprocal spirit of the gift economy, I invite you to contribute financially to our project. All incoming funds will be applied to help carry ALBATROSS further out into the world, including to other countries and in multiple languages.

With my warm regards, and those of my team, we thank you for your engagement. This has been a long and challenging journey, made with the support of many generous, creative, and steadfast friends. Now we are thrilled to let ALBATROSS take off into the world as an offering of love, beauty, and hope for our times.

Learn more about Chris Jordan and his work.

0 responses to “ The Story of ALBATROSS”