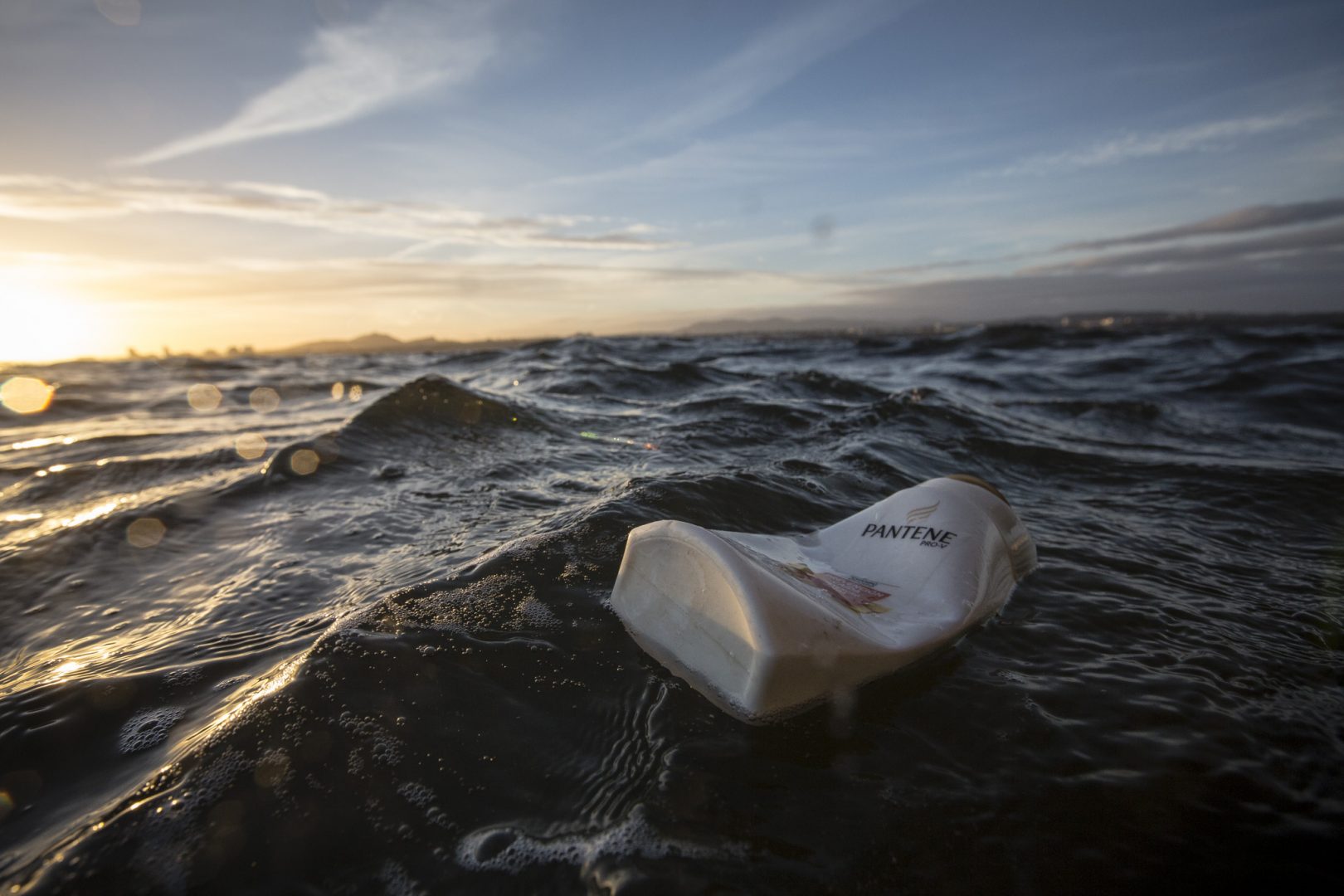 Photo: A plastic Pantene bottle floats in the Irish Sea. Photo by Greenpeace. Pantene is a P&G brand.

A group of nearly 30 companies including ExxonMobil, Shell Chemical, Dow, and Procter and Gamble have launched the Alliance to End Plastic Waste today. The Alliance has pledged to commit $1 billion dollars toward plastic recycling and cleanup efforts, but fails to address the industry’s massive scale up of plastic production and the fact that recycling rates for plastic are plummeting across the U.S. and world.

“This announcement from industry is too little, too late,” said Dianna Cohen, CEO of Plastic Pollution Coalition. “Plastic production is slated to increase by 40 percent over the next decade. Recycling fails to address the problem, and single-use plastic is filling our waterways, oceans, and environment. These global companies must take action to reduce single-use plastic production. We need to turn off the faucet. As Captain Charles Moore has frequently said, without reduction, investment in recycling and cleanup is like bailing an overflowing bathtub with a teaspoon.”

Captain Charles Moore is the founder of Algalita Marine Research and Education, a PPC member organization, and the discoverer of the Great Pacific Garbage Patch, a massive area of plastic soup floating in the Pacific Ocean.

Plastic Pollution Coalition is a growing global alliance of individuals, organizations, businesses, and policymakers working toward a world free of plastic pollution and its toxic impacts on humans, animals, waterways and oceans, and the environment.