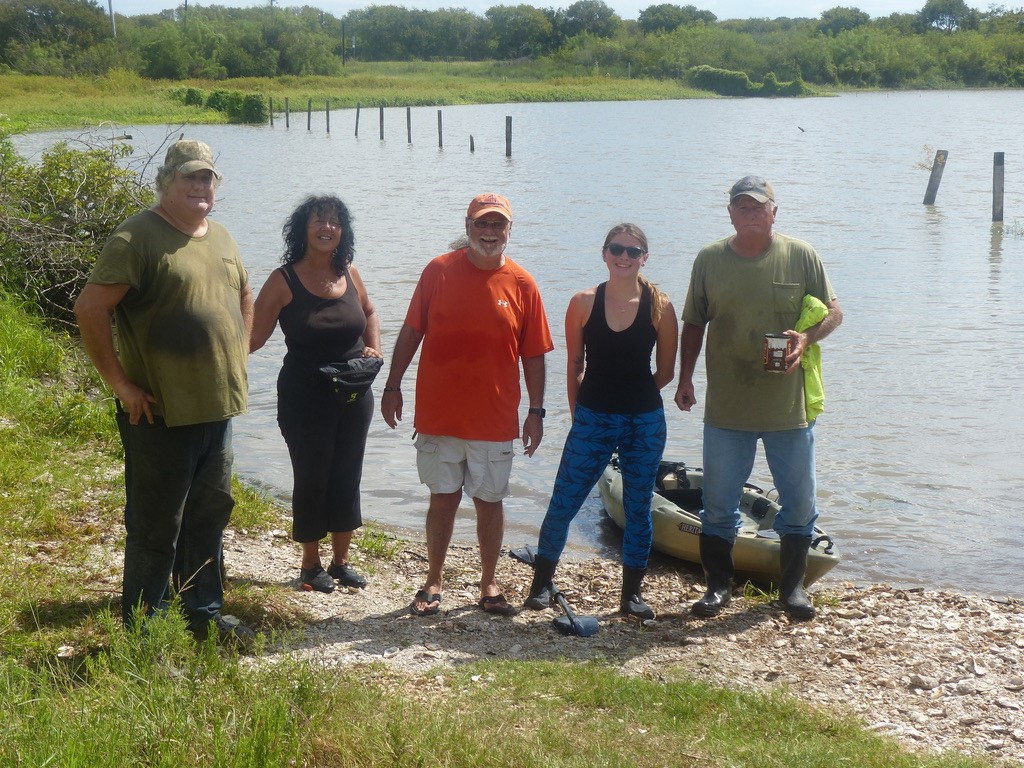 VICTORIA, Texas (Oct. 15, 2019) – Petrochemical giant Formosa Plastics Corp. has agreed to pay $50 million to settle a lawsuit over federal Clean Water Act violations brought by Texas residents. The agreement is the largest ever settlement of a Clean Water Act suit filed by private individuals. The company – whose Point Comfort, Texas plant has discharged billions of plastic pellets into Lavaca Bay and Cox Creek – also agreed to comply with future “zero discharge” of all plastics and clean up existing pollution.

In no other case have private individuals collected as much evidence to prove illegal discharges.

“The years of fighting to protect the natural resources of the Lavaca Bay-Cox Creek area have finally paid off,” said Diane Wilson, a former shrimper and a plaintiff in the suit, along with members of the San Antonio Bay Estuarine Waterkeeper. “It’s a huge victory for the environment – and for the people who love and depend upon it. We look forward to working with Formosa to restore the health of our environment and make sure it stays pristine.”

“A settlement of this size sends a powerful message to corporate polluters – there’s a steep price to pay for flagrant, chronic violations of laws that protect our environment,” said Texas RioGrande Legal Aid (TRLA) attorney Erin Gaines, who represents Wilson. Gaines added, “And with plastics pollution of our oceans at a crisis, the message comes at a vital time.”

The settlement, proposed by the plaintiffs and Formosa, must still be approved by U.S. District Judge Kenneth M. Hoyt, who already ruled for the plaintiffs after hearing the liability phase of the case.

None of the $50 million settlement will be awarded to the plaintiffs.

The settlement funds will be paid out over five years into a fund that will support projects that reverse the damage of water pollution in Texas’s Calhoun County. Some of those projects include:

$20 million for creating a cooperative that will revitalize depleted marine ecosystems and develop sustainable fishing, shrimping and oyster harvesting.$10 million for environmental development of Green Lake park, the 2ndlargest natural lake in Texas, into an environmentally sound public park. $2 million to control erosion and restore beaches at Magnolia Beach. $5 million for environmental research of San Antonio and Matagorda bay systems and river deltas that feed into them. $1 million to support the “Nurdle Patrols” at the University of Texas’s Mission-Aransas National Estuarine Research Reserve, and to give scholarships to allow persons throughout the Gulf coast to attend Nurdle Patrol conferences. The brainchild of the Reserve’s director Jace Tunnell, the Nurdle Patrols are volunteer groups that collect plastic pellets, also known as nurdles, in order to document and research plastic pollution of the Gulf and its shores. $750,000 to the YMCA for camps for children to study and learn how to be good stewards of the local marine environment.

“This case is a shining example of the crucial role that citizen enforcement suits play in seeing that our cornerstone environmental laws, like the Clean Water Act, actually fulfill their purpose of protecting our environment and public health,” said Josh Kratka, senior attorney at the National Environmental Law Center. “When state agencies and the U.S. EPA fail to secure compliance, private citizens and environmental groups must have the ability to step in to ensure polluters are held accountable.”

The settlement details how and when Formosa will make improvements to its plant to eliminate the discharge of plastic pellets. Plaintiffs will be allowed to review decisions and make objections throughout the process – from the hiring of an engineer to design the improvements, to the monitoring of Formosa to achieve zero discharge. If Formosa is found to be in violation again, it will pay for every documented discharge back into the settlement fund. Payments will start at $10,000 per discharge this year and increase in annual increments to over $54,000 per discharge.

“Through reporting requirements, an independent monitor, site visits, and other accountability requirements, we will have access to the process to determine whether Formosa is living up to its side of the bargain,” said Bob Lindsey, a plaintiff and member of the San Antonio Bay Estuarine Waterkeeper. “We will have the power to make sure Formosa fulfills its promises.”

Amy Johnson, an attorney for TRLA who also represents Wilson, said, “Since at least 2000, Formosa’s Port Comfort facility has discharged plastic pellets and powder into Lavaca Bay and Cox Creek. “Our engineers were key in documenting that plastic pollution would continue unabated unless dramatic changes were made to the plant. We will now work with Formosa to make sure those improvements are made, and the discharges are stopped.” (TRLA attorney Jennifer Richards also worked on the case.)

Collecting their own evidence, they patrolled Lavaca Bay and Cox Creek on an almost daily basis for nearly four years, picking up samples of Formosa’s discharges. In total, they collected 2,428 samples of pellets and plastic powders and stored them in zip-lock bags and bottles marked with dates, times, and locations. They also took thousands of photos and videos of plastic pellets in the water and along shores. Packing the samples into boxes, they took them to the courthouse in downtown Victoria, where they presented them as evidence during the liability phase of the trial earlier this year.

In his ruling for the plaintiffs, Judge Hoyt wrote, “these witnesses provided detailed, credible testimony… .” He described Formosa as a “serial offender” and wrote that its violations of the Clean Water Act were “extensive, historical, and repetitive.”

For the trial, Jeremy Conkle, an assistant prof
essor of environmental chemistry at Texas A&M University-Corpus Christi, provided an estimate of the quantity of pellets that Formosa discharged. For the past few years, Formosa has been both discharging plastic pellets and trying to clean them up. As such, Conkle was able to estimate how many had been spilled by finding out from cleanup crews how many had been collected. From April 2017 through February 2019, the crews removed between 341,000 and 3.4 million pounds of plastic debris, which equals 7.6 billion to 75 billion individual pellets, according to Conkle’s calculations. (See Addendum)

“It’s great news that Formosa Plastics is finally being held accountable for polluting Texas waterways with plastic pellets,” said Julie Teel Simmonds, an attorney with the Center for Biological Diversity. “The zero plastic discharge requirement this settlement won should be the standard for all plastic plants across the country.”