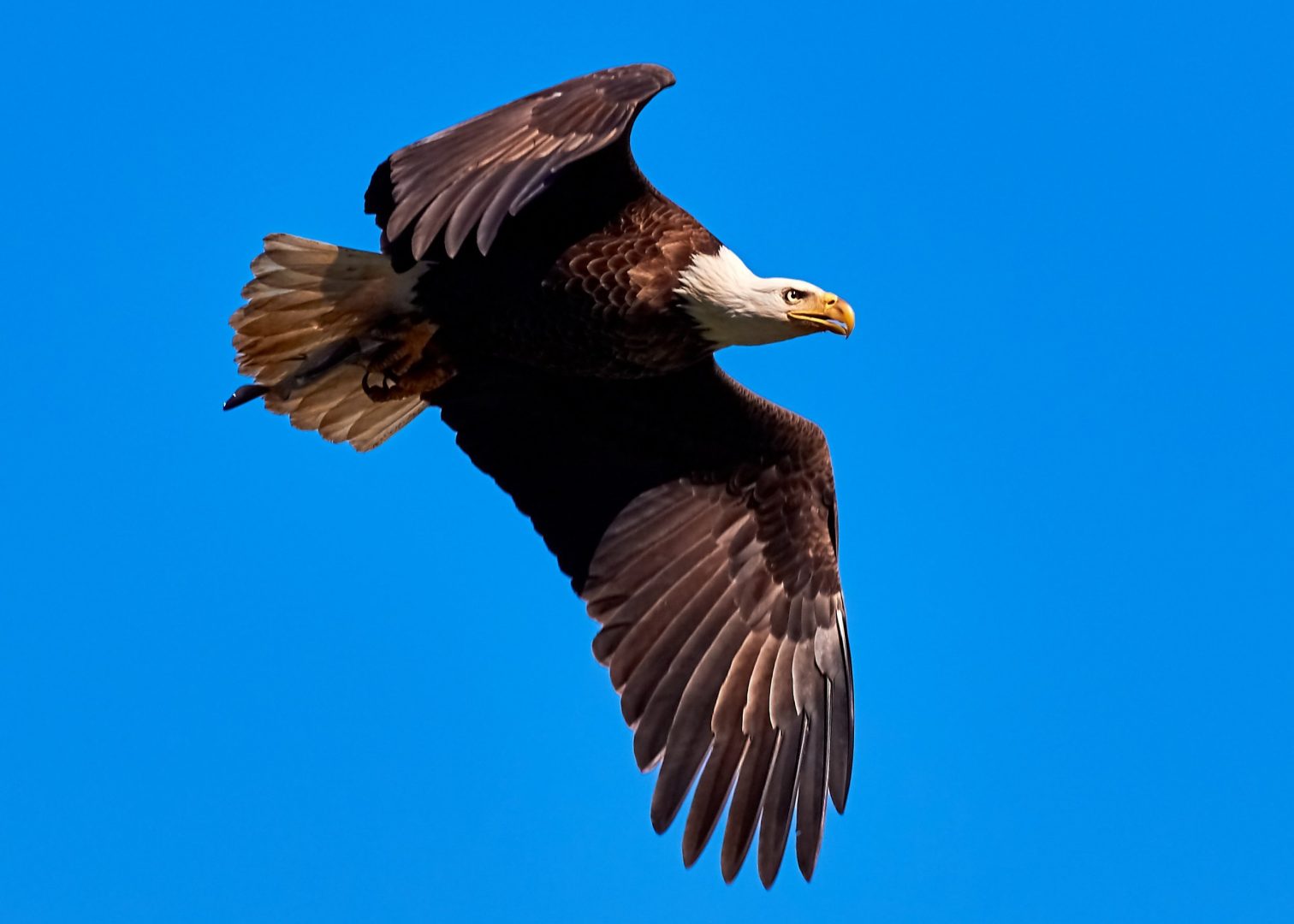 Reports from the Seattle, Washington area, show that bald eagles – the American national bird – are taking hazardous waste and plastic pollution from a local landfill and dropping it in suburban back yards.

The federally protected birds are visiting the open-air Cedar Hills Regional Landfill in King County, which was supposed to have been closed years ago, but a proposed expansion has kept it open.

Popular Mechanics reports that over two tons of trash are brought to the location every day, and landfill staff estimate that around 200 eagles have made the area their home, scavenging for anything they can find and dropping their scraps everywhere else.

“Anybody that lives within close flying distance of the landfill knows that the eagles deposit this stuff everywhere,” said resident David Vogel to the Seattle Times.

At a city council meeting, Vogel held up a sealed plastic bag containing human blood that he said he’d found in his yard, just west of the landfill property.

Trash and plastic pollution can choke, poison, or otherwise harm eagles. Over 260 animal species, including invertebrates, turtles, fish, seabirds, and mammals, have been reported to ingest or become entangled in plastic debris, resulting in impaired movement and feeding, reduced reproductive output, lacerations, ulcers, and death.

There’s something almost poetic about the American national bird reminding people that the trash they throw in a landfill doesn’t simply disappear. In a way, these birds are a visceral demonstration of the usually hidden consequences of extreme consumption. We create too much trash, and that much trash creates consequences. That could mean eagles dropping biohazard containers in your front lawn, or it could mean nearly 20 tons of plastic washing up on one of the most remote beaches in the world.

While some short-term solutions like closing a landfill or pulling trash out of the ocean might temporarily fix the problem, the only way to really live in a world where our trash doesn’t come back to haunt us is to be smarter about how much of it we create.

Dianna Cohen, Co-Founder and CEO of Plastic Pollution Coalition, said: “The Eagle, the National bird  of U.S. bringing bits of hazardous waste and plastic pollution back to our yards is both ironic and a wake up call. It’s time to stop polluting the planet with plastic for the health of humans and animals, and for the sake of the birds and the bees.”