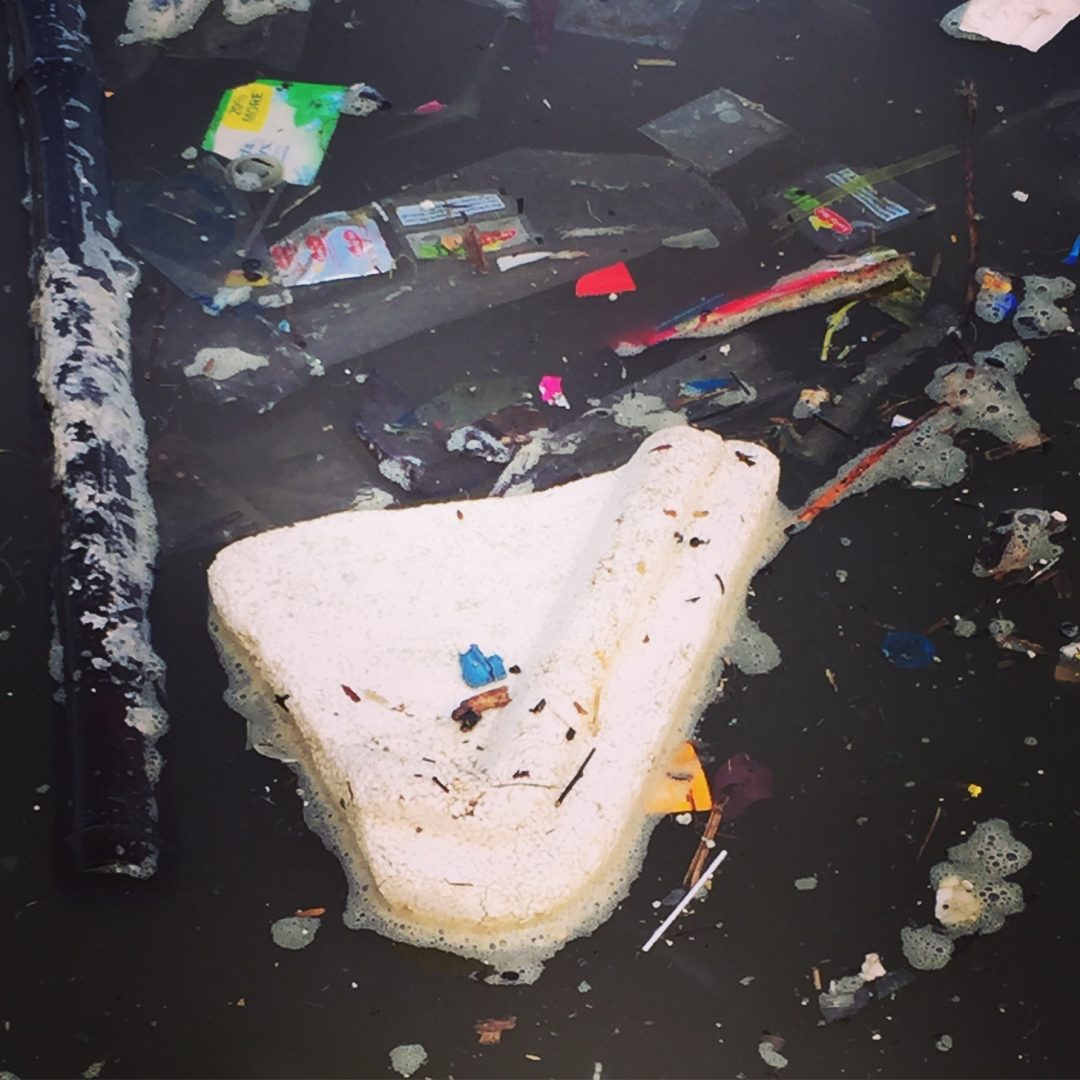 We recently wrote to the NFL Commissioner and Team Owners with a specific concern about plastic waste and pollution and a request that the NFL be an active part in ending what has become a pollution epidemic.  Plastic pollution has significant impacts to the ocean in areas such as South Florida where the NFL will host Super Bowl LIV in 2020.  As NFL fans and members of NFL team communities who are actively involved in ocean and environmental issues, we request that the NFL end licensing of team logos on non-recyclable, non-durable expanded polystyrene (EPS) foam coolers that create waste to landfills and pollution to the ocean.

Just as the NFL has improved the technology of helmets to protect the health of players over the last decades, we request that the NFL now license only to reusable, non-polluting coolers to protect the health of the oceans, ecosystems and many species suffering from plastic pollution. The disposable design of EPS foam coolers is as outdated as leather football helmets.

The Miami Super Bowl LIV Host Committee recently announced the launch of the Ocean to Everglades (O2E) campaign aimed “to reduce the environmental impact around Super Bowl events and promote sustainability around the unique confluence of ocean and land-based issues found in South Florida”. Promotion of EPS foam coolers is counterproductive to the O2E initiative because EPS foam is described as the biggest plastic pollution problem by a marine biologist in Key Largo, Florida who volunteers at monthly coastline cleanups.  “We always go to the same spot and no matter what time of the year, Styrofoam coolers and just chunks of Styrofoam are always there,” she said. Marine life experts in Jupiter, Florida say ocean trash is threatening the lives of sea turtles.  In the last year alone, over 35,000 foam pieces were collected on a small 9.5 mile stretch of beach they patrol. Up north in Baltimore Harbor, Maryland, Mr. Trash Wheel collected 1,028,000 Styrofoam containers in five years. This has led the State of Maryland to pass a statewide ban on EPS foam containers. 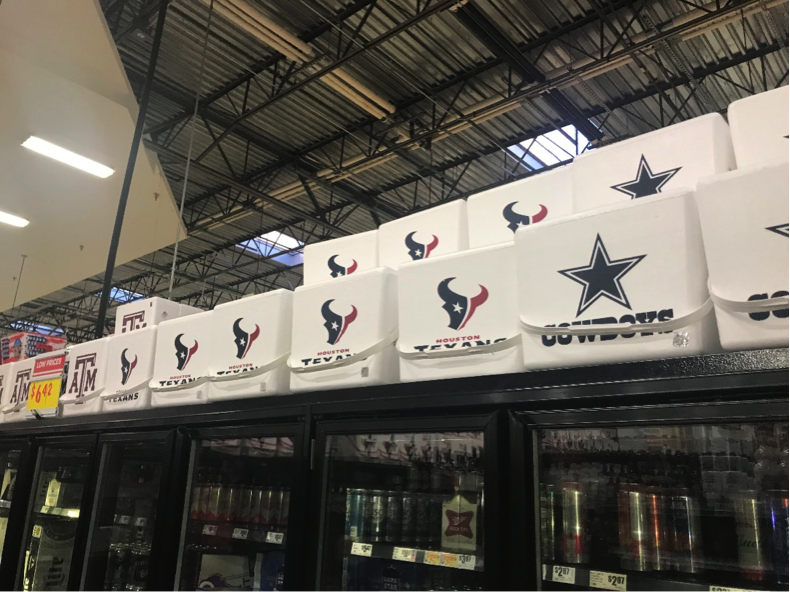 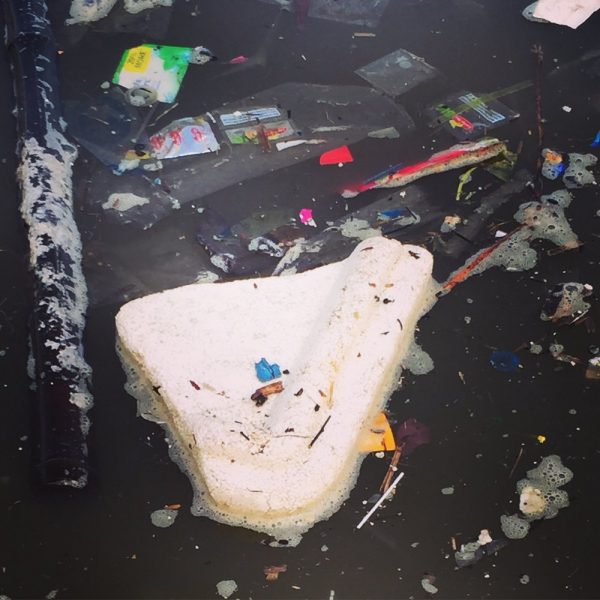 The NFL has licensed team logos for imprinting on EPS foam coolers for decades. The coolers are sold in grocery and convenience stores across the United States (U.S.) and are designed to be disposed after only a few uses.  The light weight, non-durable nature of EPS foam leads to cooler breakage through wear and tear experienced in normal use. The old-fashioned disposable design creates non-recyclable plastic waste that must be sent to landfills and is now understood to create plastic pollution to the ocean.  Experts estimate that 300,000 metric tonnes of plastic waste from the United States (U.S.) pollute the ocean every year, which is about 65 dump trucks of plastic waste per day. Disposable EPS foam coolers contribute to this plastic pollution that is a blight in our cities and on our landscapes and harms our rivers and oceans.

Plastic waste and pollution are a burden to cities and communities to pay for waste disposal, landfill expansion and pollution cleanup. Over 200 U.S. cities and communities have banned EPS foam containers because of the costs to dispose of the plastic waste and its many harms to the environment. Sales of NFL EPS foam coolers are now illegal in New York City, Nassau County, Maine, Maryland, San Francisco, San Diego and several cities in the Los Angeles area. Use of NFL EPS foam coolers is illegal in Miami-Dade County Parks and Beaches. More U.S. cities and states are considering EPS foam container bans in 2019. Recycling of EPS foam is not a viable, realistic option in the U.S. due to the high cost of collection, cleaning and processing. As a result, only about 1% of EPS foam containers and packaging was recycled in the U.S. in 2017.

The NFL and individual teams have made environmental and social commitments to communities to operate in sustainable, eco-friendly ways. However, licensing of the NFL team logos to a non-recyclable, non-durable EPS foam product is not consistent with the NFL and team commitments.  To its credit, the NFL also licenses team logos to several manufacturers of reusable nylon coolers and durable hard plastic ice chests.  Unlike EPS foam coolers, these reusable, durable options are inexpensive and sustainable for hundreds of uses over multiple years. With durable coolers already licensed, elimination of EPS foam coolers would not pose a hardship on the NFL or NFL fans because reusable containers are inexpensive, would provide cost savings to consumers after just a few uses and would remove NFL team logos from sources of plastic pollution.

On behalf of our organizations, members, and supporters, we ask the NFL to only license and promote reusable, durable coolers.  By promoting reusable coolers, the NFL will: encourage sustainability in fans and communities, enhance the NFL and individual team brands by affixing logos only to non-polluting products and expand brand exposure since durable coolers are legal across the entire country and in every NFL market.

We support the Super Bowl LIV Committee’s desire to “leave a positive and sustainable legacy long after the final whistle of the Game on February 2, 2020”. The NFL can start now by promoting reusable coolers instead of disposable EPS foam coolers that too often become plastic pollution in the ocean. By ending promotion of EPS foam coolers now, there will be less EPS foam plastic pollution to be collected during the planned O2E beach cleanups during Super Bowl LIV in Miami, Florida.