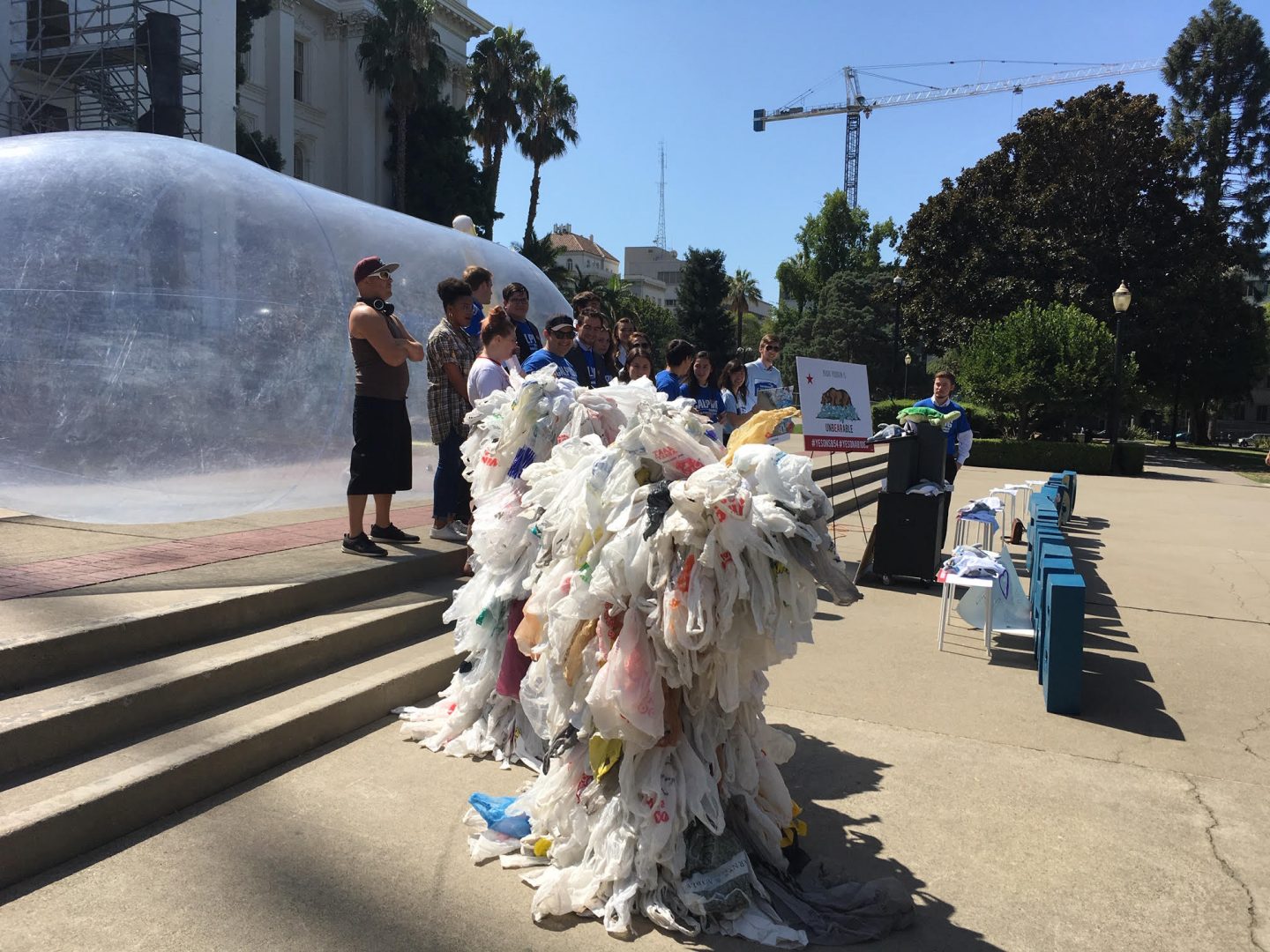 SACRAMENTO —  Today California businesses, local governments, environmental advocates, and students joined a bipartisan group of lawmakers at the California State Capitol to call for the passage of a proposed law offering the most comprehensive framework in the nation to curb the single-use plastics and packaging waste crisis. The rally highlighted the findings of a recent Public Policy Institute of California poll revealing that 90% of Californians think plastic pollution is a problem for the future of the state.

The coalition urged passage of Assembly Bill 1080 (Gonzalez) and Senate Bill 54 (Allen), together known as the California Circular Economy and Plastic Pollution Reduction Act, a proposed law addressing the waste crisis from beginning to end — from before a product is ever created or purchased, until it is ready for disposal.  The measure requires that manufacturers transition their products from wasteful, harmful single-use packaging and the top ten most littered single-use plastic items to reusable, compostable, and/or recyclable models.  It creates reasonable timelines to make these changes, requiring an overall waste reduction of such items by 75 percent by the year 2030. The Act also calls for incentives for in-state manufacturing using recycled materials.  Together, these requirements will cut back on the amount and type of trash going into landfills and litter entering neighborhoods, parks, waterways, and the ocean, which will protect wildlife and human health.

“Our local communities are in the middle of a waste crisis, and our neighborhoods and waterways are polluted with litter. We need to act, and we need to do more than one-off bans on products. AB 1080 takes a comprehensive approach to the plastics problem,” said Assemblywoman Lorena Gonzalez, author of AB 1080. “It’s time to pass AB 1080 and make California a leader in reducing pollution from single-use packaging and plastics.”

“We have a waste and pollution crisis on our hands, and the bottom has fallen out of the global recycling market with China’s decision to no longer take our trash,” said Senator Ben Allen, author of SB 54.  “This legislation provides a comprehensive plan to transition manufacturers and consumers toward more sustainable packaging and products. Single-use plastic items are destroying our oceans, marine life, and the broader environment, and harming human health.  And cities are forced to spend millions of taxpayer dollars on waste management and cleanup that could be used for other essential services. It is time for California to take this crisis seriously and set a course to address it that will be a model for other states and countries to follow.”

By increasing recycling rates and incentivizing the in-state manufacture of goods using more recycled content and materials, the Act will end California’s existing reliance on other countries to take its waste, and it will boost the state economy.  Currently, California waste and recycling industries are struggling to adapt to China’s 2017 “National Sword” policy to stop accepting other nations’ trash. This has resulted in Californians’ garbage and recyclables piling up at local waste facilities, going into landfills, being incinerated, or being shipped to other countries in Asia that cannot process the sheer amount of trash coming to them.  California’s local governments — and, therefore, ratepayers — are experiencing increased costs as a result. But if fully implemented, the Act’s 75 percent recycling rate will help reduce California’s need to ship so much waste out-of-state. It is also expected to double the existing 125,000 California jobs in recycling and manufacturing, and to reduce the costs of disposing of plastic waste.

SB 54 is currently under consideration in the Assembly Appropriations Committee, and AB 1080 is in the Senate Appropriations Committee.  They must be passed by the Legislature by September 13 and signed by the Governor by October 13 to take effect. If passed, the Act will provide a blueprint for a long term reduction in the quantity of single-use plastics affecting California ecosystems and taxpayer dollars and human health.