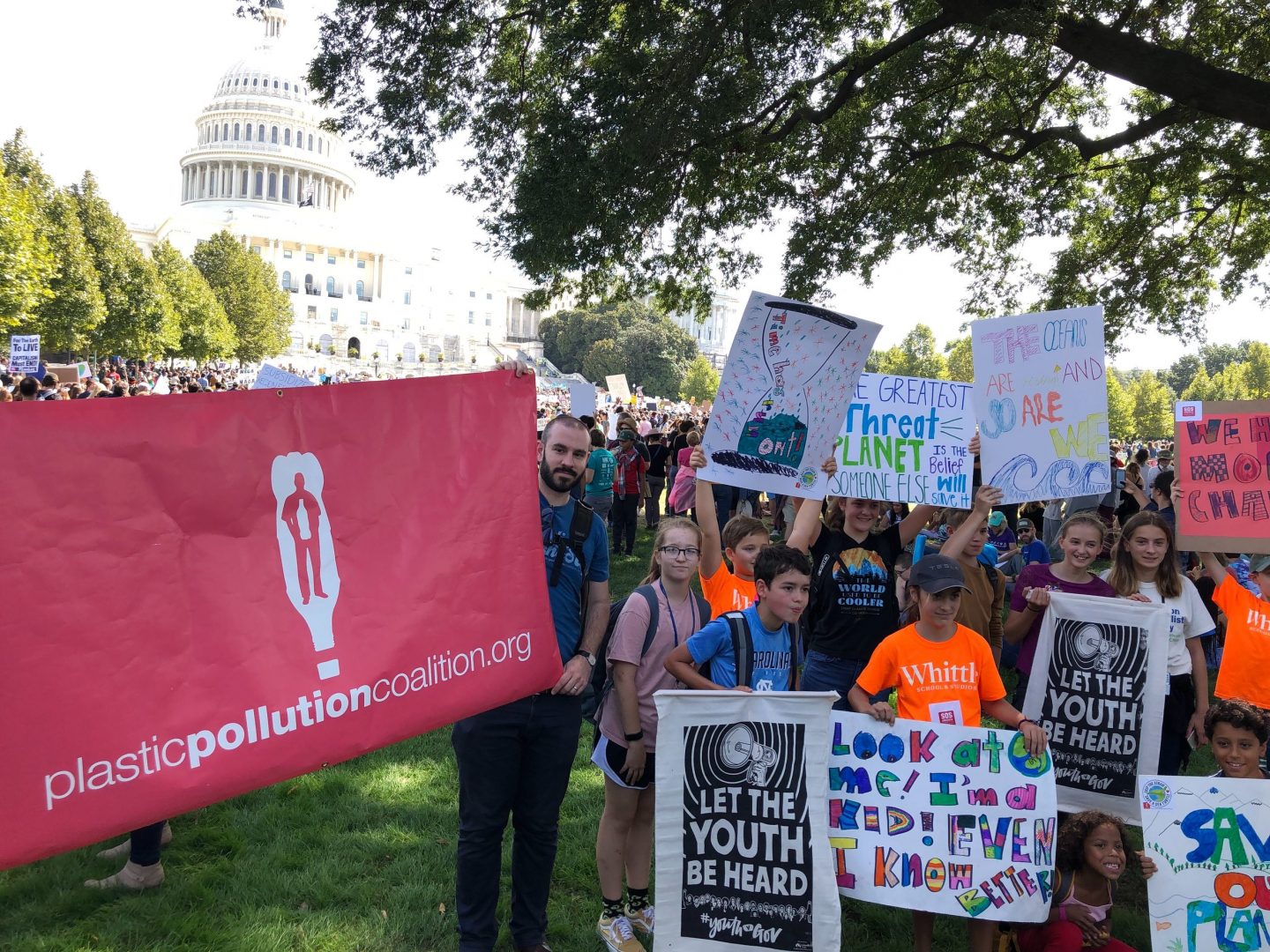 Youth Speak Up to Stop Climate Change and Plastic Pollution

Across the world, young people are demanding action on climate change and plastic pollution. Members of Plastic Pollution Coalition took part in the Global Climate Strike on Sept. 20 and made their voices heard.

Plastic Pollution Coalition Youth Ambassador Lilly Platt is from Britain, but lives in the Netherlands, and at 11 years old, she has been striking every Friday for climate change. She strikes with her mother on Fridays for an hour with permission from her school. Lilly is a PPC Youth Ambassador, an ambassador for HOW Global, a water charity, and she founded Lilly’s Plastic Pick Up when she was seven.

PPC Youth Ambassador Madhvi Chittoor, of Denver, CO, is 8 years old and is the founder of Madhvi 4 Eco Ethics. She has been raising awareness about the problem of plastic pollution for 2 years in her home state Colorado and beyond. Madhvi gave a speech at the Global Climate Strike in Denver on Sep 20 and led the group in a chant “Ban Single-Use Plastic.”

PPC staff and members joined the march in Washington, D.C. as part of the weeklong protests demanding action to protect the environment.

Plastic pollution and climate change are linked as plastic contributes to greenhouse gas emissions at every stage of its lifecycle, from production to refining and disposal. To learn more, read the Plastic & Climate report by CIEL.