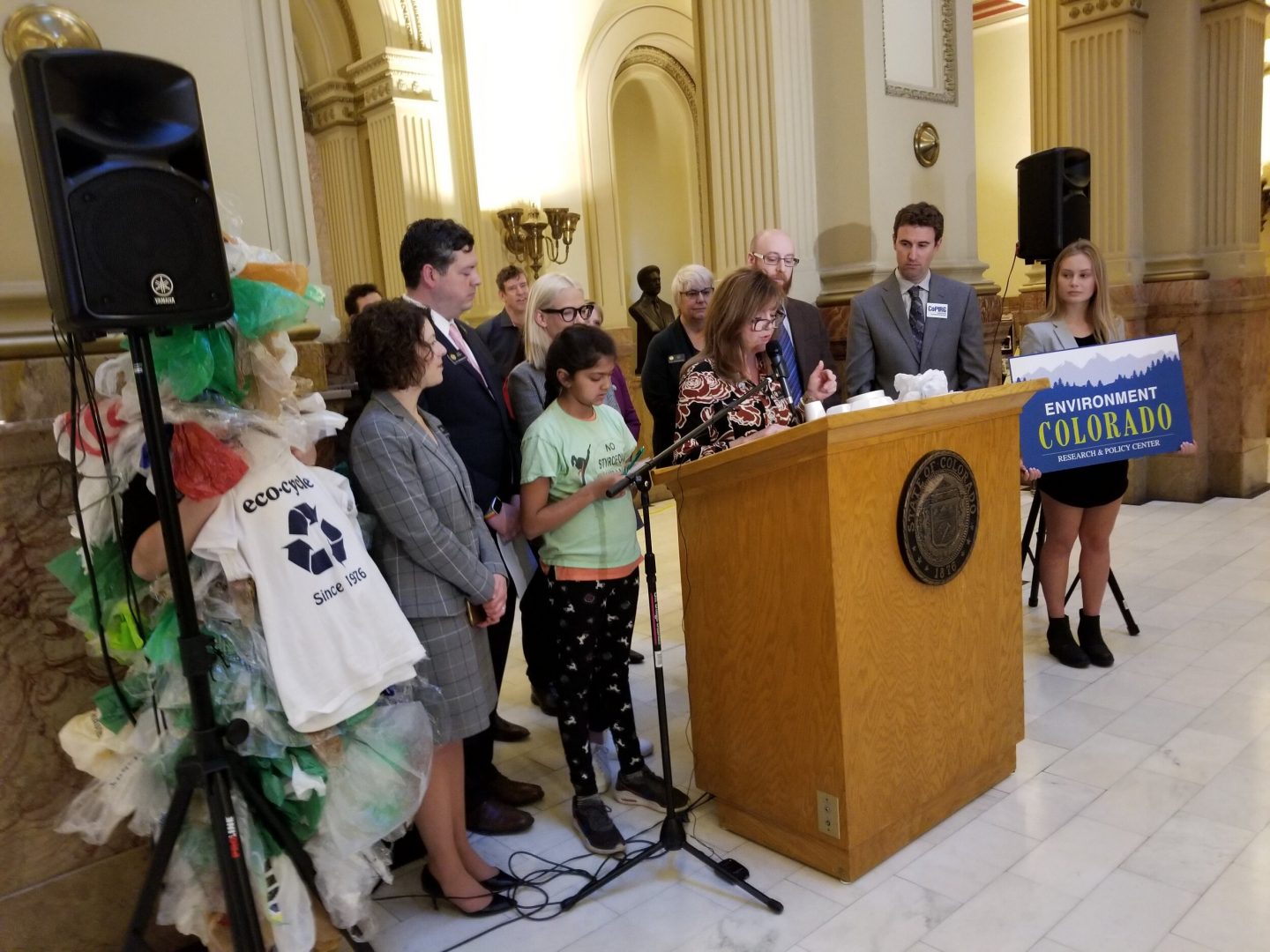 Madhvi Chittoor, an 8-year-old Plastic Pollution Coalition Youth Ambassador from Colorado, U.S. has been advocating and working to stop plastic pollution since the age of 6.

Madhvi, who has been called the #NoStyrofoamNinja worked with Former Governor of Colorado Mr. John Hickenlooper and current Governor Mr. Jared Polis to declare April as Plastic and Styrofoam Pollution Awareness Month in Colorado since 2018. Her signature campaign and advocacy in 2018 eliminated 7.6 million Styrofoam trays from going to the landfill annually as of August 2019.

She had been invited as a keynote speaker in many events, raising awareness about the plastic pollution crisis, including at the Global Climate Strike Rally on September 20, the largest rally ever in Denver, Colorado. Madhvi has created petitions that resulted in three bills in Colorado. On Monday, bills- HB20-1162 and HB20-1163 passed the Committee after Madhvi gave testimony, including pictures from her river cleanups in Colorado: South Platte River, Ralston Creek, and Cherry Creek Rivers.