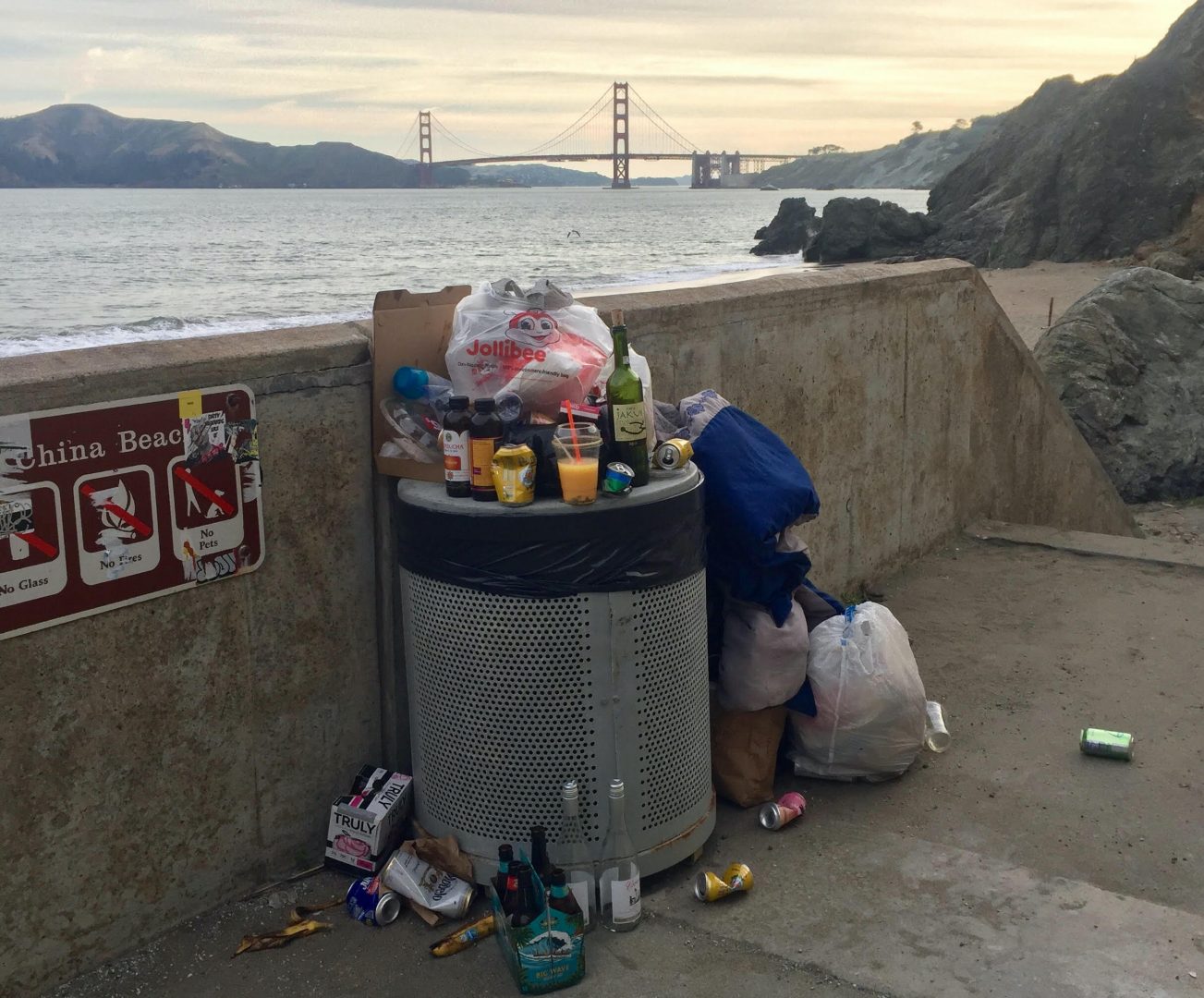 California, U.S. – On Tuesday, supporters of an initiative to reduce plastic waste submitted more than 870,000 voter signatures to qualify the Plastics Free California initiative for the ballot – significantly more than the 623,212 signatures required.

The initiative was originally on track to appear on this November’s ballot; however, signature gathering was slowed to respect and protect public health as a result of the pandemic. A court extended the original deadline, and a surge of volunteer support provided the remaining signatures needed to appear on the next general election to occur after this November – presumably in November 2022.

The news was applauded by a wide range of respected individuals and organizations supporting the initiative. “Nearly eight million tons of plastic enter the ocean each year, mostly from single-use plastic items like bags, bottle caps, water bottles, and StyrofoamTM cups,” said California Coastal Commissioner and official initiative proponent Linda Escalante. “Consumer use of these products is measured in days or minutes, while the environmental, public health, and social costs are measured in generations or centuries.”

“The simple fact is, there is just too much plastic — and too many different types of plastics — being produced, sold and littered into the environment; and there exist few, if any, viable end markets for the much of the material,” said official initiative proponent Mike Sangiacomo, President and CEO of Recology. “This effort intends to course correct the situation by incentivizing a shift to more sustainable materials and developing end markets for the post consumer plastic that remains.”

“We produce about one million tons of plastic every day, and we’re on track to double that by 2030 and have more plastic than fish in our oceans by 2050,” said California Coastal Commissioner and official initiative proponent Dr. Caryl Hart. “Now is the time for Californians to take action by passing Plastics Free California.”

It will achieve this by:

“This initiative gives Californians a historic opportunity to turn the tide on the seemingly intractable problem of plastic pollution,” said Nick Lapis, Director of Advocacy for the environmental organization Californians Against Waste. “With the passage of this ballot measure, California will set a model for how to transition to a circular economy and invest in a healthy environment.”

“The Plastic Free California Initiative is critical to addressing the growing problem of plastics pollution and its real impacts in our rivers and ocean,” said Jay Ziegler, The Nature Conservancy’s Director of Policy External Affairs, “and given the tremendous voter support to qualify this initiative, we can see voters are eager and ready to take action to support this measure in the voting booth in 2022.”

“Our life-giving ocean is being overwhelmed by millions of tons of single-use plastic waste that ends up in the ocean every year,” said Aimee David, Vice President of Ocean Conservation Policy Strategy at the Monterey Bay Aquarium. “Plastic pollution is now found everywhere, from Arctic sea ice to the deepest ocean trenches. It’s in the bodies of microscopic organisms and the bellies of the largest whales. We know how to change this, and California can lead the way. This initiative harnesses the power of consumers, business and government so – together – we can rethink how we use and dispose of single-use plastic and achieve a healthy future for our ocean.”

“This initiative gives us the resources to move away from toxic plastics and towards a clean environment for all Californians while also investing in compost production and farmers who store carbon in healthy soils,” said Jeanne Merrill, Policy Director, California Climate and Agriculture Network (CalCAN).

“The Surfrider Foundation is excited that the California Recycling and Plastic Pollution Reduction Act will be on the 2022 ballot,” said Miho Ligare, Plastic Pollution Policy Coordinator for Surfrider Foundation. “The need for urgent action to reduce plastic pollution is undeniably clear. The first and foremost focus of our organization’s Plastic Pollution Initiative is on source reduction of single-use plastics, followed by recycling of remaining plastics. Eliminating non-reusable, non-recyclable, and non-compostable products and foodware, and reducing packaging are by far the most effective and least expensive way to protect the health of people, wildlife, and the environment. This innovative initiative will move us in the right direction towards making concrete impacts in tackling this plastic crisis.”

“It is more important than ever that we address the plastic pollution crisis that affects ecosystems and communities from material extraction all the way through disposal,” said Genevieve Abedon, on behalf of the Clean Seas Lobbying Coalition. “The recent increase in disposables contributes to our climate crisis, costs taxpayers and local governments to clean up, and threatens human and wildlife health. With the initiative requiring producers to reduce the amount of plastic single-use packaging and foodware they make and sell first and foremost, and pay a fee for any recyclable or compostable items that they continue to produce, Californians have a chance to vote for a comprehensive solution to help create real change in the system.”

More information is available at PlasticsFreeCA.org.