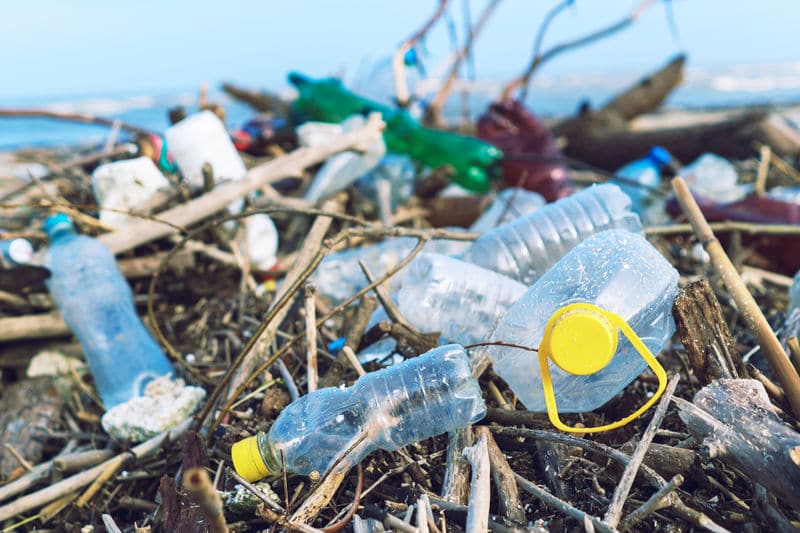 Via Break Free From Plastic

Voters in four states expressed widespread approval for passing legislation to reduce plastic pollution in our communities, on land and in our waters, and ensure that polluters pay for the impacts of their products.

WASHINGTON — A new Public Policy Polling survey of bipartisan voters in Colorado, Florida, Maine, and Washington State finds broad public support for passing legislation to reduce plastic, air and water pollution, improve recycling, and hold manufacturers responsible for the packaging and end-of-life for their product. A large majority (73%) of voters surveyed support passing a law to improve recycling, and 62% of voters are more likely to support the proposal after hearing that it would force manufacturers to take responsibility for their product packaging.

“These findings are completely consistent with the multitude of other public opinion polls that have all shown the same thing: the public is sick and tired of plastic pollution, and they want manufacturers to take responsibility for recycling the items that they make,” said ​Nick Lapis, Director of Advocacy at Californians Against Waste​. “It’s time for policymakers and brands to get serious about reversing the out-of-control growth of wasteful packaging and disposable items.”

Likewise, 67% of voters who want to improve recycling are more likely to support legislation if it would ensure that our recyclables are not being dumped overseas. “U.S. companies are smuggling waste plastic inside waste paper that we import, and, because we don’t have a good recycling system here, people often wind up burning the plastic,” said ​Prigi Arisandi, Executive Director of ECOTON​. “Developed countries should treat and recycle their own waste in their countries. We demand the governments of exporting countries clean up the piles of plastic scraps that are being dumped in our rivers and drinking water sources for more than five million people.”

When asked about a particular law that has been proposed to manage product packaging, a majority (52%) of voters say they are more likely to support the law knowing that it will reduce the disproportionate negative impacts of pollution on low-income communities and communities of color. This shows that economic and racial justice is at the forefront of many voters’ minds. Voters also support laws to reduce related environmental concerns, such as air pollution (70%) which occurs at nearly every stage of the plastic life cycle—from fossil fuel extraction to manufacturing, distribution, and disposal, often via incineration or landfill.

“For many of our environmental justice communities boarding the largest petrochemical corridor in the nation, the refining and production of plastics has significant impacts on our health and well-being. Air quality standards in the greater Houston area need to be regulated,” said ​Juan Parras, Executive Director of Texas Environmental Justice Advocacy Services (T.E.J.A.S.)​. “Hopefully, the new administration will focus on enforcement of clean air standards throughout the nation.”

Voters also express serious concern about a recent study which found that fifteen million metric tons of plastic pollution enters the ocean every year. 76% and 80% of voters, respectively, would like to see more legislation aimed at reducing plastic and water pollution. Additionally, 79% of those surveyed support passing laws to protect the ocean.

“The equivalent of two garbage trucks’ worth of plastic is entering the ocean every minute, and that’s only going to increase with the projected growth in plastic production. Voters are clearly aware of the plastic pollution crisis threatening our blue planet and recognize it’s time for government action,” said ​Christy Leavitt, Oceana’s Plastics Campaign Director​. “If we want plastic to stop ending up in every corner of our environment, we need policies to reduce the production and use of this persistent pollutant.”

A ban on expanded polystyrene (EPS) foam products was also found to be popular. A majority (57%) of people surveyed say they support a statewide ban on foam takeout containers, while just 26% say they oppose it. “This level of support helps give us winds under our sails as more and more states consider bans on foam products, such as single-use foodware, coolers and packing peanuts,” said ​Heather Trim, Executive Director of Zero Waste Washington​.

“Foam foodware is pervasive in the marine environment. When released into the environment, intentionally or accidentally, it is carried from streets and through storm drains out to the ocean where it breaks down into smaller pieces and gets harder and more expensive to clean up,” said Jennie Romer, Legal Associate for the Surfrider Foundation’s Plastic Pollution Initiative​. “As a result of its very low economic value to recyclers, in addition to food residue contamination, foam foodware is rarely recycled and instead is sent to landfills or incinerated.”

“This survey shows that bipartisan support exists for legislation to address many of our concerns about the impacts of our plastic waste,” said ​Alex Truelove, Zero Waste Director for U.S. PIRG.​ “That 89% of Democrats and 62% of Republicans surveyed say they support a law to reduce plastic pollution, while 90% of Democrats and 68% of Republicans support passing laws to protect the ocean is highly encouraging. Hopefully our decision-makers will agree.”

“Now more than ever, during the ongoing COVID-19 pandemic, we need to understand and acknowledge the seriousness of the plastic crisis,” said ​Frankie Orona, Executive Director of the Society of Native Nations​. “Plastic pollution is one of the greatest threats to preserving and ensuring a sustainable future. We are meant to coexist with Mother Earth and all living beings, and we are not and have not been doing our part. We need a healthy environment to live so that our children can not only survive, but thrive. The only way to do that is for us to come together as a people.”

The​ #breakfreefromplastic​ movement is a global movement envisioning a future free from plastic pollution. Since its launch in 2016, more than 11,000 organizations and individual supporters from across the world have joined the movement to demand massive reductions in single-use plastics and to push for lasting solutions to the plastic pollution crisis. BFFP member organizations and individuals share the common values of environmental protection and social justice, and work together through a holistic approach in order to bring about systemic change under the #breakfreefromplastic core pillars. This means tackling plastic pollution across the whole plastics value chain – from extraction to disposal – focusing on prevention rather than cure and providing effective solutions.