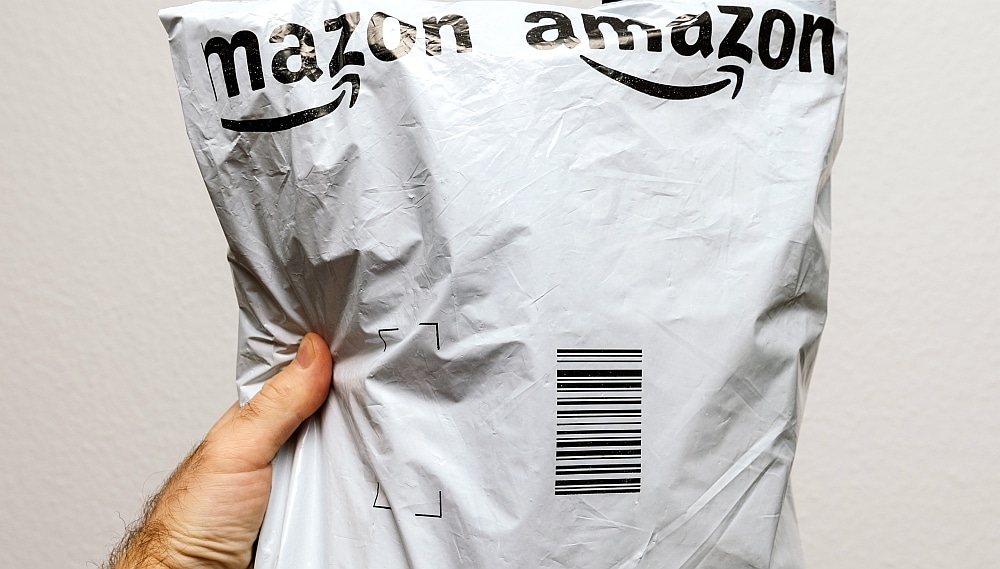 Global Coalition Calls on Amazon to Shift to Plastic-Free, Reusable Packaging As It Has In India

Home » Business » Global Coalition Calls on Amazon to Shift to Plastic-Free, Reusable Packaging As It Has In India

A coalition of 120+ environmental organizations and community groups from around the world is calling on Amazon.com to address the staggering amount of single-use plastic pollution it generates by shifting to plastic-free and reusable packaging.

The groups sent a letter urging Amazon’s outgoing and incoming CEOs, Jeff Bezos and Andy Jassy to take immediate steps to prevent the more than 465 million pounds of plastic packaging waste the company produces on an annual basis. A December 2020 report by Oceana found that Amazon was responsible for adding more than 22 million pounds of this plastic pollution to the world’s oceans and waterways in 2019, alone. As serious as the statistics detailed in Oceana’s report are, the situation today is undoubtedly worse as Amazon’s net sales increased by 38% in 2020 due to a massive spike in sales driven by the COVID-19 pandemic.

“The company refuses to disclose its plastic footprint and has yet to make real commitments to reduce its plastic use,” said Oceana’s Senior Vice President, Matt Littlejohn who noted that “based on what we currently know, the dramatic rise in sales in 2020 likely means that there was also a frightening jump in plastic packaging waste, which because so little is recycled, flooded our communities, landfills and – ultimately – our oceans and waterways.”

Oceana’s report notes that Amazon’s 2019 impact was the equivalent of dumping a delivery van’s worth of plastic into the oceans every 70 minutes. With at least 15 million metric tons of plastic waste entering our oceans each year, it’s no surprise that an estimated 90% of all seabirds and more than half of all sea turtles have ingested plastic. The plastic films used in Amazon packaging are often mistaken for food by sea turtles, which can prove fatal.

Although Amazon.com is currently a major plastic polluter, the letter signers note that Amazon is uniquely positioned to lead the e-commerce industry away from the disaster of single-use plastic and towards plastic-free, carbon neutral, zero-waste delivery systems.

Amazon has already demonstrated the ability to rapidly reduce plastic packaging on a large scale. After the Indian government passed a law to address plastic pollution, Amazon India eliminated plastic packaging from its fulfillment centers and introduced a paper-based lightweight mailer that it reports has been used 100 million times. However, despite requests from its customers, Amazon has thus far failed to apply these clear steps forward on a company-wide level to solve its plastic pollution problem.

“Amazon could eliminate plastic packaging with a single, top-down decision, if its CEO were motivated to do so,” said Eve Fox, Digital Director of Beyond Plastics, adding “changing the marketplace conditions to favor reuse, bolster recycling, and shift the responsibility for dealing with waste from consumers to producers are among the reasons we support the Break Free From Plastic Pollution Act that was recently reintroduced in Congress by Senator Jeff Merkley and Representative Alan Lowenthal.”

“Plastic is not only a problem for our oceans, it is also a major driver of the climate crisis,” said Dianna Cohen, CEO and Co-Founder of Plastic Pollution Coalition. “Plastic is made from a combination of chemicals and ethane – a byproduct of hydrofracked natural gas and releases greenhouse gases at every stage of its life cycle. In fact, if plastic were a country, it would be the world’s fifth largest greenhouse gas emitter.”

Beyond Plastics is a nationwide project based at Bennington College in Vermont, that pairs the wisdom and experience of environmental policy experts with the energy and creativity of activists to achieve the institutional, economic, and societal changes needed to save our planet, and ourselves, from the plastic pollution crisis. Learn more: BeyondPlastics.org

Plastic Pollution Coalition is a growing global alliance of more than 1,200 organizations, businesses, and thought leaders in 75 countries working toward a world free of plastic pollution and its toxic impact on humans, animals, waterways, the ocean, and the environment. Learn more at PlasticPollutionCoalition.org