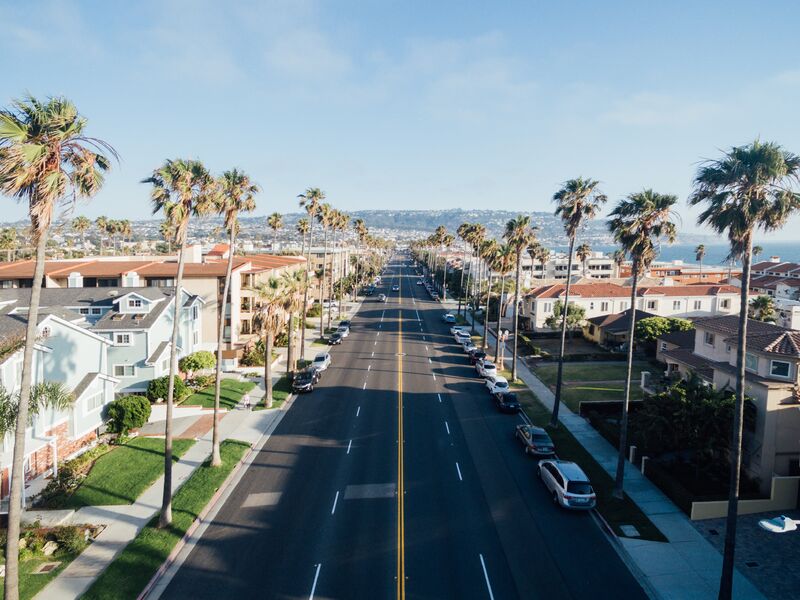 SB 54 has been touted by lawmakers, some nonprofit organizations, and the media as the nation’s “toughest” set of rules aimed at regulating plastic packaging and single-use plastic foodware to date. That description misses the mark.

Known as the Plastic Pollution Prevention and Packaging Producer Responsibility Act, SB 54 has been touted by lawmakers, some nonprofit organizations, and the media as the nation’s “toughest” set of rules aimed at regulating plastic packaging and single-use plastic foodware to date. However, that description misses the mark.

Each of these points is discussed in more detail below. Although SB 54 has been portrayed as having wide and bipartisan support, its lack of teeth and the speed at which it seemed to suddenly take shape suggests it’s been rather one-sidedly designed by the very industries it is supposed to regulate.

The Problems with SB 54

SB 54 could have been a comprehensive, useful piece of legislation—and it still could be, with heavy amendments that address the following key concerns:

SB 54 contains loopholes for continued plastic use and production.

Under SB 54, plastic makers in California are required to reduce the use of plastics in their single-use products, including packaging and foodware, by just 10 percent in 5 years, and 25 percent in 10 years. The legislation encourages companies to make plastic reductions through redesigning packaging and reducing packaging size, utilizing non-plastic packaging materials, or making their products reusable or refillable. However, we’ve already seen in California and other states how loosely defined regulatory terms such as “reusable” and “refillable” have been stretched by industries to apply to toxic, non-recyclable plastics—which they continue to produce in prolific, harmful quantities.

SB 54 is built on the foundation of plastic recycling, which has proven unsuccessful.

Another core component of the new legislation is to boost plastic recycling from its current rate of just 5 percent to 65 percent by 2032. Such an increase is effectively impossible given the fact that industries do not design plastic to be recycled—and in fact industries have used the false promise of recycling to perpetuate plastics production. Historically more than 90 percent of plastics have been dumped in landfills or the environment, or incinerated.

SB 54 does not explicitly prohibit plastic burning to be counted as recycling.

What’s more, while SB 54 defines recycling as not encompassing incineration of plastic waste, it does not explicitly prohibit other types of plastic burning that are just as hazardous. Such ambiguity effectively greenlights industries’ continued use and likely ramping up of problematic polluting, climate-warming plastic burning—which they will undoubtedly write off as “recycling” as they’ve long been doing.

SB 54 does not ban polystyrene, even though it cannot be recycled.

The legislation does not explicitly ban sale and production of expanded polystyrene (EPS, aka Styrofoam). Instead, it requires that polystyrene become recyclable, which is highly unlikely. Advocates anticipate a series of challenges from polystyrene manufacturers that will drag on for years.

We celebrate the great promise of SB 54 for California and beyond—and we know that more work needs to be done. Surfrider will continue pushing for a statewide comprehensive ban on EPS, ensuring that advanced plastic burning (also known as chemical recycling) is not allowed in the state and supporting our allies striving for environmental justice.

SB 54 does not require that toxic chemicals such as PFAS be eliminated from packaging.

Plastic’s petrochemical ingredients are mixed with any combination of more than 10,000 chemicals, thousands of which have been identified in the European Union as toxic, persistent, and/or bioaccumulating (hazardously accumulating in our bodies). One particularly risky class of chemicals commonly found in plastic are called PFAS (also called “forever” or “everywhere” chemicals)—which are extremely prevalent in plastics and other consumer products.

The health consequences of PFAS exposure are serious and far ranging, and include elevated blood pressure, infertility, thyroid problems, and several types of cancer. Despite their dangers, PFAS chemicals remain largely unregulated (some states in the U.S., such as Maine and Colorado, have made efforts to regulate products containing PFAS, as have some European countries). However, it’s critically important that PFAS and other toxic chemicals be eliminated from industrial activities and consumer products in the U.S. and globally.

SB 54 is set to establish a new private Producer Responsibility Organization run by the same companies that have created the problem. The plastic producers are required to create a fund that collects $5 billion over 10 years to clean up plastic pollution, particularly in underserved frontline communities. BIPOC, rural, and low-income people are disproportionately harmed by the myriad forms of plastic, chemical, and other hazards linked to plastics production, transportation, use, and disposal. Yet the fund is focused on treating the symptoms of continued plastic production instead of addressing the problem at the source by seriously restricting industries’ plastic production.

“It’s giving them the keys to the car. “Would you let the tobacco industry oversee anti-smoking initiatives?” Judith Enck recently told the LA Times, referring to SB 54.

While the public is taking an increasingly favorable position on plastic regulations, the plastic and petrochemical industries have publicly spoken out against strict regulations that put power in the people’s hands. In California, the American Chemistry Council has threatened launching a “strong opposition campaign” against the “California Plastic Waste Reduction Regulations Initiative” ballot measure—which it has pressured petitioners to withdraw, as it actively worked to water down the efficacy of SB 54. The ballot measure would have banned EPS foam, among other measures to eliminate plastic pollution through required industry action and responsibility.

In 2021, nearly 900,000 people in California voted to put the California Recycling and Plastic Pollution Reduction Act on the ballot in November 2022. The ballot measure, which would have held corporations financially responsible for the plastic they produce among other proven ways to reduce plastic pollution, is a more effective and comprehensive plan to curtail the production of single-use plastic packaging and foodware in California. As part of negotiations among lawmakers, environmentalists, and the plastics and petrochemical industries, when SB 54 passed, the California Recycling and Plastic Pollution Act was kicked off the ballot.

While lawmakers and media outlets champion SB 54 in California, the plastics and petrochemical industries only plan to ramp up plastic production into the future. Currently, the plastics and petrochemical industries produce about 400 million metric tons of plastic per year; that number is expected to increase to 1.2 billion metric tons by 2060. Clearly their ambitions are at odds with this new regulation and the best interests of the public and underserved communities in particular.

SB 54 Must Be Strengthened to Be Effective

Plastic Pollution Coalition supports legislative and regulatory solutions that address the plastic pollution crisis at the source, reduce plastic production and use, center environmental justice, hold corporations accountable through extended producer responsibility (EPR), and policy that supports a regenerative circular economy free of plastic pollution and its toxic impacts. While it’s excellent to see lawmakers pushing forth legislation to address plastic pollution, it is critical to support the passage of stronger, more effective legislation. SB 54 in its current form is not strong enough.

Just as we have mandatory fuel efficiency standards for cars, we need strong environmental standards for packaging. While I appreciate the intentions that went into passing the California Extended Producer Responsibility bill into law, the new law misses the mark on many key points. EPR laws should require that packaging be eliminated, refillable or reusable at a 50% rate over 10 years. The foundation of any packaging law should require the actual reduction of all packaging.

In New York State, the recently introduced Assembly Bill 10185 provides an example of an effective EPR bill which takes the aforementioned considerations into mind and addresses them in a common-sense manner, requiring the State to enact and enforce companies’ plastics reduction efforts.

Ideally, amendments to SB 54 would implement strategies that more significantly and rapidly reduce plastic and other types of packaging, clarify murky points in the present legislation that can be exploited by industries, and include strict enforcement of producer responsibility for plastic pollution, among other key measures.

In the meantime, the passage of yet another industry-friendly piece of legislation leaves people and our planet vulnerable to continued harm from the plastics and petrochemical industries—and wastes taxpayer time, money, and effort that could be spent on real solutions.

A community has now successfully—and permanently—fended off a nearly...

Fishtown Films flips the script on plastics by creating...