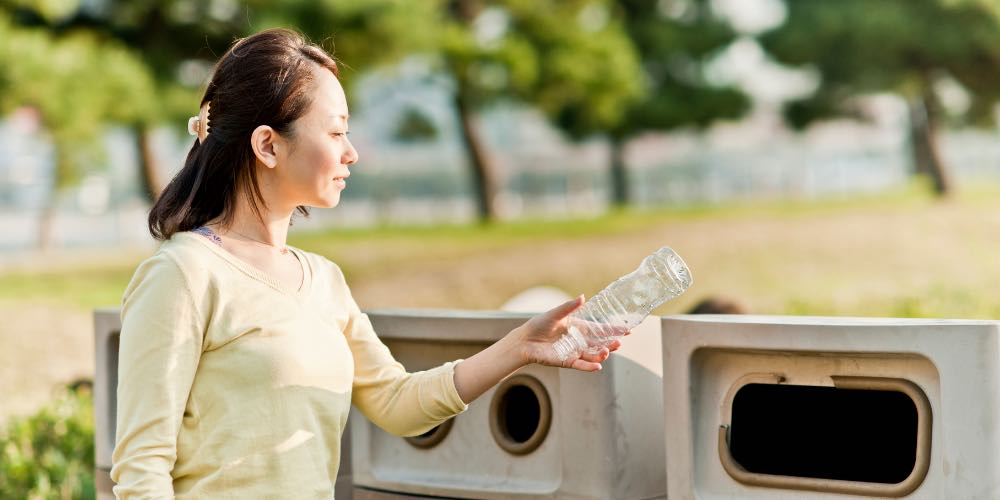 What Really Happens To Your Plastic “Recycling”

Home » News » What Really Happens To Your Plastic “Recycling”

People often ask what really happens to their plastic recycling. Unfortunately, it doesn’t matter where you set out your plastic for recycling collection, whether at the end of your driveway, at your local recycling center, or in a municipal recycling bin: Most plastic items collected as recycling are not actually recycled. Surprisingly, plastic is not designed to be recycled.

When you put used plastic (packaging, bottles, wraps, films, etc.) in a recycling bin (or trash bin), it is transferred into the hands of the global waste industry. This industry is made up of a wide network of businesses, governments, and individuals vying for a share of the nearly $500 billion that is generated annually in the global waste market. This trash trade has grown significantly over time, apace with plastics production and per capita waste generation, though recycling of plastic and other types of waste makes up a very small share of the market.

From a recycling bin, plastics are sent by rail or truck to waste-sorting facilities, also called materials recovery facilities (MRFs). Here, plastics are commonly sorted by like types (think films and bags, bottles, foams) and baled (squashed together into easily transportable space-saving cubes). Then it’s loaded back up on a train or truck, or a cargo ship, for the next leg of its journey.

The transportation of plastic—no matter how it is carried—contributes to plastic pollution, as plastics easily blow, roll, bounce, or are picked by animals like seagulls while they are on the move. This escaped plastic waste enters the environment and begins to break apart into plastic particles that enter our bodies when we eat, drink, and breathe. We’re exposed to even more pollution from the machines, vehicles, and fuels needed to power this constant transportation of plastic waste, which spew out hazardous particulate air pollution and climate-warming greenhouse gases.

2. Plastic “Recycling” Gets Shipped Away—But There is No “Away”

An enormous amount of plastics, labeled as “recycling,” have been historically shipped from the Global North to the Global South. Shipped plastic waste is rarely ever recycled upon reaching its destination. Instead, this waste colonialism more commonly involves waste haulers illegally dumping and open-burning plastics, shouldering the people who live near these dumping sites with major health risks and a degraded environment. People who earn incomes by picking wastes make the least from cheap plastics, and because of constant exposure to plastics in their line of work face elevated risks of cancers, infectious diseases (which cling to plastics), respiratory problems, and other serious health issues.

3. Plastic “Recycling” Ends Up in Landfills

A growing amount of plastics are sent to incinerators, sometimes called “waste-to-energy” plants. These facilities burn plastics in huge ovens, to release toxic chemicals and greenhouse gases, while producing only meager amounts of electricity. Incineration also produces a constant stream of toxic ash that is hazardously stored in manmade ponds or is landfilled. Incinerator ash and emissions release toxic particulate matter and chemicals that increase people’s risk of cancers, respiratory illnesses, immune system problems, and other serious diseases. In the U.S., about 4.4 million people live within 3 miles of an incinerator, and 80 percent of those incinerators are located in BIPOC, low-income, and rural communities.

Even when some form of plastics recycling actually does happen, the term “recycling” is a misnomer. You may have noticed that many plastic items are imprinted with small numbers surrounded by three interlocking arrows. While many people associate those arrows and numbers with recycling, in reality they confer nothing about a plastic item’s actual potential to be recycled. Instead, the numbers are considered codes indicating what type of plastic an item is made from. These numbers in the chasing arrows give the public a false sense that all plastics are recyclable or may be recycled.

When collected, plastics marked with numbers 1 and 2 are more likely to be recycled—or rather, downcycled—which means making lower-quality plastic products from the “recycled” plastic. For example, number 1 plastic, polyethylene terephthalate, or PET, is a clear plastic used for many beverage bottles, and might get downcycled into things like fleece jackets and carpeting. Number 2 plastic is high-density polyethylene, or HDPE, which is an opaque plastic used to make more rigid plastic containers like milk jugs. HDPE is downcycled into things like plastic lumber and picnic tables. Sometimes plastic number 5, polypropylene, or PP, which is used for many medium-weight opaque plastic containers like yogurt pots and shampoo bottles is downcycled into things like plastic crates and playground equipment—but like most plastics, it is more often landfilled.

Even when plastic is recycled/downcycled, which is not the case for most plastic waste, manufacturers mix in a large portion of freshly made plastic or toxic additives to melted down plastic waste to restore some of its desirable properties. Plastics are not made to be recycled, and their quality diminishes with each attempt. Recycling is also expensive, and requires huge amounts of infrastructure, equipment, water, and energy. Meanwhile, the value of truly recycled plastics—that is, plastic turned back into plastic, which has always been low—has plummeted even further as (thankfully) new regulations are tightening up on waste colonialism and injustice.

The plastic industry and the petrochemical industry which provides plastics’ fossil fuel ingredients continue to attempt to control the narrative around plastics and recycling. In addition to pushing plastics recycling as they always have, these industries are now also marketing so-called advanced, or chemical, recycling (a fancy name for burning plastics). It involves melting down plastics into more basic petrochemical products—including fuels that are burned for energy and release climate-warming greenhouse gases. This is not recycling.

The plastic and petrochemical industries have also leaned heavily on the ideas that enzymes may be able to break down plastics (which is incorrect, as they only accelerate the break up of plastics into hazardous particles), and that there’s huge value in all the plastic waste piled up in landfills, communities, and the environment (there isn’t).

Throughout history, these industries have spent fortunes launching nonprofits with names that sound environmentally conscious and a heavy stream of media, instructional materials, and ad campaigns extolling the virtues of their recycling strategies, then and now. When one considers the facts, plastics “recycling” stops looking like recycling at all.

In a world where many of us have been told by parents and teachers to recycle plastic as children, or learned from public service announcements, ads, and other kinds of media as young adults, this may come as a surprise or even a shock. How can an activity we’ve been told is right, actually be wrong?

Many activities, organizations, and products bear a green sheen without any substance behind it, or oversell their positive environmental impacts—this is “greenwashing.” It’s a prime business strategy for corporations making and selling plastic. Greenwashing can look like a vague label with words like “green,” “eco-friendly,” “bio-based,” “ocean-bound plastic,” or “certified plastic neutral” slapped onto plastic items or packaging, or can be representative of an entire process—like plastic recycling itself. The plastic and petrochemical industries are also co-opting language used to describe real solutions—like “zero-waste” and “circular”—inaccurately, for their benefit, mainly to perpetuate the myth that is plastics recycling.

Behind the scenes as they extol the virtues of recycling and advanced chemical recycling, plastic and petrochemical industry trade groups pour money and energy into lobbying for legislation designed to erode protections on human and environmental health. Their end goal is to facilitate increased production of plastics, and they are achieving this by perpetuating misinformation and driving widespread pollution and injustice for their financial gain.

The Real Solution to is to Turn Off the Plastic Tap

Only 9 percent of the plastics made since they were first mass-produced in the mid-1900s have been recycled. The recycling rate in the US, the world’s biggest plastic-waste producer, is presently a mere five to six percent. But even if plastic recycling rates were higher, recycling alone could never come close to solving the serious and wide-ranging health, justice, socio-economic, and environmental crises caused by industries’ continued plastic production and plastic pollution, which go hand in hand. Production of plastic has only grown over time, and has presently hit a rate of more than 400 million metric tons per year, more than double the rate at which plastics were made just 20 years ago. This is clearly a much more rapid pace than at which plastic recycling actually occurs.

It’s clear recycling is not enough to solve the plastic pollution crisis. The fossil fuel industry, governments, and corporations really need to turn off the plastic tap.