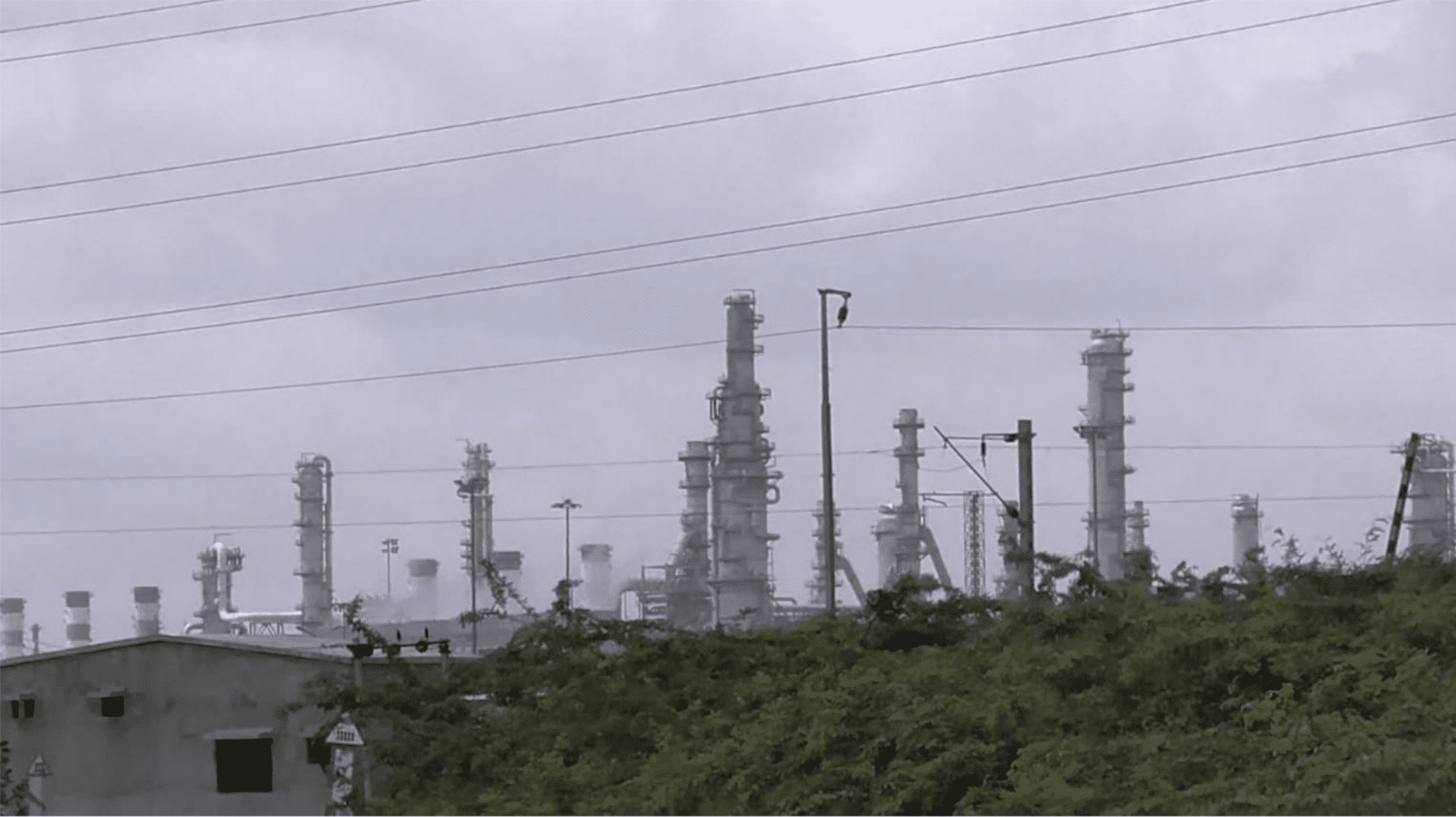 Beauty is a life force that can jolt a person outside of one perceived reality and into another. It can provoke epiphanies, shift priorities and elicit action. So can truth, even when it’s not pretty.

The Toxic Tours project, produced by the #breakfreefromplastic movement, is hinging its power on truth by placing front and center the impacts of plastic production and oil refineries on communities all over the world. It is the first globally connected project of its kind, linking together local site fights in different parts of the world that are all symptoms of the systemic injustices caused by the petrochemical industry. The interactive map and stories that make up the Toxic Tours take a critical stance on what is worth paying attention to.

In all different parts of the world, members of local communities film and narrate the ways in which the petrochemical industry harms their land and livelihoods. Through these stories by frontline communities living near petrochemical sites, the absurdity behind the value chain of plastic production is hard hitting.This absurdity is epitomized in video footage dispatched from Jamnagar, India, home to the world’s largest oil refining hub, and one of the many places we can drop into on the Tours.

The video footage is ostensibly of Jamnagar’s “marine national park.” But this national park serves as, and looks like, a chemical dump for Nayara Energy.

Every year the government devotes funds towards the restoration of mangroves in the area, but the mangroves can’t survive in such toxic environments. The money goes to waste, and a vicious cycle is perpetuated.

In Turkana County, Kenya, community members speak out against Tullow and Africa Oil during a meeting on oil activity in the region. These companies profit from selling crude oil, but give nothing back to the owners of the land from which their sales are generated. Access to the land was granted in the hopes that it would provide employment and end poverty in their region. But without title deeds, landowners receive no compensation.

Promises of employment have not come to fruition, and the Turkana are kept in the dark about how the oil projects harm their land.

Each location on the Toxic Tours tells a shockingly similar story of destruction and impunity by the petrochemical industry. Built on an interface reminiscent of Google Earth, the Toxic Tours website reminds us of a time when zooming in on a location was an exercise in curiosity rather than one of convenience and consumption.

Reframing what a map can be about, the Toxic Tours is a demonstration of equitable story-telling that asks us to follow the narrative thread on the petrochemical industry’s global abuse of power, to witness the struggles of local frontline communities, and to take action against an industry that affects us all.

The Toxic Tours local stories were produce by environmental justice and frontline groups from impacted communities, and the platform was produced by the #breakfreefromplastic movement with the financial support of the Plastic Solutions Fund. The Center for International Environmental Law also generously funded the Toxic Tours in Texas.

For inquiries about the project, email us at toxictours@breakfreefromplastic.org

#breakfreefromplastic (BFFP) is a global movement envisioning a future free from plastic pollution. Since its launch in 2016, more than 2,000 organizations and 11,000 individual supporters from across the world have joined the movement to demand massive reductions in single-use plastics and push for lasting solutions to the plastic pollution crisis. BFFP member organizations and individuals share the shared values of environmental protection and social justice and work together through a holistic approach to bring about systemic change. This means tackling plastic pollution across the whole plastics value chain — from extraction to disposal — focusing on prevention rather than cure and providing effective solutions.