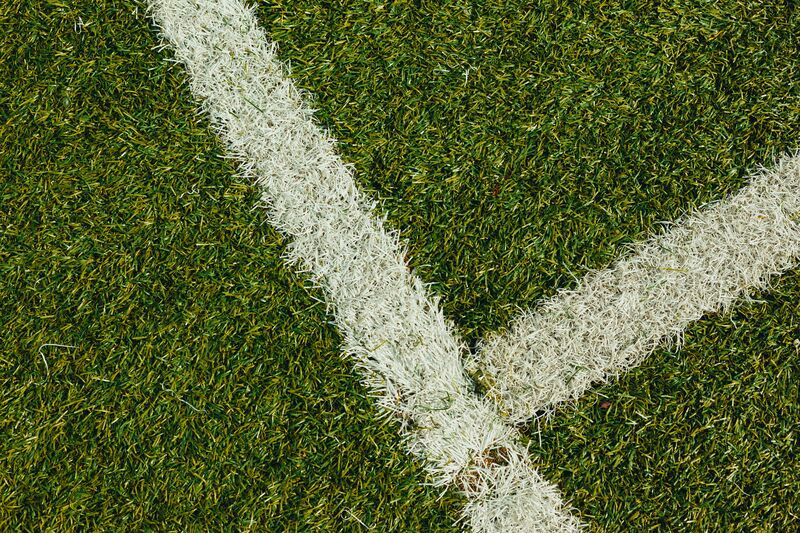 As people living in the Western US endure a historic 22-year “Megadrought” — with 2022 proving to be the driest year on record, many individuals and communities are replacing grasses and plants with synthetic “plastic grass.” With state, county, and local governments in places like California and Nevada implementing strict water conservation policies, prohibiting most people from watering their lawns, fake grass may seem like a good idea. But, when we take a look at the science and substance of synthetic turf, a toxic truth unfolds.

But as synthetic turf becomes more ubiquitous, scientific data and stories shared by the public show us it is not the environmentally friendly alternative to traditional grass it’s being sold as. In fact, synthetic turf is a serious hazard to our environment and in turn, our health—especially the health of children who are most commonly playing on these “fake fields.”

Let’s take a look at the full toxic toll of synthetic turf—and what nontoxic solutions we should be using instead.

What is Synthetic Turf?

Many kinds of synthetic turf fields have been built indoors and outdoors since first being introduced in the 1960s, popularized and normalized in part by their widespread use by many major-league sports associations like the NFL (National Football League).

Most commonly, synthetic turf is built by layering various kinds of plastics with polyurethane adhesives on top of a bed of gravel (which provides drainage). These plastic layers may include a combination of:

Thus, a more accurate description of synthetic turf would be “plastic grass.” These materials are advertised by producers as more environmentally friendly because they don’t require water like organic plants do in order to keep their healthy green sheen. If this sounds too good to be true, that’s because it is.

“Synthetic turf costs more to install, almost as much to maintain, and has to be replaced once it wears out,” according to Safe Healthy Playing Fields, Inc., an advocacy organization that sheds light on the health and financial costs of synthetic turf compared to natural grass.

The costs of installing synthetic turf can be as high as a million dollars for municipal and institutional applications such as playing fields and parks. Homeowners may pay many thousands of dollars to cover their yards in plastic grass, much more than the cost of planting and maintaining natural grass. And synthetic turf fields’ constant degradation necessitates its costly replacement every decade or so with entirely new synthetic turf.

During the California drought of 2011-2019, many synthetic turf companies descended into towns, school boards, and city council meetings with slick presentations making promises of lower water and maintenance costs and coming up with bids that magically matched their budgets. As an ecological landscaper at the time, who defended natural drought-tolerant well designed and maintained fields, I personally witnessed a few of these presentations for a nearby middle school in my hometown of Santa Cruz, CA. I equated these representatives with their proposals and promises to snake-oil salesmen that often preyed upon people’s misfortune. Most often these companies were from out-of-state, and preyed upon our local governments and school districts in their time of need and were able to successfully secure rebates to incentivize homeowners, schools and public fields to switch from natural turf to plastic grass.”

Like all plastic materials, synthetic turf doesn’t last forever—instead, it breaks up and sheds massive amounts of tiny plastic particles into the environment and our bodies. A 2018 report by the European Commission showed that athletic fields composed of synthetic turf shed an annual average of 18,000-70,000 tons of microplastics each year into surrounding air, soils, and waters. This includes huge quantities of crumb rubber, which leaches toxic lead, PFAS, phthalates, and other dangerous chemicals. People and other animals who walk and play on synthetic turf absorb plastic particles and their toxins through the skin, inhalation, and ingestion.

A 2019 study by the EPA acknowledged the presence of toxic chemicals in synthetic turf. Chemicals like PFAS, which are used to harden the blades of grass, have been found by the Public Employees for Environmental Responsibility (PEER) and The Ecology Center. PFAS are chemicals that do not break down in the environment or the human body and have been associated with diseases like cancer and birth defects and pregnancy complications. Detectable levels of lead, a neurotoxin especially toxic to children, have been found in synthetic turf, due to lead-based pigments being used to give plastic grass the illusion of its healthy green luster. Synthetic turf is also a contributor to climate change, as the production of a 2-acre artificial turf field generates 55.6 tons of CO2.

Ironically, synthetic turf still requires regular watering, especially on hot days where it can heat up to 40-70 times hotter than the surrounding air—getting even hotter than asphalt. This is because unlike real organic, cooling, and oxygenating grass, synthetic turf is heat absorbent. The temperatures of plastic grass can get so hot it has been known to cause contact injuries called “turf burn.” Heated synthetic turf has also been found to release toxic gases, including carcinogenic benzene and formaldehyde.

Synthetic turf manufacturers market their products as being designed to provide drainage. However, materials experts report major drainage issues linked to plastic grass. These issues worsen droughts by preventing groundwater—which many people depend on for drinking—from naturally recharging. When rain falls onto synthetic turf, research shows it absorbs chemicals and runs off—typically entering stormwater systems that drain to large water bodies like lakes and oceans. The city of Millbrae, California, last year extended a 45-day moratorium on installing synthetic turf to one year after the City Council raised concerns about plastic grass’s lack of permeability, toxicity, and other related water loss and contamination issues.

Natural Options Are the Clear Winner

Individuals and governmental bodies needn’t turn to polluting plastic grass in the face of historic droughts, in California or anywhere else. Many species of natural grasses such as bluegrass, ryegrass, and fescues make for strong turf requiring little need for watering and no need for replacement. There is also a growing trend to replace the traditional “green” lawn with edible gardens, as well as native-plant gardens that attract butterflies and other pollinators, supporting healthy ecosystems that are necessary for us to grow food plants. These natural landscapes can also help restore wildlife corridors and migration paths that have been disrupted by the “concrete jungles” of highways, cities, and subdivisions.

Proper care of natural grasses, avoidance of toxic fertilizers, and reduction of water waste—such as preventing irrigation runoff and repairing leaky irrigation pipes—will also help us get through droughts while minimizing our impact on the planet and our health.

Like many sustainable and healthy options which are supplanted needlessly by toxic plastic alternatives, oxygenating, natural grass is being replaced across the U.S. by synthetic turf fields, creating more pollution, and a host of unnecessary injuries and other impacts.

When one peels back the layers of synthetic turf, its costly, toxic truths become easier to see. Don’t be fooled by the synthetic turf industry’s greenwashing: It’s best for nature and our health to replace lawns with natural and native drought-tolerant wildflowers and other plants. But when we do choose to create lawns or playing fields, the best option remains drought-tolerant, organic, natural grass.