As a lifelong beach volleyball fan, and new transplant from Santa Barbara, CA to Brooklyn, NYC, I was thrilled to hear that the AVP was playing near my new home right on the Hudson River in early June.

As a long-time steward of the planet, I was beyond appalled when I arrived and watched all 222 players hydrate with single-use plastic water bottles, throughout ALL of the games scheduled morning through night, Thursday, Friday, Saturday, and Sunday in 80+ degree heat! I struggled to pay attention to the matches as I watched each player burn through 2-6 bottles per game (2 players per team, 2-3 games per set, 4 full days of play on multiple courts…. staggering numbers!)

I had to speak up. I talked to at least ten staff members about the extreme wastefulness that was occurring on the beach and during the UN’s Ocean Week, and they each basically replied “yeah we know… it’s something we’ve been working on.”

I followed up those in-person conversations with an email and received the following reply:

“Thanks for reaching out with your concerns. The environment is definitely a concern of ours, and while we do recycle the plastic bottles, we understand that it can be a waste to have these single-use bottles. Unfortunately due to some sponsor contracts, we must use certain branded plastic water bottles amongst all athletes and staff. We know that in this sense, the environment is somewhat put on hold, and while we try to represent professional beach volleyball and the beach in every way, we understand that this may not be possible at all times. Thank you for your feedback.”

I’m not sure how many staff/volunteers they had, but this reply only angered me further. These are professional athletes who have used the beach, day in and day out, since 1983 for their livelihood and stand to make hundreds of thousands of dollars every year at the ocean’s expense.

I was further angered to not receive a response in reply to another email where I volunteered to help them secure more environmentally-friendly water sponsorships (something I have experience in) for tours going forward. 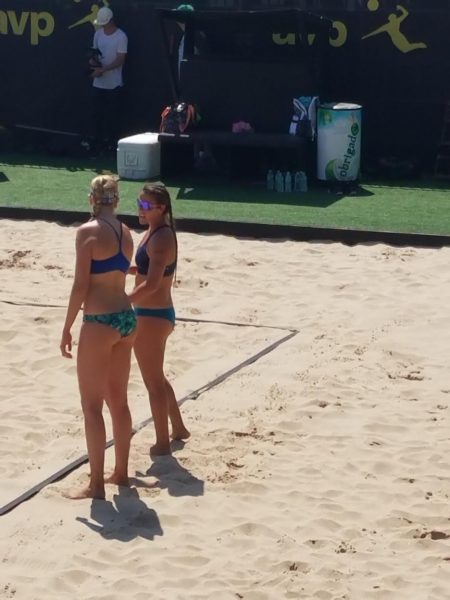 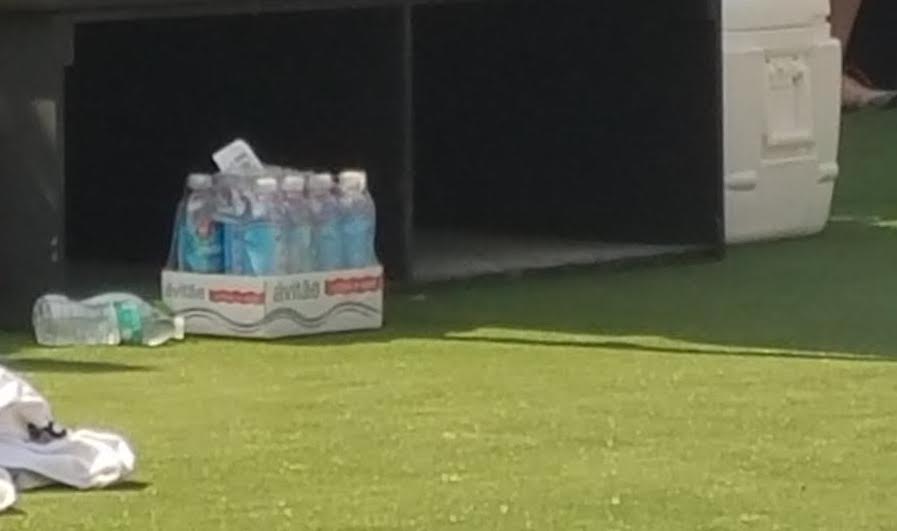 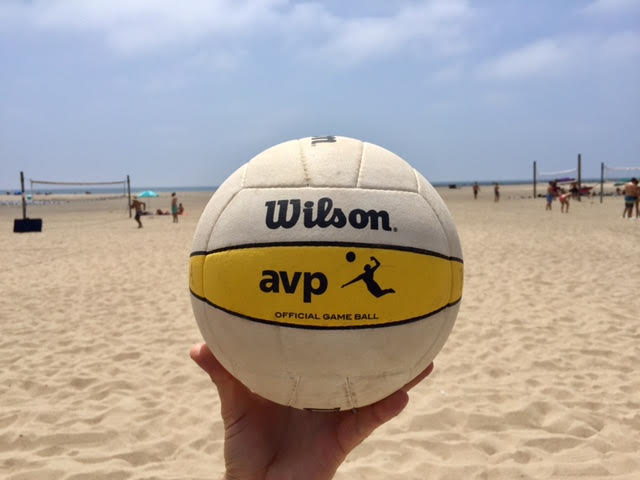 Equally disappointing was that there were NO recycling bins present at the event, and even worse, I sadly watched (and filmed) plastic spoons and plastic wrappers from vendors floating in the Hudson River during the 4-day event.

More than 8 million tons of plastic pollution ends up in our waterways and oceans every year, wreaking havoc on wildlife and fragile ecosystems. It’s time all of us stopped using single-use plastic like bottles, bags, cups, and straws.

It’s time the AVP and beach volleyball players stopped contributing to the problem and made better choices for the health of marine wildlife and our oceans.

Put pressure on the AVP in person! Games start in Manhattan Beach, CA, August 17-20 and Chicago, IL, August 31 to September 3.

Katheryn Keller is from Orange County, CA (home of the AVP). After spending her entire life in CA, she moved to Brooklyn, NY, earlier this year. She is a former www.cecsb.org Committee Member and a current www.5gyres.org Ambassador. She is passionate about educating the public on the issue of plastic pollution and corporate environmental responsibility.