A new campaign and children’s book raise awareness about the impact of balloon releases on wildlife and the environment. Writer Ellie Jackson, based in Cornwall, England, wrote Marli’s Tangled Tale, published in December, which uses a positive message to educate children about the damage caused by balloon releases.

To launch the book and bring attention to just how many balloons find their way onto our beaches and into the sea, one of Jackson’s daughter’s wore clothing made from discarded balloons created by Linda Thomas Eco Design. All balloons were collected from beaches in Cornwall by the 2 Minute Beach Clean community.

“I frequently come across balloons on our family walks or during beach cleans,” said Thomas, whose previous work includes a 72-foot long ‘Wave of Waste’ dress made from 100 discarded bodyboards.

“I became aware a few years ago that even the natural balloons are a big environmental hazard as they breakdown to look like jellyfish and other food sources for marine animals,” continued Thomas. “Ellie’s book is so uplifting and educational and so I wanted to find a way to both raise the profile that balloons blow and about her wonderful book.” 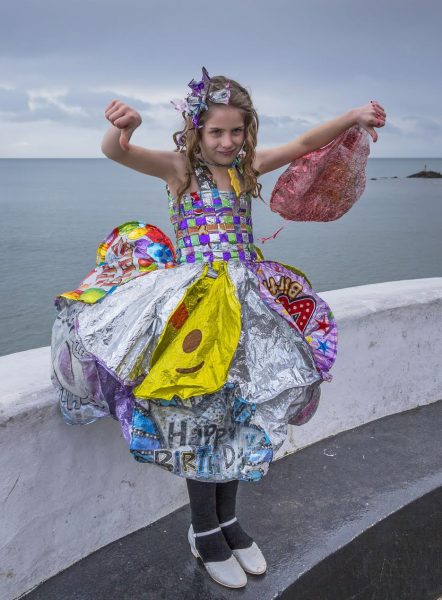 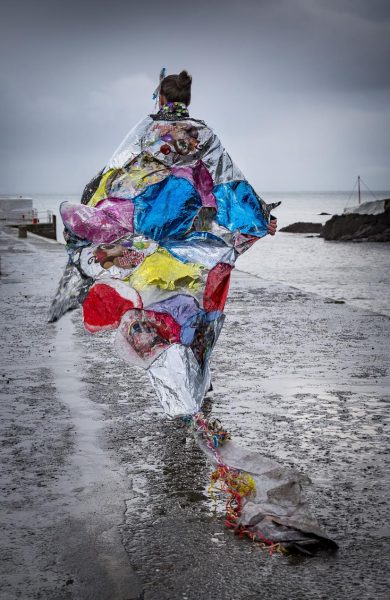 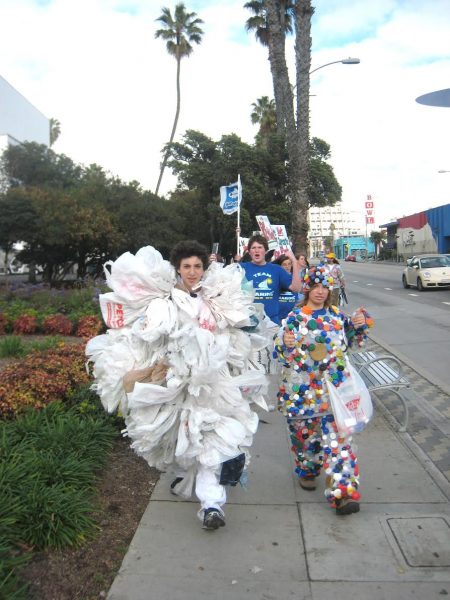 Dress up as a Plastic Bag Monster with 500-700 repurposed plastic bags (the average amount one person in the U.S. uses every year). 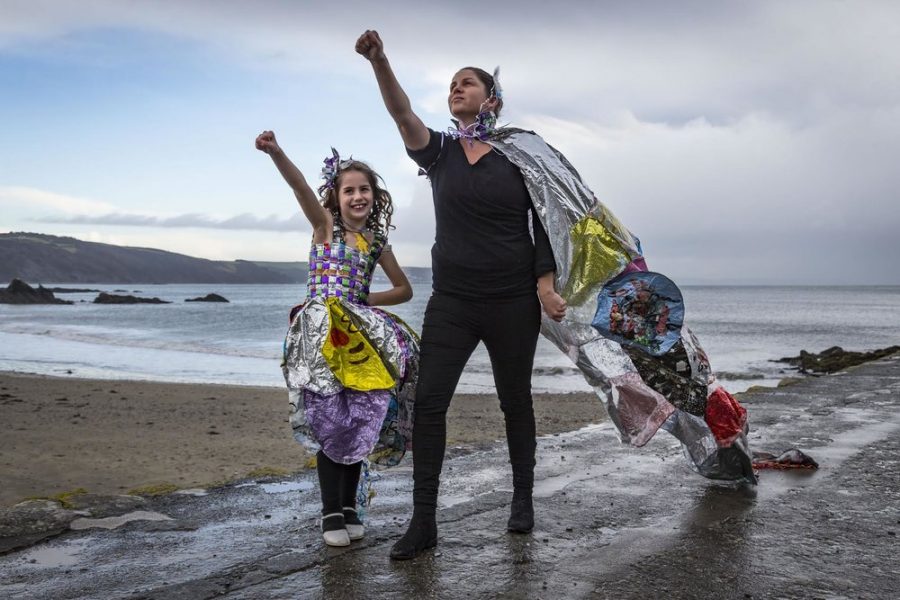 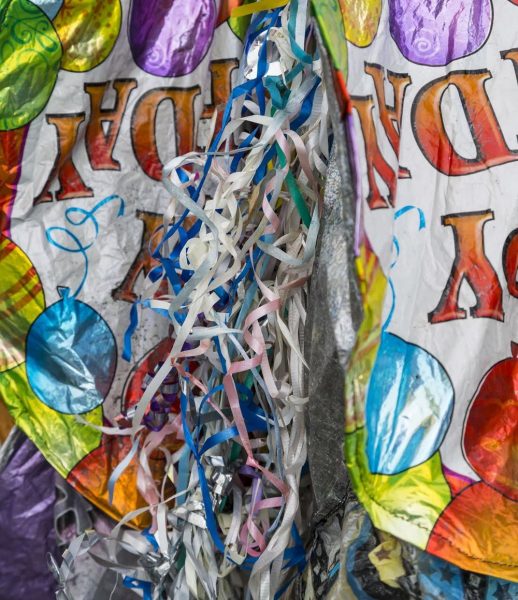 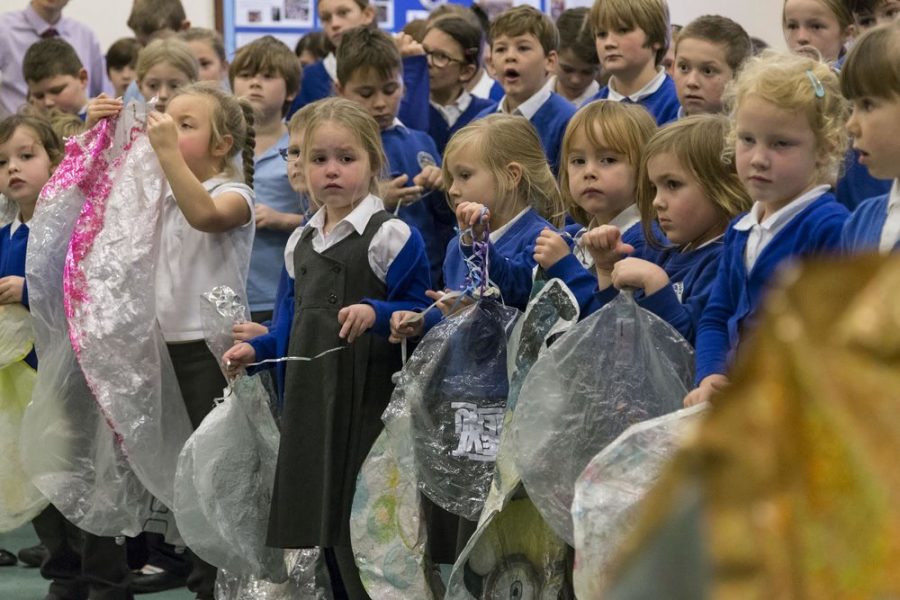 Children in Cornwall, England, hold up ninety-nine dead balloons that were collected on local beaches. 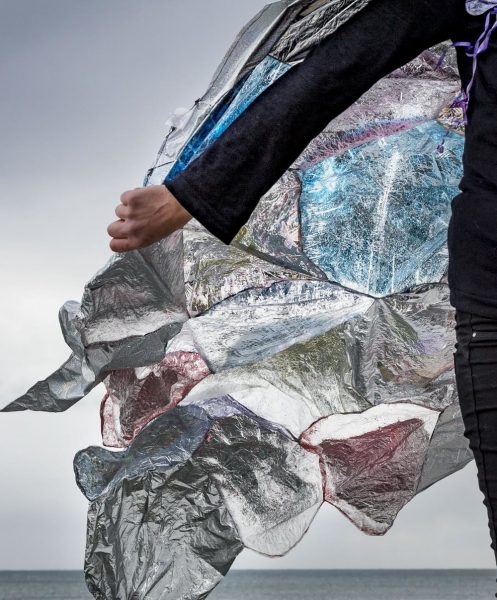 “Working on the balloon waste dress I discovered how the foil balloons are just glorified plastic bags,” said Thomas of foil or “mylar” balloons. “The longer they are at sea the silvery pattern flakes off and you are left with a clear plastic shape with ribbon dangling off it. Letting a balloon go is no different from standing on a cliff and letting a plastic bag attached to a ribbon go.”

Jackson, who lives by the sea in Looe, Cornwall, wrote her first book after a year spent on a tropical island, during which she and her family saw a turtle being released back into the ocean after a year of treatment for ingesting plastic.

She explained: “My children and I were transfixed by the sight of this beautiful creature being set free, and subsequently visited a turtle hospital on the mainland to find out more. Afterwards the children were obsessed with clearing litter from beaches so that they could help protect turtles and other sea life.”

For more information on the books of Ellie Jackson, please visit her site Duffy The Sea Turtle.

To learn more about the impact of balloon releases visit Balloons Blow.