Wonderfruit, Thailand’s pioneering, sustainable celebration of art and music has eliminated single-use plastic for its upcoming festival Dec. 14-17 in Pattaya, Thailand. The move is in line with Wonderfruit’s fundamental ethos of sustainability and community.

Now in its fourth year, Wonderfruit is built on six pillars: Arts, Music, Family, Farm to Feasts, Talks & Workshops, and Wellness & Adventures, all of which are informed by its ethos to use the event as a platform to catalyze meaningful and positive impact. 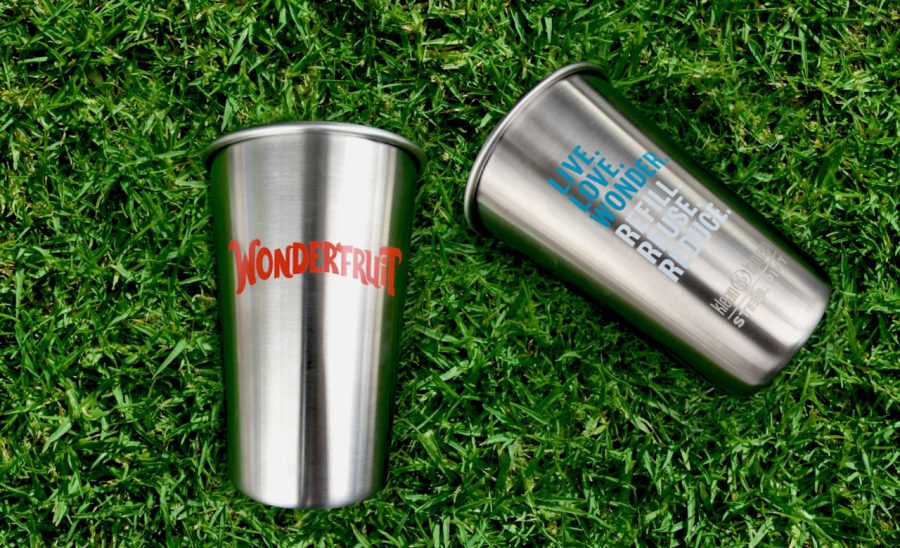 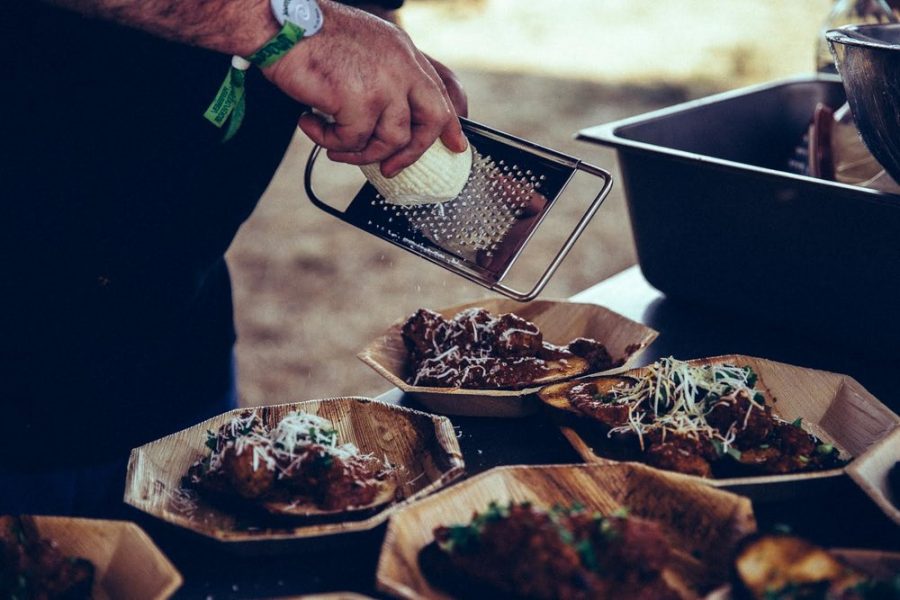 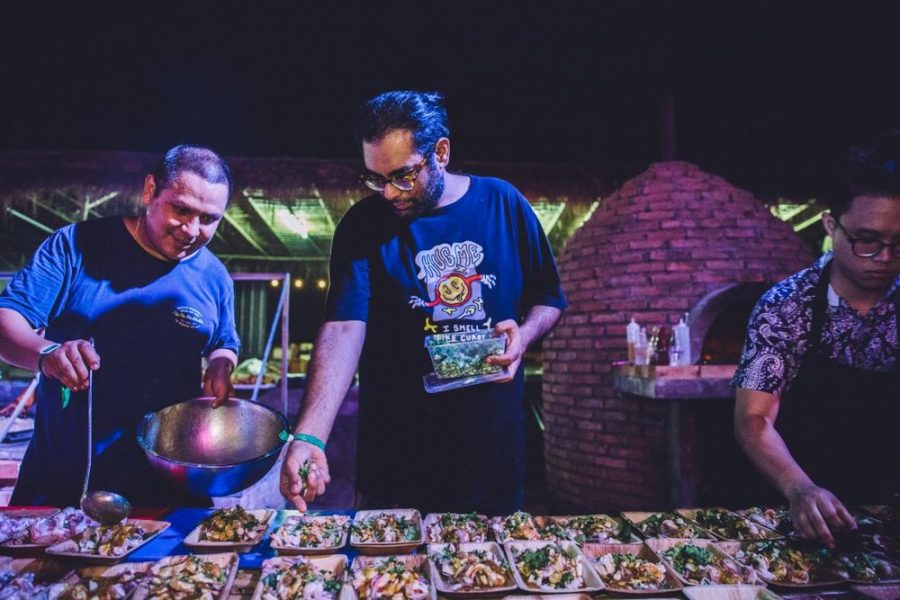 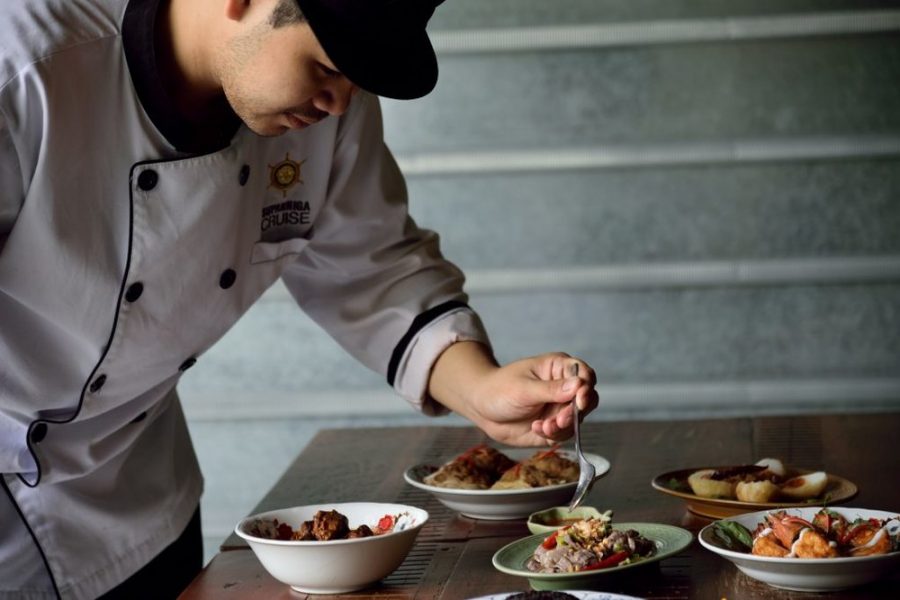 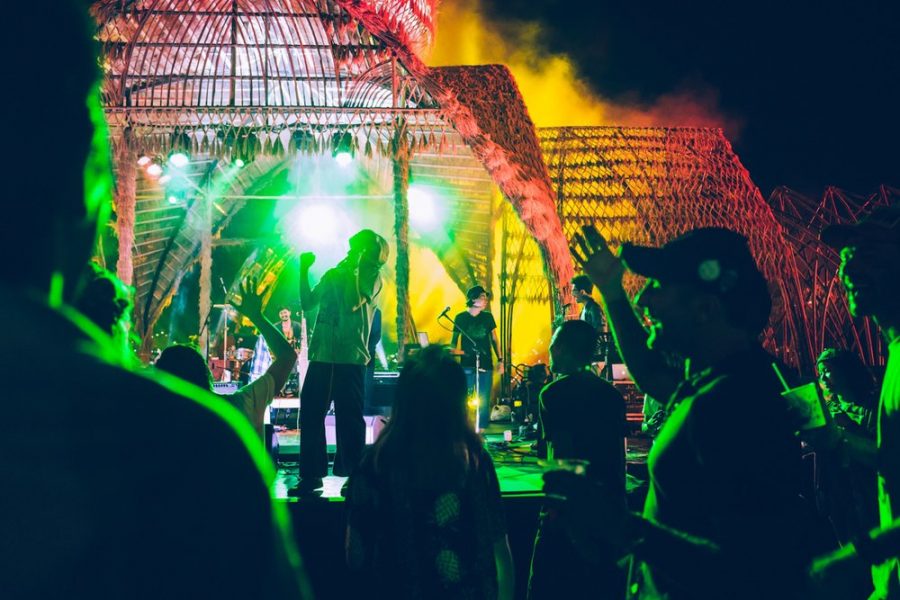 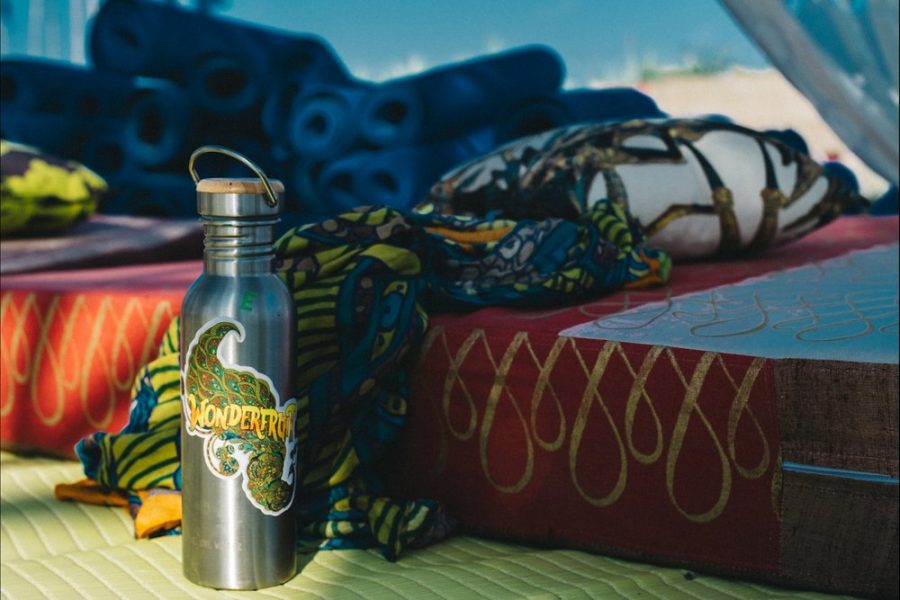 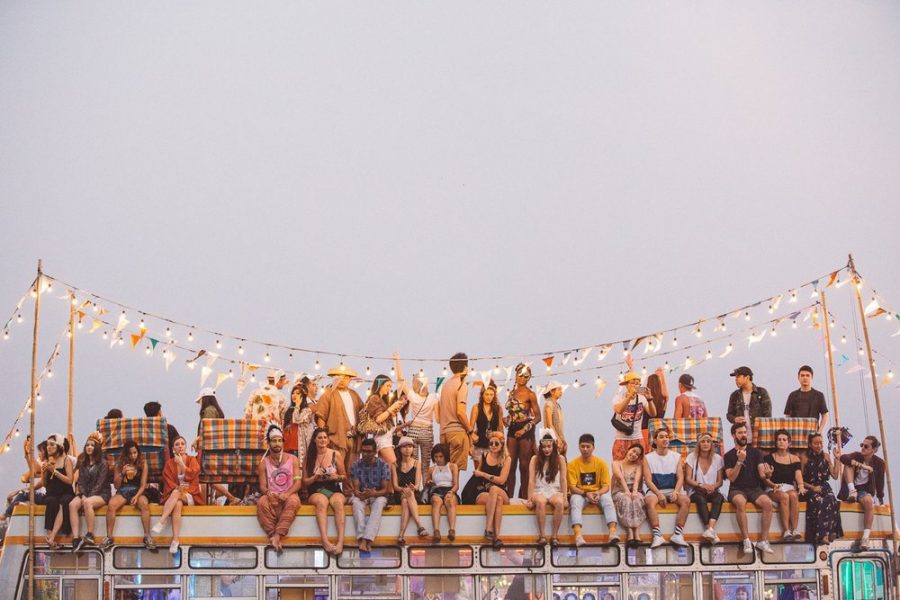 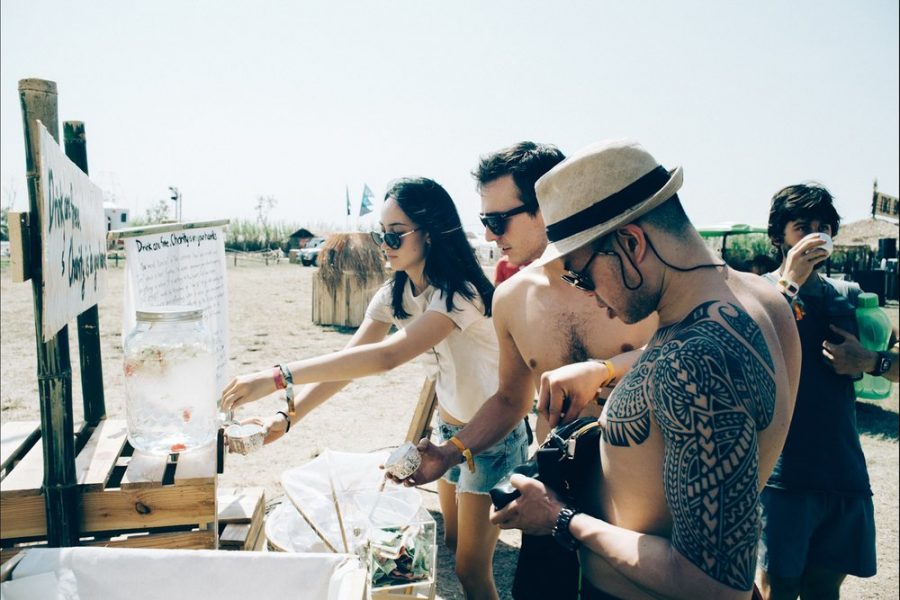 Throughout its history Wonderfruit has pioneered eco-friendly initiatives, including making the event carbon positive and planting a mangrove tree in Myanmar for every “Mangrove Drink” sold.

“I commend Wonderfruit for taking action to reduce the festival’s plastic footprint on the earth,” said Dianna Cohen. “Congratulations, Wonderfruit for working towards becoming a zero waste festival.”

A Look at Pollution in American Samoa, and the Nu’uuli Mangroves

Recently I had the opportunity to sit in on a planning meeting between the Environmental Protection Agency of American Samoa, Department of Marine Wildlife, and the American Samoa Power Authority to discuss the implementation and roll-out of a new pollution mitigation program. It was to include data collection to help assist in evaluating the types and sources of pollution on the coastlines of American Samoa.

Within three weeks of the meeting, I found this article in the local newspaper, the American Samoa News, about a group of roughly 25 individuals who collected 160 bags of waste during a cleanup of the Pala Lagoon on the opposite side of the Nu’uuli Mangroves.

With this in mind, I accepted an invite to take a short tour of a section of the mangroves, a section that stretches out into the lagoon and is one of the areas proposed to be mitigated by the EPA. What we found was heartbreaking. 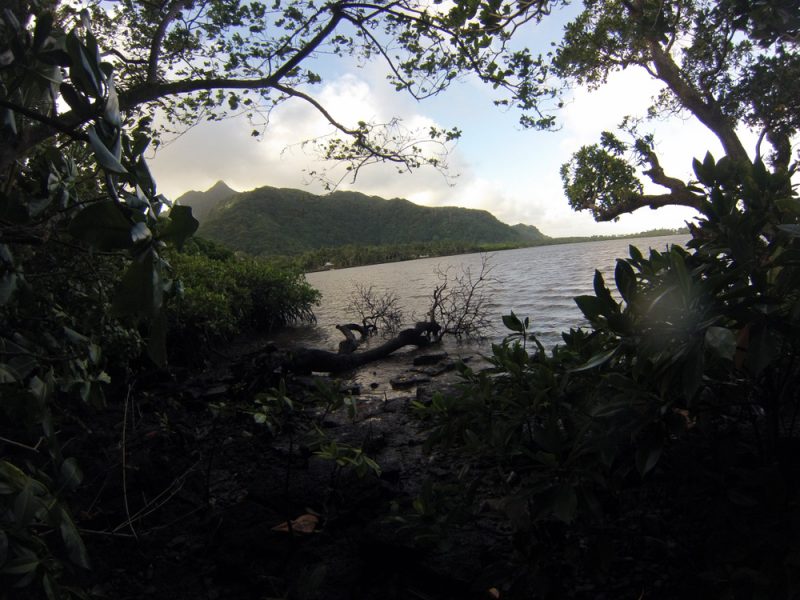 A picturesque scene from the Nu’uuli mangroves. Unfortunately, everything isn’t as beautiful as it seems. 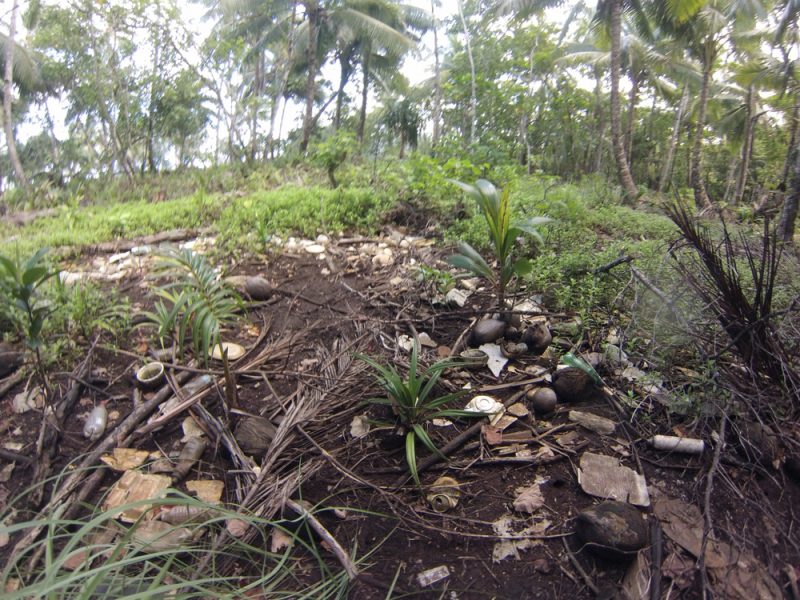 A look inland shows large swaths of pollution across the mangroves and inland island. 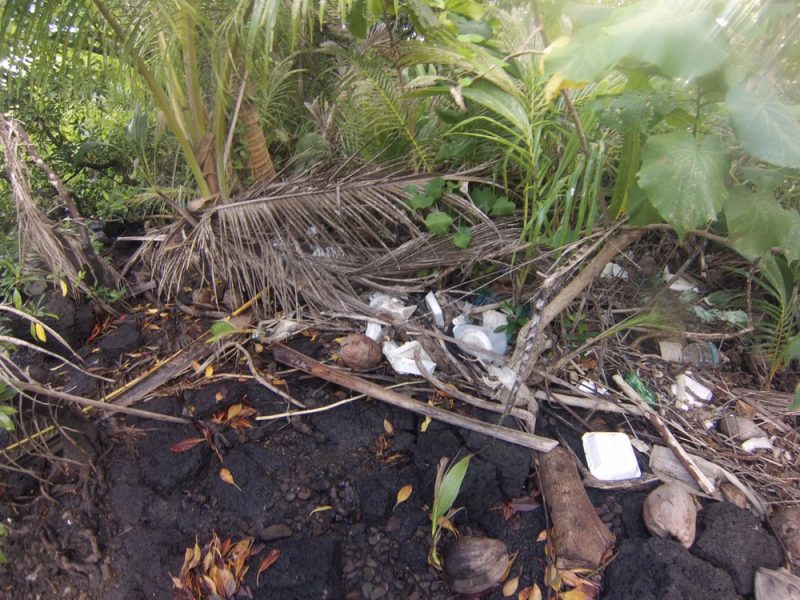 Polystyrene food containers, single-use beverage containers, and other signs of human consumption, are mixed with natural organic plant material at the mangroves shoreline. 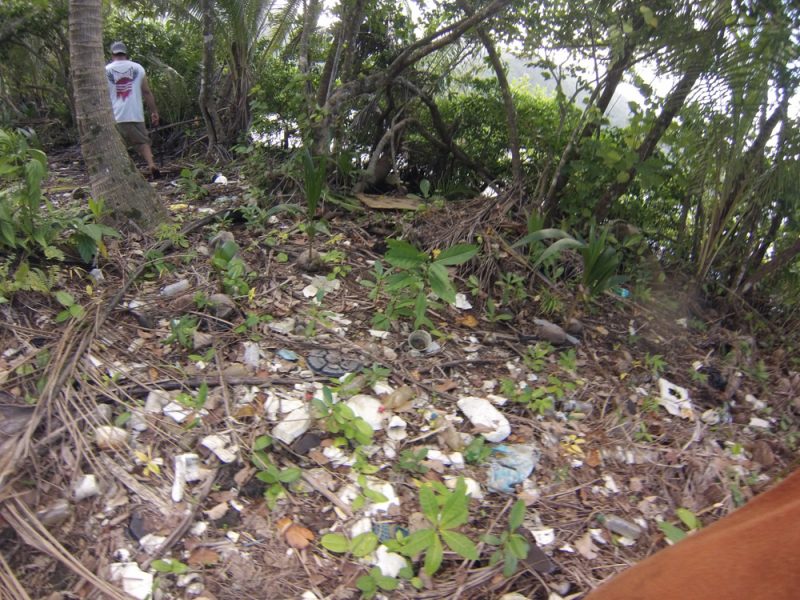 Nu’uuli mangroves 10 to 30 feet inland, you can see the waterline.

As I toured the mangroves, I had a conversation with Dennis Ahoia, a local business owner and family member tied to one of the pieces of land designated as part of the Nu’uuli Mangroves. This part of the island is uninhabited, yet the area is full of rubbish, and most of it is fairly new. After a short boat ride across the bay, Ahois lead me through the mangroves, most of which are completely undeveloped, and showed me sections where, decades ago, walls and foundations of families that used to live there are buried.

As he used his machete to clear a pathway, he explained to me his family’s involvement in cleaning up a portion of the land. His astonishment at the quantity of pollution was evident:

“Several years ago we were cleaning up a portion of this land, and a small fire spread across the mangroves,” he told me. “It burned for several days, and while it was unfortunate, it burned all the trash. So all of this — all of this is new.”

What amazed me the most is, there are significant barriers at the water’s edge that should, in theory, capture and limit the spread of rubbish in this area. But large portions of debris can be found up to 50 feet inland from the shoreline.

According to Ahoia, much of this pollution comes directly from the Village of Nu’uuli and the multiple streams that discharge into the bay. His disheartened amazement at the quantities of pollution was evident throughout our entire walk. “Where does all this come from?” he asked, shaking his head. “People don’t take care of their garbage and it ends up here.” Indeed, debris floats with the currents until it comes to the shoreline, where wind and varying tides carry it inland.

Managing this pollution is a multi-step process, and should first include extended producer responsibility, or EPR — holding manufacturers accountable for costs associated with the end-of-life of their products — and taking personal responsibility to put trash in its place. Secondary measures should be to avoid purchasing items that are common pollutants, like polystyrene foam take-out containers. Requesting that your local businesses purchase environmentally responsible packaging, and traveling with personal beverage and to-go containers, are additional measures to prevent the problem.

Additionally, active mitigation — cleaning up these type of areas — is also important.  Forming a group that gathers regularly is a great way to make an impact on pollution in your local area. By taking people out to clean up existing trash, we spread awareness and educate people about the impact litter makes. This blog on tips for running a successful community cleanup can be a great place to start. If you are interested in helping clean up American Samoa, please contact the EPA.

Brian Loma is an environmental scientist and blogger at CutThePlastic, where this article originated. Photos: Brian Loma