Pollution Found in the Most Remote Part of the World Ocean

New research published this week shows “extraordinary” levels of toxic pollution in the deepest point on Earth’s surface: the Mariana trench. Located in the western Pacific Ocean, to the east of the Mariana Islands, the trench is deeper than Mount. Everest is high, with a maximum-known depth of 36,070 feet.

Because of its depth and isolation, the Mariana trench was assumed to be among the few remaining pristine places on the planet, but a recent study led by Alan Jamieson of Newcastle University in England, has shown that nothing could be further from the truth.

Researchers found high levels of toxic industrial pollutants, including polychlorinated biphenyls (PCBs) and polybrominated diphenyl ethers (flame retardants). The amount of pollutants in the trench is so high that it outpaces those found in a heavily polluted Chinese river.

“The oceans comprise the largest biome on the planet, with the deep ocean operating as a potential sink for the pollutants and litter that are discarded into the seas,” writes Dr. Jamieson. “Of particular concern are the persistent organic pollutants (POPs) that are highly detrimental to organismal health through their endocrine disrupting properties.”

‘Bioconcentration’ has resulted in severe pollution for living things in the darkest and most remote part of the World Ocean. I am offended that they have corrupted ‘my place.’ This should be a wakeup call for all those who care about our planet’s health.

Captain Don Walsh USN (ret), Ph.D., and exploror and engineer Jacques Piccard were the first human beings to descend into the trench in 1960, where they hit a record depth of 35,798 feet. In 2012, filmmaker James Cameron also reached the bottom of the Challenger Deep, the deepest part of the trench, recording a maximum depth of 35,787 feet.

Captain Walsh explains what pollution in this remote place means for the planet’s health. “When Jacques Piccard and I piloted the Navy’s Bathyscaph Trieste to the deepest part of the Mariana trench in 1960 it was before the ‘plastics era’ had begun. However other deadly pollutants such as PCB’s were in full production. Now a half century later ‘bioconcentration’ has resulted in severe pollution for living things in the darkest and most remote part of the World Ocean. I am offended that they have corrupted ‘my place.’ This should be a wakeup call for all those who care about our planet’s health. And a reminder that less than 20 percent of the oceans have been fully explored.” 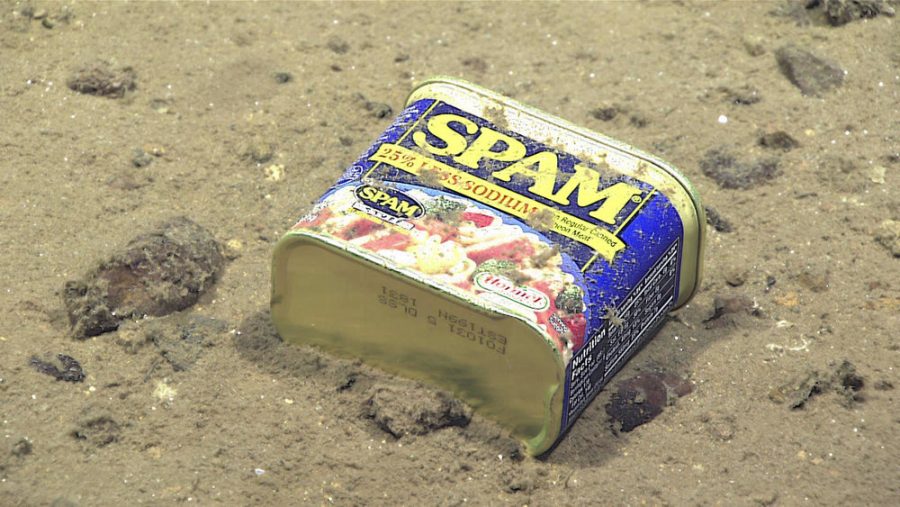 A container of Spam rests at 4,947 meters on the slopes of a canyon leading to the Sirena Deep in the Mariana trench. (NOAA Office of Ocean Exploration) 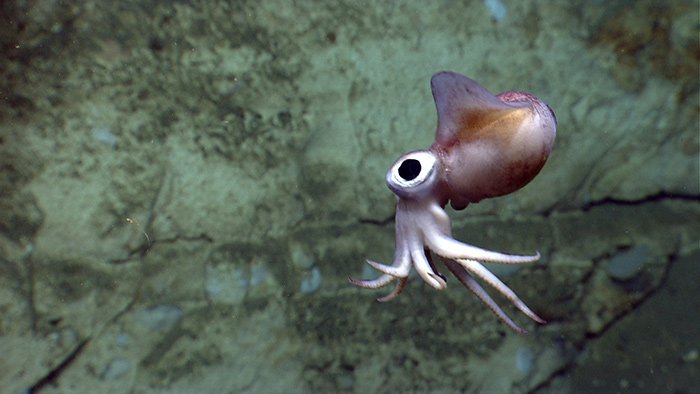