The Bahamas To Ban Plastic Bags

The Hon. Romauld Ferreira, The Bahamas’ Minister of Environment and Housing, recently announced a plan to ban plastic bags in The Bahamas. The announcement came after a youth delegation from environmental NGO Bahamas Plastic Movement (BPM) traveled from Eleuthera to Nassau to advocate for a nationwide ban on plastic bags for the country.

Bahamas Plastic Movement founder, Kristal Ambrose, said plastic bags are used in abundance in The Bahamas, along with other single-use and “disposable” plastic items such as plastic bottles, straws, cups, and polystyrene (also known as styrofoam) food containers.

“Our goal is to see a reduction in plastic bag use and plastic bag litter in the country, however our ultimate goal is to have a complete ban on plastic bags and styrofoam for the entire Bahamas by the year 2020,” said Ambrose.

Representatives from Bahamas Plastic Movement said if the rate of plastic pollution on beaches increases it could cause up to US $8.5 million in tourism losses annually for the country.

“Plastic bags are a major issue in this country as they are commonly used in businesses, so we wanted to confront this issue head on and propose a nationwide ban on plastic bags,” said BPM’s Ocean Ambassador Genderia Francis.

Before their meeting with Minister Ferreira, the students participated in a Youth Activism Workshop hosted by BPM. Over the course of four days, students learned to conduct social science surveys to gather data on the amount of plastic bags used by locals on a daily basis. With the help of local lawyer Ronique Carey, they learned about the legislative process of The Bahamas. After reviewing several case studies of countries around the world with effective plastic bag bans in place, the students successfully drafted a legally binding bill for a plastic bag regulation for The Bahamas, which was then presented to the Minister. The first phase of the proposed regulation requested a levy on plastic bags for businesses and an imposed plastic bag tax for consumers wishing to receive a plastic bag at the point of sale. 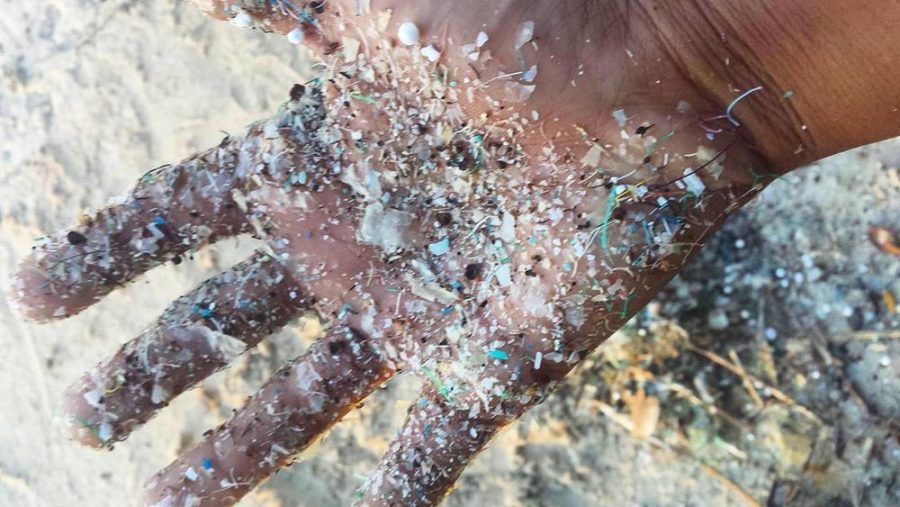 “Underneath the palm trees and embedded in our soft sand are microplastics.” Photo by BPM Ocean Ambassador Tarryn Johnson, at Cotton Bay Lagoon, Eleuthera. 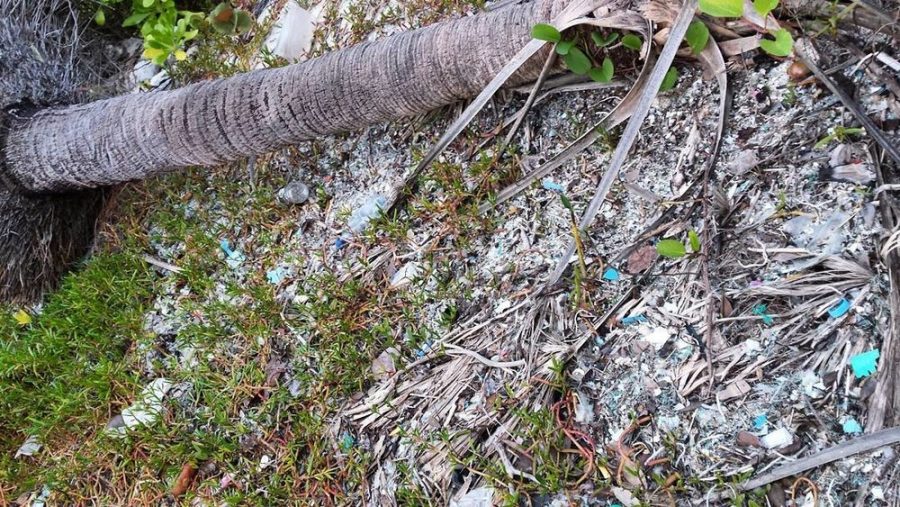 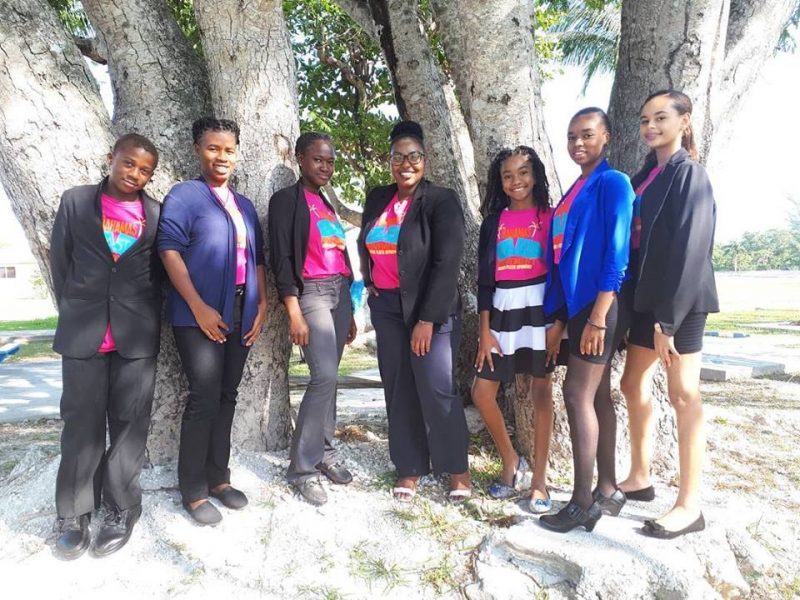 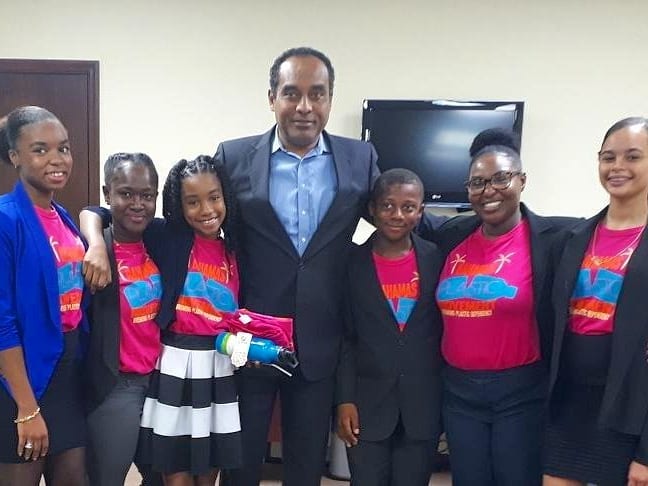 Youth from Bahamas Plastic Movement stand with the Minister 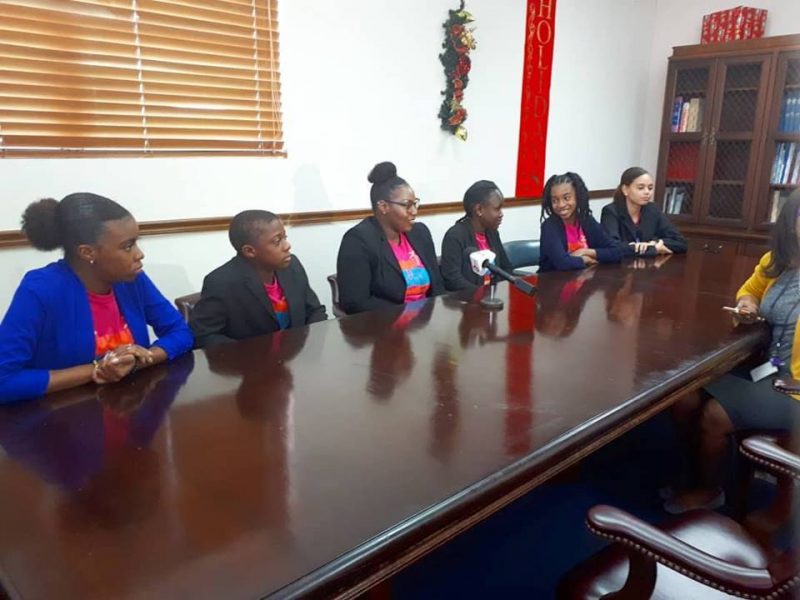 The youth delegation gives news interviews after speaking with the Minister.

Combining their knowledge of plastic pollution with their research findings and proposed draft bill, the youth asked Minister Ferreira to lead The Bahamas toward a plastic-free future. The youth delegation included Charma Morley (15), Traliyah Carey (15), Glenderia Francis (16), Abigail Ramnarine (10) and Tarryn Johnson (14). Following the presentation, Minister Ferreira expressed his gratitude and pride for the courage displayed by the youth.

In turn, Minister Ferreira proposed to ban plastic bags completely in The Bahamas, followed by various types of single-use plastics such as polystyrene (styrofoam). The Minister explained that the Ministry of Environment has been working on formulating and pushing regulations with Parliament that address plastic use in the country and agreed that through laws and swift action, the problem of plastic pollution will be reversed in The Bahamas.

“Someone has to make the change for our generation and if we don’t do it, no one else will, so we have to be the voice of our community and make a change in society,” said Charma Morley, BPM Ocean Ambassador.

“We are all ecstatic to have both the Minister’s and the Ministry’s full support in both the national and global fight against plastic as this will reap positive benefits for the ecosystem and human health and economic wellbeing of this country,” said Ambrose.