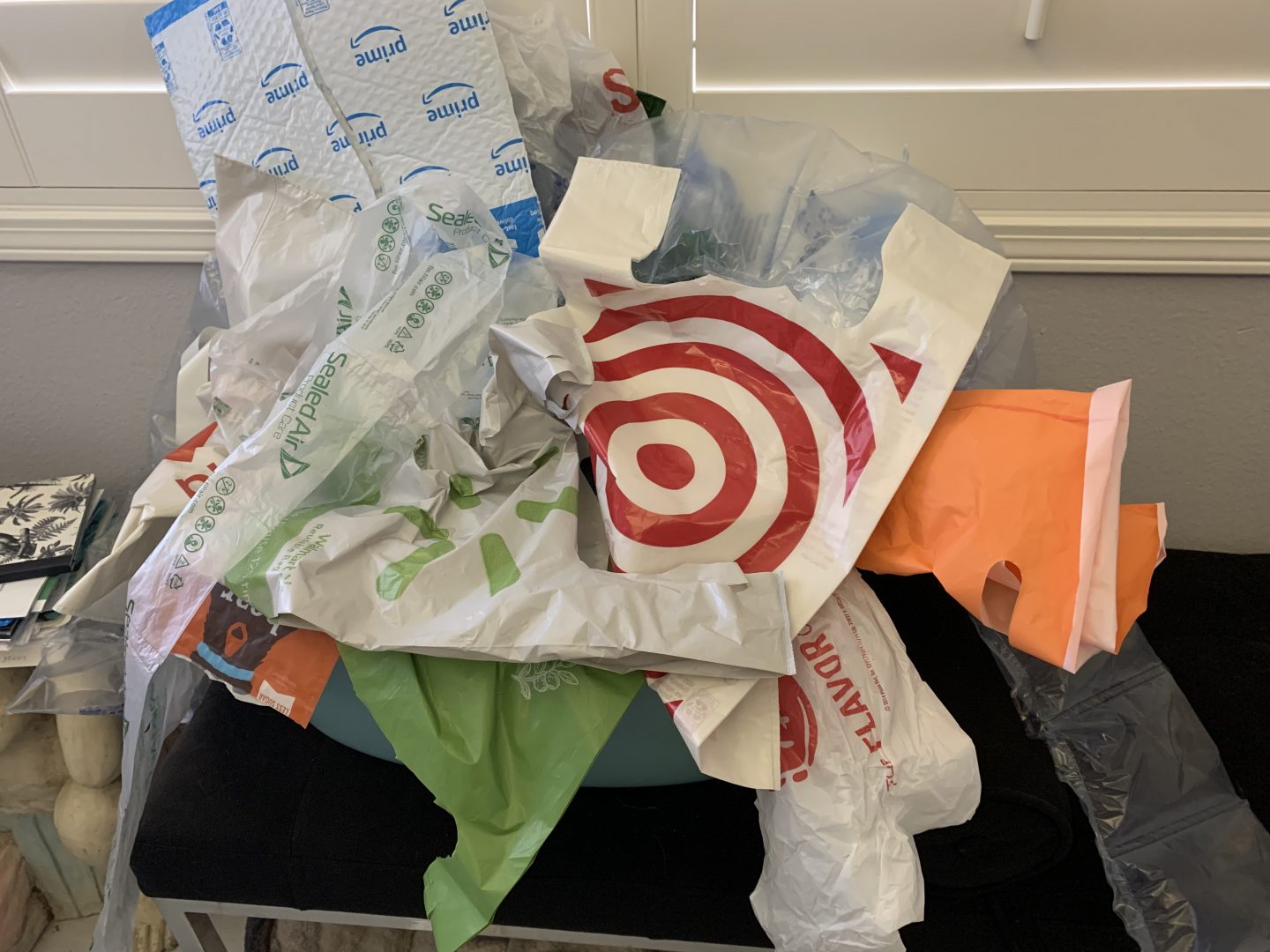 On June 3, 2022, The Last Beach Cleanup filed two lawsuits against retailers Gelson’s Market and Stater Brothers for allegedly selling illegal, non-recyclable plastic bags to California consumers in violation of SB270, which was voted into law by California voters in 2016. These lawsuits are the latest in a string of attempts by activists, NGOs, and representatives of California’s overburdened recycling infrastructure to see California’s laws regarding non-recyclable plastics enforced.

The Last Beach Cleanup has used civil litigation in the past to enforce labeling laws against deceptive recycling claims made by many companies including Coca-Cola, Procter & Gamble, Late July Snacks, Gerber, and L’Oreal as part of TerraCycle programs.

Why Plastic Bags are Allegedly Illegal in California

For the past six years, both California voters and the state legislature have taken progressive steps to reduce California’s consumption and disposal of single-use plastics statewide. In 2016, Californians voted to pass Prop 67, which banned the use and sale of plastic grocery bags. California’s plastic bag law requires the plastic bags to be “recyclable in the state,” which The Last Beach Cleanup and the California Statewide Recycling Commission claim they are not.

A 2020 report by Greenpeace USA found that only plastics and jugs made from plastics PET#1 and HDPE #2 (out of hundreds of types of plastic products) could legally be claimed to be recyclable in the United States, and even then recycling capacity is limited to an estimated 22.5% for PET #1 and 12% for HDPE #2. Today, the overall U.S. recycling rate is estimated at just 5 to 6% for all plastics combined. Plastic bags are typically made of LDPE plastic #4, a type of plastic that researchers have found breaks up rapidly into microplastics.

In October 2021, California Governor Gavin Newsom signed several historic pieces of legislation into law, intending to transform California from a top exporter of plastic pollution to a leading reducer. Among these new laws was an ordinance to remove the circular arrow label from single-use plastic items that cannot actually be recycled.

But the laws will only be effective if they are enforced.

It’s the wild, wild West of product claims and labeling for “recyclable” plastics right now, and there’s no sheriff in town.

According to The Last Beach Cleanup, an estimated 2 billion plastic shopping bags are distributed in California each year. At a glance, consumers see the circular arrow label that for decades has become the symbol of recyclability. Many of these bags and films, however, now contain fine print instructing consumers to “check locally” or drop them off at participating stores to be recycled. When they do reach store recycling programs, there is no evidence that the plastic bags are being recycled. A lack of transparency around where these bags are being sent ensures their final destination is hidden. According to the Berkeley Ecology Center, grocery store Berkeley Bowl said in 2019 that the plastic bags it collected were not recycled and instead were sent to a landfill, which prompted the store to end its plastic-bag collection program altogether.

More often, plastic bags and films are mistakenly placed by consumers in curbside recycling bins, causing equipment clogs and contamination in paper bales. California paper bales are exported to pulp mills in Indonesia and other countries where the plastic is removed from the paper and dumped to the environment or burned.

On December 3, 2021, the California Statewide Commission on Recycling Markets and Curbside Recycling sent an open letter to Governor Newsom and California Attorney General Rob Bonta asking that California’s laws with respect to labeling be enforced.

In February 2022, Plastic Pollution Coalition and 74 NGOs sent a letter to Governor Newsom and Attorney General Bonta supporting the California Statewide Commission on Recycling Markets and Curbside Recycling’s request to enforce California’s existing law banning the labeling of non-recyclable plastics with the circular arrow symbol. The full letter and list of signers can be read here.

Californians are being deceived by instructions to “Return the plastic bag to a participating store for recycling” and sent on a wild goose chase with no benefit. It is time to end The Great Store Drop-Off Charade in California. There is not a functioning store take-back system in California because (1) it is not required by law and (2) mixed post-consumer plastic film waste is worthless so there is no reason for stores to voluntarily collect it.

Though Governor Newsom and Attorney General Bonta have yet to respond to the NGO letter, California’s Department of Justice in April 2022 launched an unprecedented investigation into the fossil fuel and petrochemical industries for decades of misinformation as to the recyclability of plastic products.

At the center of the investigation is ExxonMobil, the fossil-fuel giant who, along with major plastic polluters like Coca-Cola, PepsiCo, and Nestlé, has for decades contributed untold sums of money to Keep America Beautiful, a greenwashing media public service campaign and nonprofit organization that, in the 1970s, began producing PSAs and commercials blaming consumers for plastic pollution and touting plastics recycling. The myths this messaging created continue to this day, and an investigation into ExxonMobil will determine what role the company has played in deceiving the public and what laws they may have broken in the process.

While many activists and NGOs celebrated the news of this historic investigation, there was also disappointment with the California Department of Justice’s silence with respect to the continued illegal sale of non-recyclable plastic bags and films. Allowing plastic bags to continue to carry the recycling symbol helps perpetuate the plastic recycling myth among the public, which is a form of plastic industry greenwashing.

Perhaps our request to the State Attorney General helped spur this larger investigation. This is welcome action at a grand scale, but I’m disappointed that a California authority hasn’t yet taken up the investigation into illegal sales of thick “reusable” plastic bags that should be stopped now.

What You Can Do

Although the lawsuit by The Last Beach Cleanup targets specific California retailers, the enforcement of California laws holds true for all retailers that do business in California. The implication is that essentially all stores are breaking the law by selling plastic bags.

California is in fact lagging on plastic bag laws. New Jersey has banned both single-use paper and plastic bags and now only allows reusable bags.

While further action from state and local authorities is yet to be seen, you can make a difference now and pledge to refuse single-use plastic bags, even those that include recycling labels. These bags clog recycling infrastructure and strain an already overtaxed recycling system.