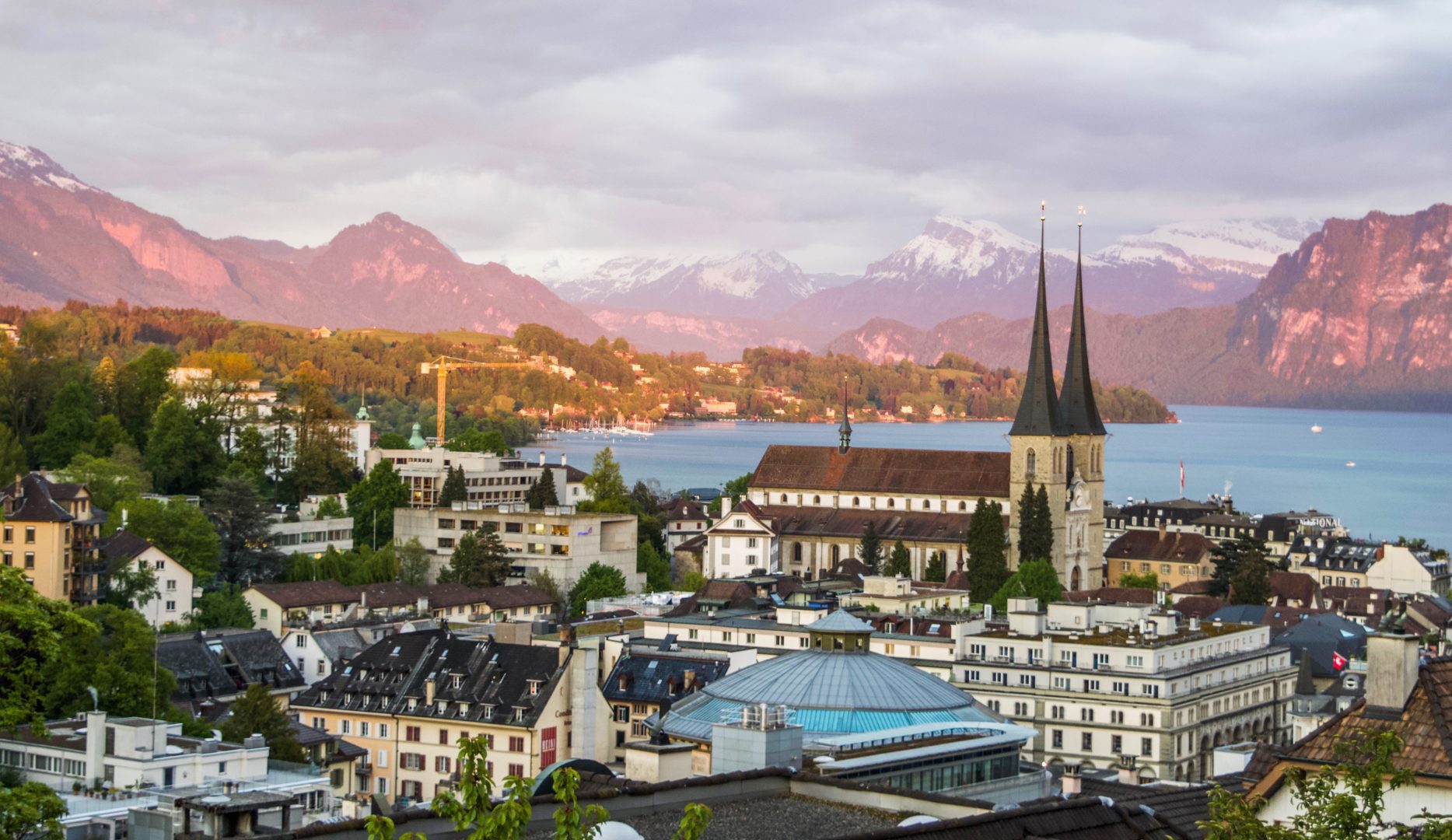 Kareena Desai is a Plastic Pollution Coalition Youth Ambassador, age 11. She recently went on a trip to Switzerland & France and wanted to share her experience and highlight the effective ways both countries are reducing their use of single-use plastic.

Hi! I’m Kareena Desai. I am the founder and CEO of Perform For Change, a non-profit organization that raises money for important environmental causes through projects and performances. I recently went on a trip to Europe. On that trip, I saw many simple things that Switzerland and Paris, France, do to reduce the use of single-use plastic that we could also do in the United States, where I live.

While I was walking around town in Lucerne, Switzerland, there were vendors selling chestnuts. The chestnuts came in compostable bags that had little pockets where you could put the shells in and compost the whole bag later.

In a window of a clothing store, there was a sign that said, “Be aware of what you wear” with a plant symbol next to it. It was nice to see that there were messages reminding people to be environmentally friendly with their clothing.

One day we went to eat at a cafe called Velo Cafe. They had reusable utensils in a reused can and napkins made from 100% recycled plant material. 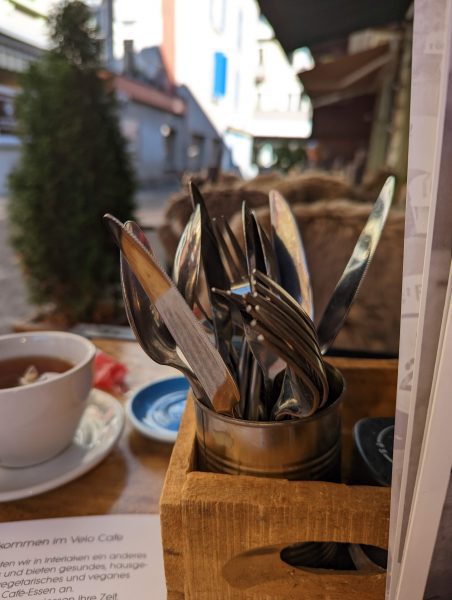 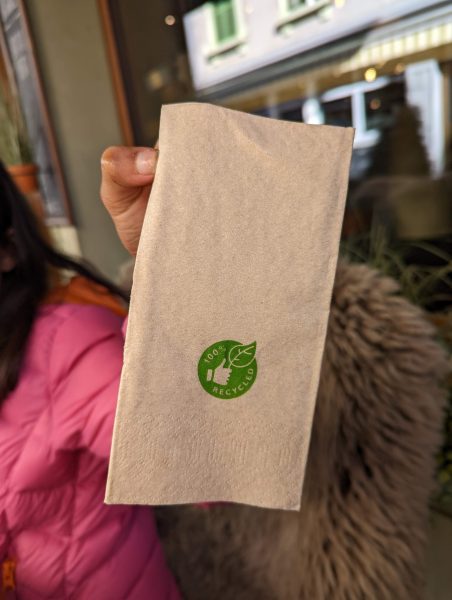 On a train in Switzerland, there was a sign saying, “If you don’t preheat your oven you will save 20% of energy.” There were also water faucets that dispensed water and soap at the same time, saving 90% of the water you would have used to wash your hands! These types of signs and information were everywhere to remind people to do what they can to keep the planet healthy.

In Paris, France, at the Hotel Novotel, there was no single-use plastic at all used by the hotel! In each hotel room, they had reusable shampoo bottles. They also had shower caps in compostable packages that said “let’s act together to reduce plastic.” They also had completely compostable cups, and the room keys were also made from recycled wood! 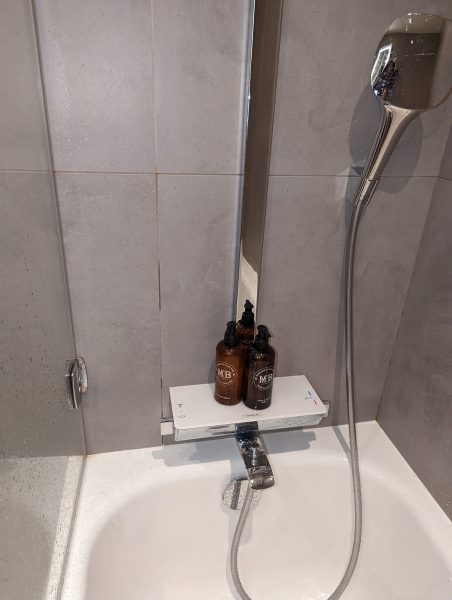 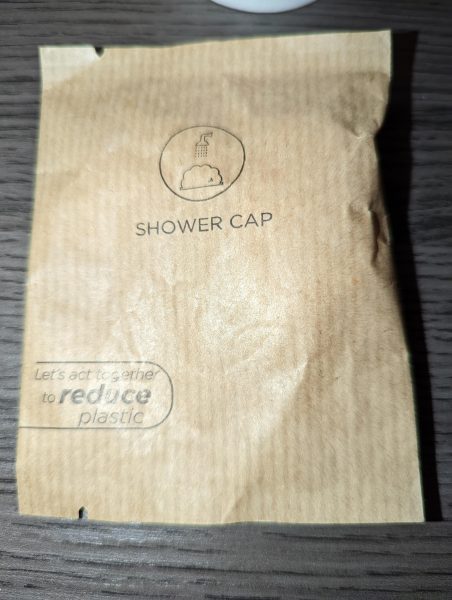 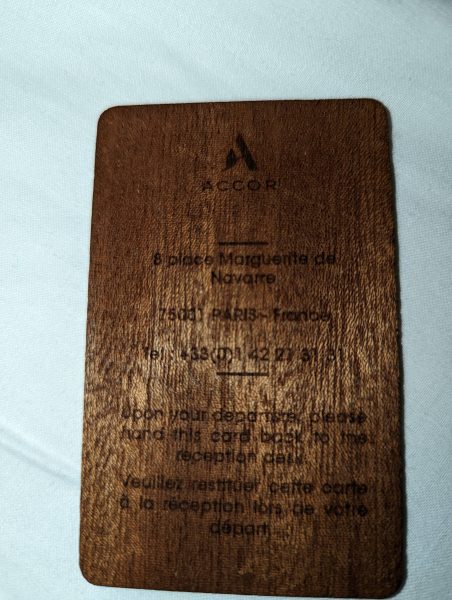 For breakfast, there was milk in glass jugs. All the fruits were in wooden crates, and you could cut them yourself with a reusable knife. There were condiments and yogurt in little glass containers along with a butter stick on a cutting board.

When you entered the hotel, there was a glass jug with water in it and little glass cups on the sides.

One place we visited in Paris, called the Shakespeare Cafe, had cups made from recycled coffee grounds.

At a park, they had compost signs and bins to help people compost in the right places. 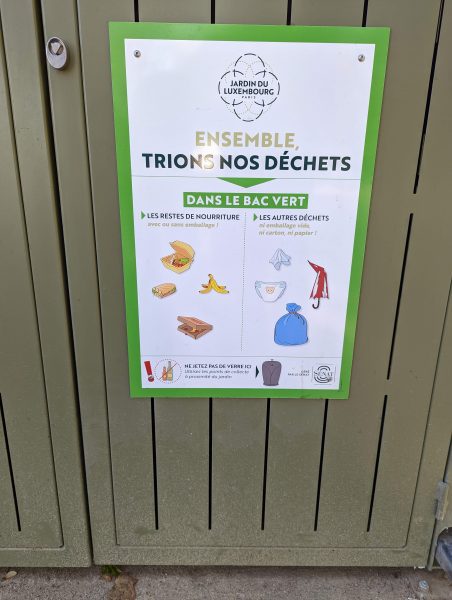 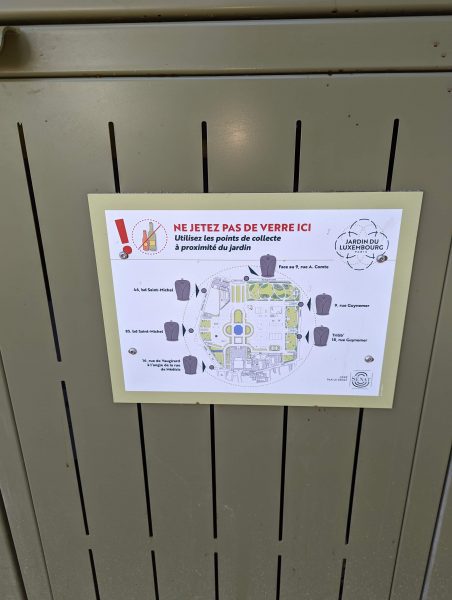 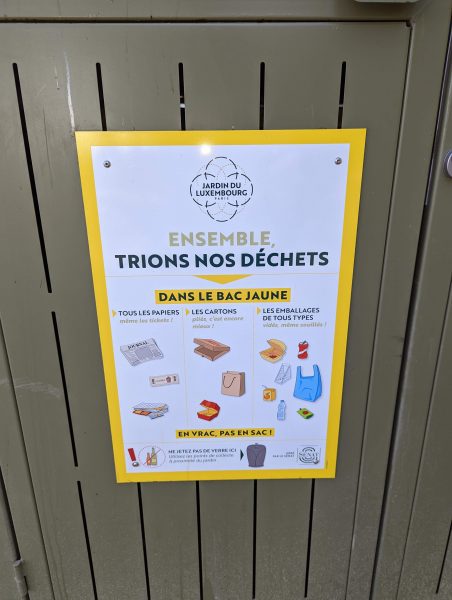 In conclusion, I saw some really great and simple things in Europe that could help stop the use of single-use plastic in the U.S. as well. I hope that we can start to shift to some of those ways of doing things.