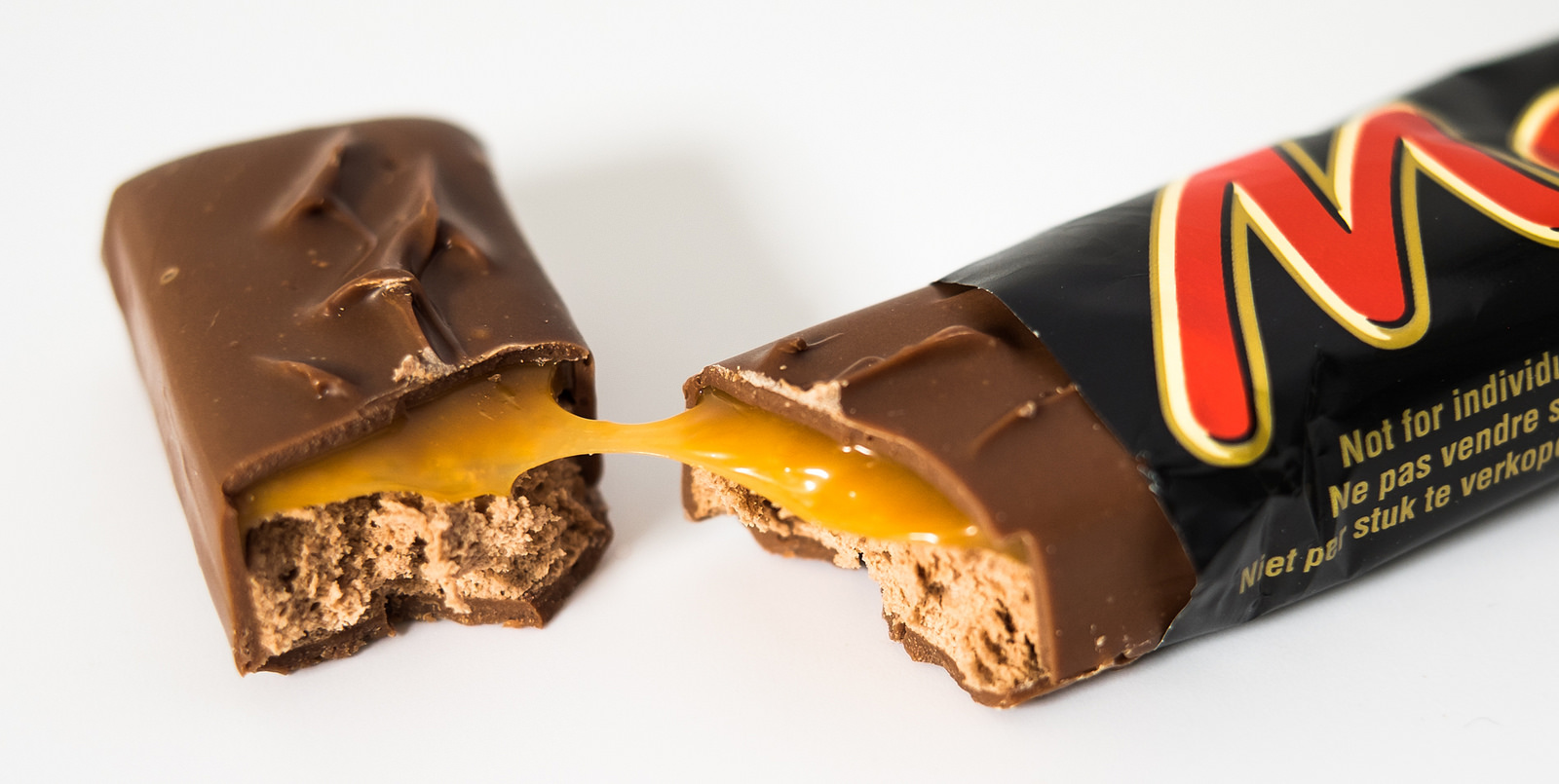 The New York Times just reported that Mars Corporation has recalled its candy bars in 55 countries after red plastic was found in a Snickers bar traced back to a Mars factory in the Netherlands. As an expert in plastic pollution, I had to snicker at this finding, outrageous as it is, because most of us are eating plastic every day, even if we don’t see a telltale sign like a piece of red plastic in our chocolate bar.

Why So Much Plastic?

Our global economy and reliance of fossil fuels has the side effect of a lot of petrochemical packaging (a.k.a. plastic) being shipped around the globe to deliver goods. Whereas we once had local economies that relied on the return of containers for refill, or shoppers bringing their own containers to market to get food directly from farmers or manufacturers, we now rely on a global delivery of foods and products to markets. Most of the items are packaged in plastic because it is lightweight and cheap.

Plastic is so cheap thanks to a glut in natural gas and petroleum. The glut is due to ever more aggressive methods of finding the last drops, however hidden in the bowels of the earth or sea. Think fracking, tar sands extraction and drilling at sea. Plastic is so cheap that virgin plastic is favored over recycled plastic, and barely any plastic gets recycled, even if it makes it to a recycling bin.

How Does Plastic Get Into Our Food?

We currently recover only about five to 10 percent of the plastic produced. About 50 percent gets buried in landfill where it will not biodegrade.

Much of the remainder eventually gets washed to sea where it breaks down into smaller bits and gets consumed by sea creatures, entering our food chain. New studies show plastic waste in the guts of fish we consume. And research shows that the toxins in the plastic, plus toxins they attract from surrounding waters, are being absorbed by the flesh and organs of creatures that eat the plastic. These same petrochemicals are found in humans, probably both from our poisoned food chain and from plastic packaging that poisons our food directly.

Health Impacts of Plastic in Our Food

So, your food is contaminated with toxic chemicals from plastics. These chemicals you are eating and drinking are changing you on a cellular level, altering your chromosomes in ways that can lead to infertility, obesity and cancer. For women, estrogenic mimicking chemicals can cause breast cancer; for men, these chemicals cause prostrate cancer, reduced penis and testicle size and low testosterone. These threats are not hypothetical. They have been proven in the lab and demonstrated in real world studies.

One of the most important studies on BPA was a Rhesus Monkey study (Patricia Hunt, University of Washington). We share 95 percent of our DNA with Rhesus monkeys, so when they are shown to have genetic damage from BPA, we can be pretty sure the same thing is happening to us. The study provides the strongest evidence yet that estrogen-like chemicals like BPA alter chromosomes, increasing the risk of birth defects and miscarriages. The study used levels of BPA similar to those that humans are exposed to though our food and drink and many consumer products (including receipts). The study showed that cellular damage can hit three generations at once. BPA can affect a pregnant mother, her unborn fetus and, if that fetus is female, that fetus’s future offspring.

Message to Mars From Earthlings

So we have a plastic poisoning epidemic, and it’s not just a Mars Bar problem. Thank you, Mars, for the recall of your bars that may have bits of red plastic from careless production. But, I call upon Mars to take this PR crisis to heart and do something much more meaningful than the recall. Please stop packaging your bars and other products in plastic. Food wrappers, including those for candy, are the number two most common item found on beaches worldwide on International Coastal Cleanup Day. Fish, birds and people are literally choking on plastic pollution. A paper-wrapped Mars Bar is part of a real solution to plastic pollution.

Lisa Kaas Boyle is an environmental attorney and consultant, and a PPC co-founder.

0 responses to “Earth to Mars: Stop Wrapping Candy in Plastic”